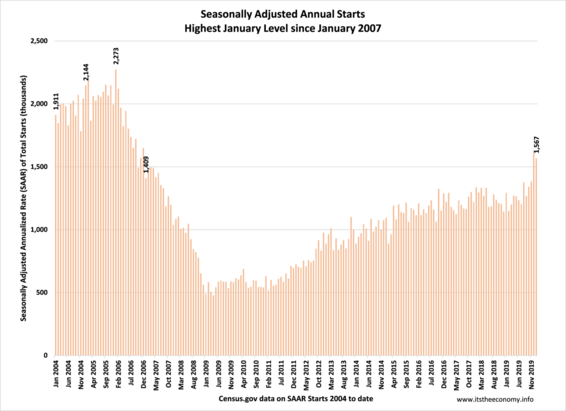 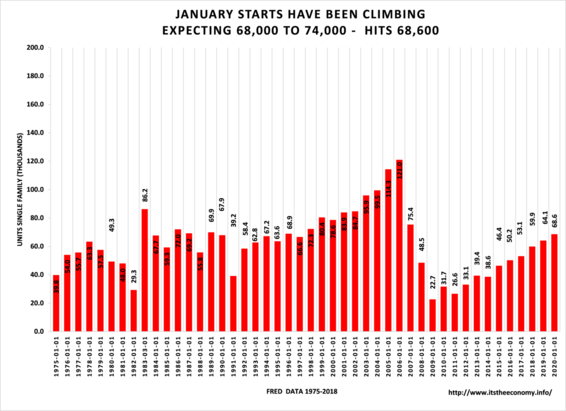 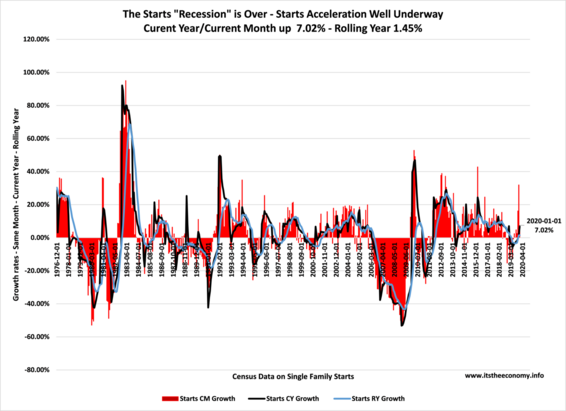 The Monthly Real Estate Reports are being released for January

New Home Starts came in at 68,600. This was the best January level of NSA Single Family Starts since January 2007, as the economy was slowing. This is better than January 2009 through January 2019. New home starts are up 7.02% from last January. This means that the current year growth rate is also 7.02%. This is pulling up the rolling year/trailing year rate of 1.45%. The "Starts Recession" is over, for now.

Completions soared during 2019. It is expected that completions will drop dramatically, month to month and jump January to January, non-seasonally adjusted, with  between 91,000 and 97,000 units completed. This would have been a sizeable spike from last year's 87,200 and possibly back to levels not seen since January 2006.

New Home Construction tends to lead to New Home Sales. New Home Sales have been rising January to January.  Inventory is the name of the game, and inventory could go either way this month.  New Home sales tend to rise January through March.When the Seasonally Adjusted Annual  Rate of Sales data is released next week it could be astounding.