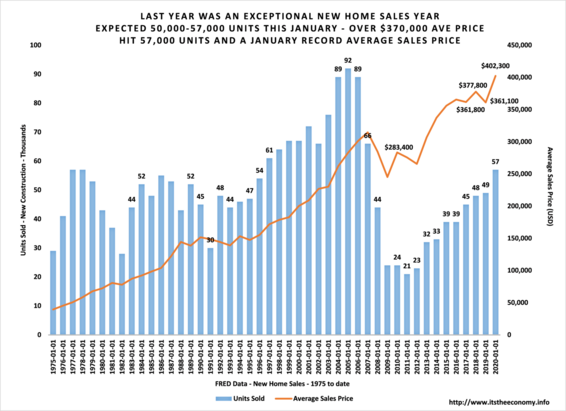 The Monthly Real Estate Reports for January have been remarkable

New Home Sales spiked 16.3% from the January 2019 level.  The article "January Housing Forecast: Upward Momentum" examined the month to month data, as well as the January to January data, and projected that sales could spike by 8%, month to month, or drop 2%. It was not expected to drop due to the strong data that we have been receiving. It also looked like the January to January data could rise by 6% to 16%%. The spike of 16.3% from last January reflected an 18.75% gain month to month, non-seasonally adjusted. The 57,000 non-seasonally adjusted units was the best for January since January 2007.

Inventory is the name of the game, and inventory could have gone either way this month. Inventory hit a multi-year high during January 2019. The level dropped throughout the year due to strong new home sales. The annual data pointed to a level comparable to last January, between  349,000 and 352,000. January to January spikes in inventory mean that we could see in excess of 360,000 units. Something in the 340,000 to 345,000 range seemed more reasonable. Inventory rose slightly from 325,000 units during December to 327,000 units during January. It appears that builders are having a hard time replacing the inventory that they are selling.

New Home sales tend to rise January through March. Last year we had ten months with more than 50,000 sales a month, with January and December being the "shoulder months." A stronger January s expected because January 2019 had massive headwinds.

The SAAR for Sales was better this January than it was during any month last year. The SAAR peaked at 729,000 units during June of 2019. This was the best January SAAR since January 2007. It was the best month since July 2007 when it was 778,000 units. This number should have sent the stock market soaring. New home sales create spikes in retail sales. 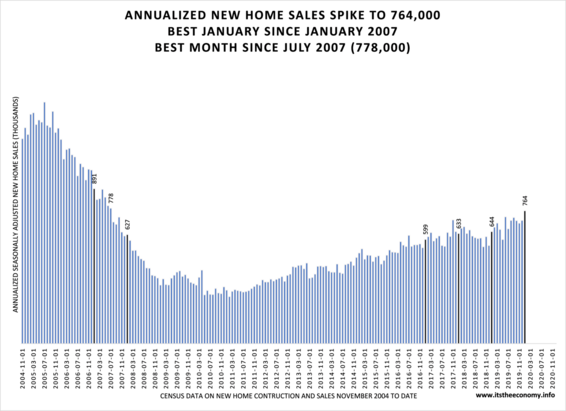 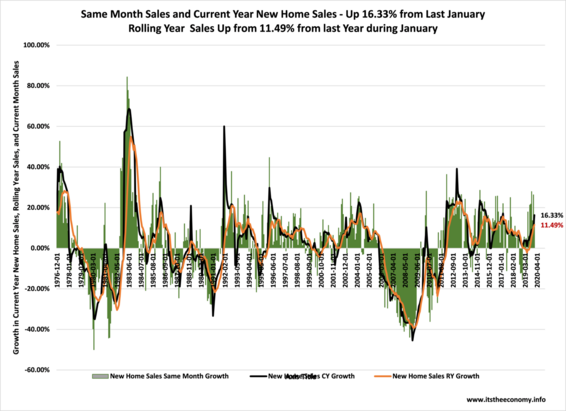 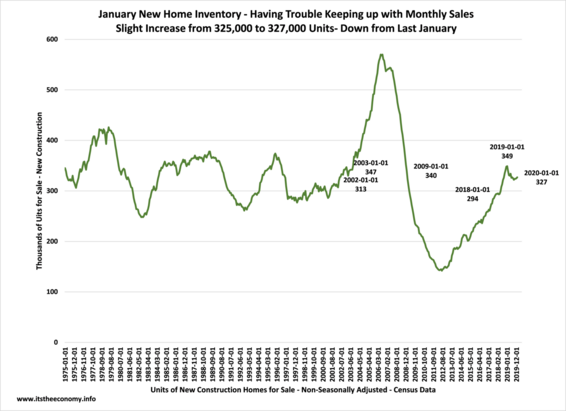