The Monthly Treasury report for January was released Tuesday. The debt clock stands at $20.6 trillion dollars, even after turning a surplus of $49 Billion. The underlying situation can be identified in three tables:

This column has written numerous articles on the debt and deficit issue. "Uncle Sam is a Trust Fund Baby" details how the Federal Government has raided Trust funds to reduce deficits. A prior article  article "Federal Debt: Still Mortgaging Our Future" compares the Debt to the mortgage on a house. We would have to spend $1 trillion a year for thirty years to pay off our debt. That means running a surplus of over $80 a month, every month of the year.

The clock is ticking. Improving revenue will hep lower the deficit and the debt only if we rein in spending. Our problem is not Mandatory Spending, Social Security and Medicare/Medicaid, it is discretionary spending. We need to so discretion on our spending. 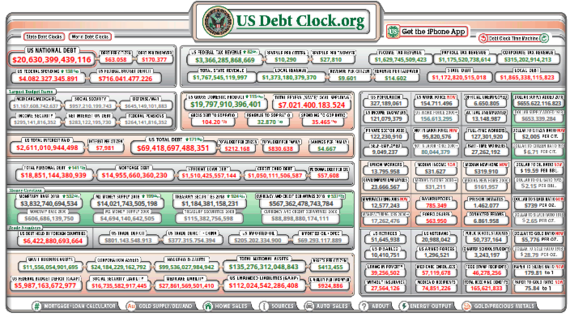