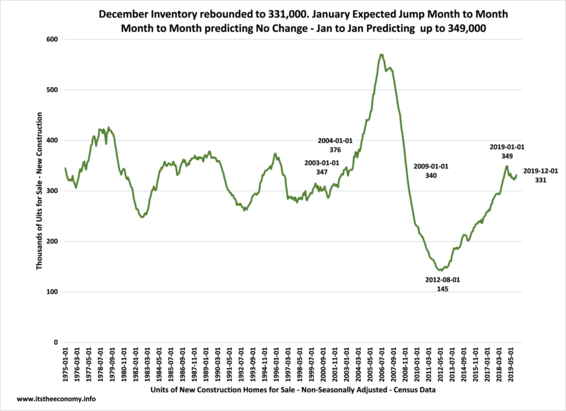 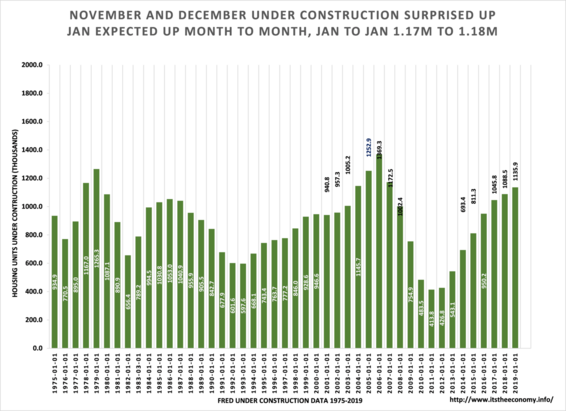 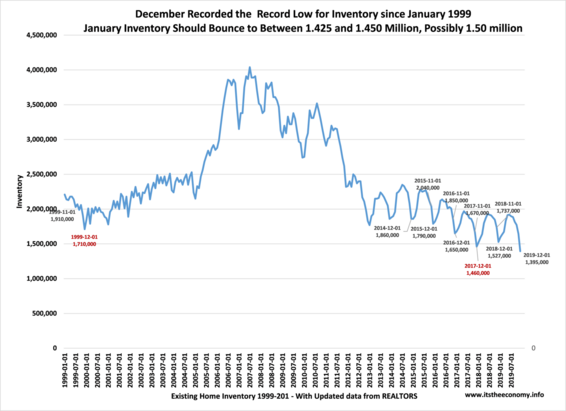 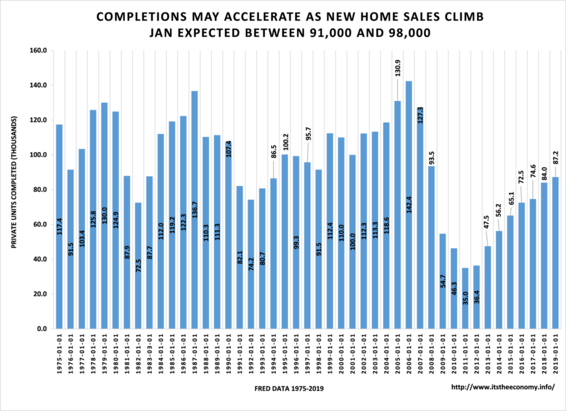 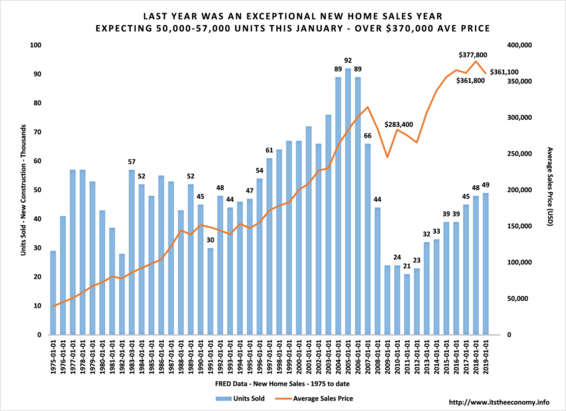 Be careful with the Seasonally Adjusted Annual Rates (SAAR.)  New home starts tend to peak during April. Last Year Starts peaked during July. If we have better months than expected the starts during May, June, or July, then the SAAR rates may decline very little or not at all during May, June, and July. The SAAR for Starts should rise through April. Completions tend to peak during June, July and August. This is when the SAAR for Completions should peak. Compare apple to apples, or in this case, January to January.

We could reasonably expect all three categories to see then SAARs jump month to month this month. The December NRC report can be found here.

New Home Construction tends to lead to New Home Sales. New Home Sales have been rising January to January. The non-seasonally adjusted sales level can drop by 2% or rise by 8% this month. Again, do not be surprised if we see spikes January to January. We did not have a shutdown this January. The January to January data indicates that we could expect 51,000 to 57,000 single family units sold. The Month to month data indicates 46,000 to 50,000 units sold. We have not had a "50,0000 January" since January 2007. Expect around 51,000 to 54,000 new homes sold this January.

Inventory is the name of the game, and inventory could go either way this month. Inventory hit a multi-year high during January 2019. The level dropped throughout the year due to strong new home sales. The annual data is pointing to a level comparable to last January, between  349,000 and 352,000. January to January spikes in inventory mean that we could see in excess of 360,000 units. Something in the 340,000 to 345,000 range seems more reasonable.

New Home sales tend to rise January through March. Last year we had ten months with more than 50,000 sales a month, with January and December being the "shoulder months." A stronger January s expected because January 2019 had massive headwinds.

Inventory, the lack thereof, has been holding back existing home sales for five years. This column has discussed the record low December inventory levels since 2015. The lowest level of monthly inventory recorded since January 1999 was recorded during December 2019. December tends to be the month with the least inventory. Inventory is expected to rise 1% to 4% this month, to a level of 1.425 million to 1.596 million units. The January to January level is expected to drop up to 6% or grow by up to 5%. This metric is projecting a range of 1.408 million to 1.450 million. We should expect a level of 1.425M to 1.450 million. We should not be surprised if we approach 1.500 million units. 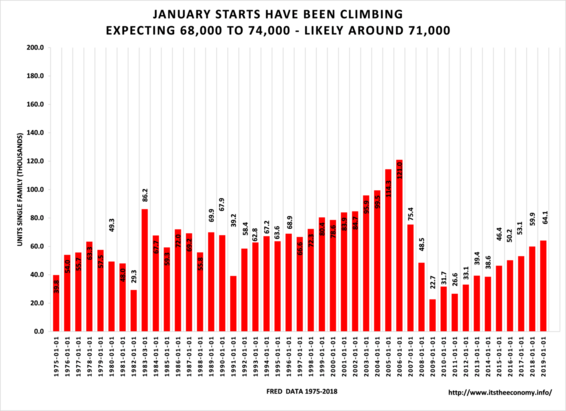 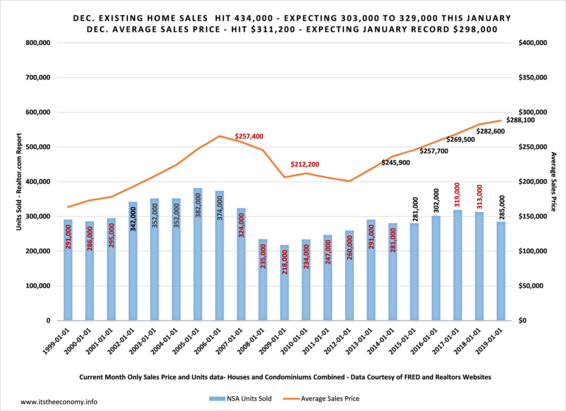