The January Employment Situation Report, or Jobs Report, was released this past Friday. There was a considerable amount of data to digest. The Current Employment Statistics (CES) worker data saw considerable revisions, mostly to the data from 2015 through 2017. These revisions created a surprise. The Current Population Survey data was unchanged for the same period of time. The surprise here was the dramatic upward revision to the workforce population value.  This upward revision negatively impacted the workforce participation number. So far four articles have been written:

The Devil is in the details. The Devil is in the data. We had a great January Jobs report. Unadjusted workers and unadjusted jobs did not fall as much as they could have fallen. Unemployment was up - and yet it was the lowest it had been for the month of January since 2002. President Trump has added more jobs than Presidents Reagan, George W. Bush, or Obama during their first 12 months in office. President Trump added full-time jobs while President Clinton added part-time jobs. More jobs generates more retail sales. More full-time jobs means more people eligible for health insurance coverage through their employers. This is a virtuous cycle. 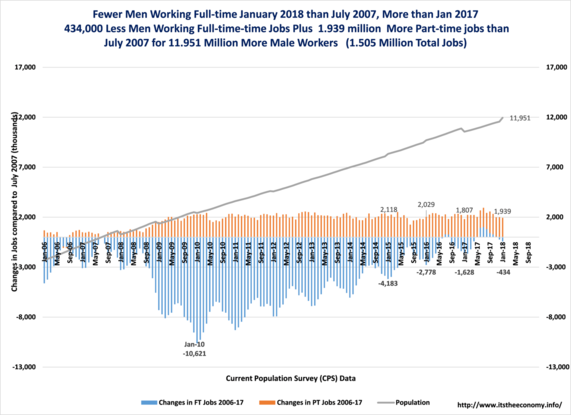 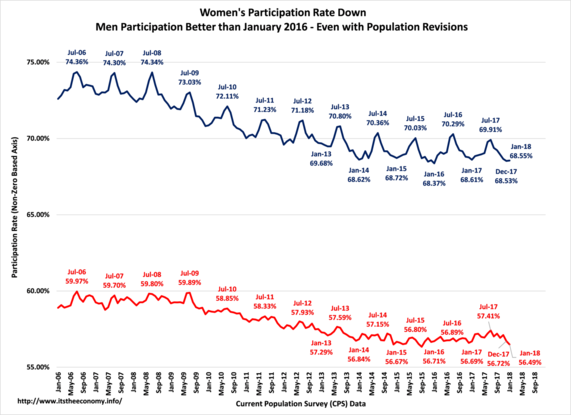 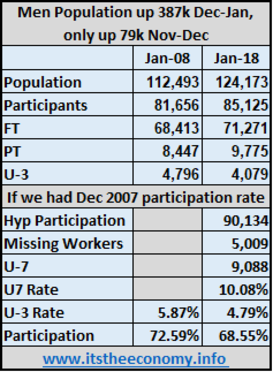 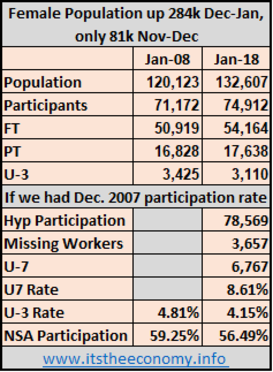 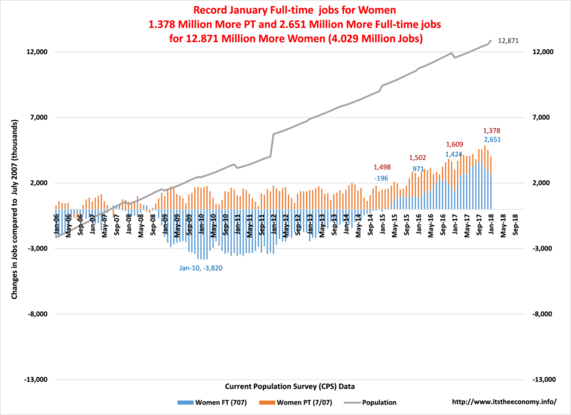