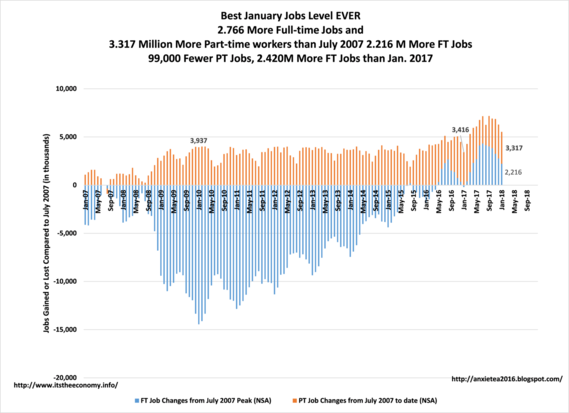 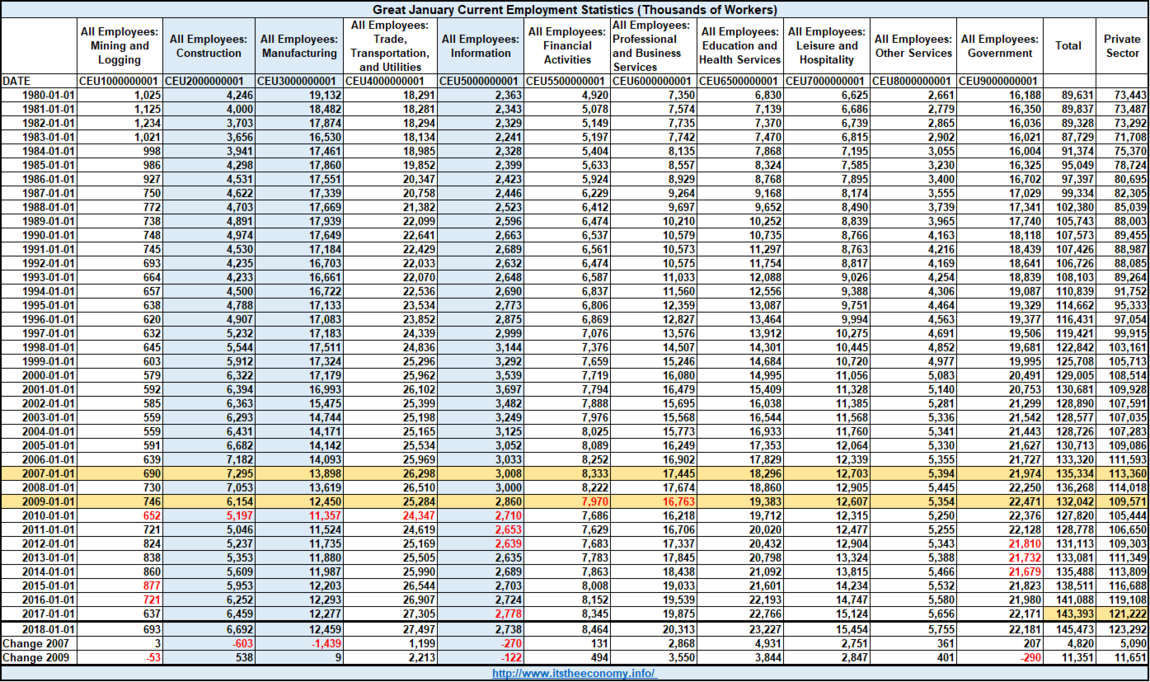 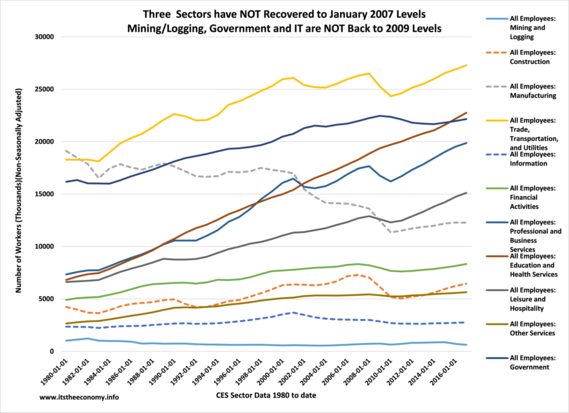 The January Employment Situation Report, or Jobs Report, was released this past Friday. There was a considerable amount of data to digest. The Current Employment Statistics (CES) worker data saw considerable revisions, mostly to the data from 2015 through 2017. These revisions created a surprise. The Current Population Survey data was unchanged for the same period of time. The surprise here was the dramatic upward revision to the workforce population value.  This upward revision negatively impacted the workforce participation number. So far three articles have been written:

The data can be examined a number of different ways. One way is to examine the sector data. Here's the problem - the seasonally adjusted data was revised back to 1990. There were minuscule changes in the NSA CES data between 1990 and 2014. The data for 2015-2017 was revised in both data sets.

Non-seasonally adjusted workers are up over January 2017 in all sectors except Information technology. Only Government and IT have fewer jobs than January 2009. Construction and Manufacturing, though, have fewer workers than they had during January 2007. Even the Government sector has added 209,000 workers since 2007.

The biggest gains have been in three sectors. We have seen the most workers added in the Professional and Business Sector, the Leisure and Hospitality Sector, and the Education and Health Sector. This has been an incomplete recovery.

When the employment situation forecast article was released there was a comment that we needed to watch the revisions to prior data and the seasonal factors used. Those concerns now seem well founded. The jobs and worker numbers are rebounding.