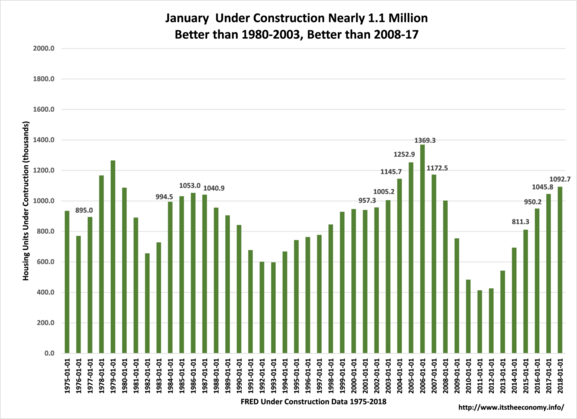 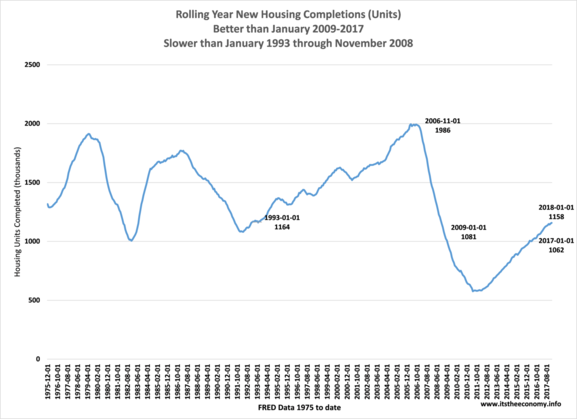 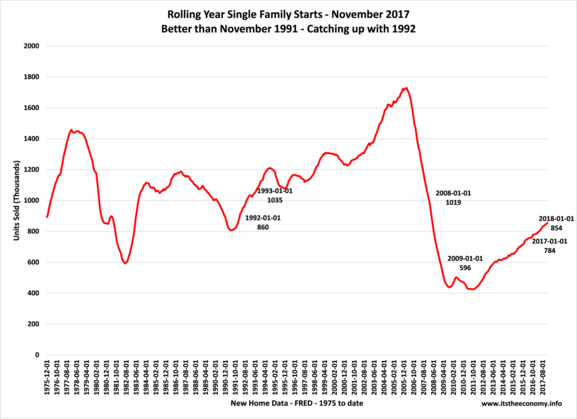 The Housing Economy is Building Momentum

The "Great Recession" was three or four recessions in one. There was the Jobs Recession, the Retail Recession, and the Housing Recession. The Housing Recession could be broken down into the New Home Recession and the Existing Home Recession. These recessions led to a Gross Domestic Product (GDP) Recession. The new home construction data recorded fewer Starts, units Under Construction, and Completions during 2009 than were recorded between 1975 and 2009. New homes cannot be sold unless they are constructed. New home sales often free up some existing home inventory. New home sales also increase job prospects and retail sales. Yesterday this column produced an article titled "January Real Estate Forecast: Up Again." New home Starts were projected to increase over the January 2017 level. The same projections were made for units Under Construction and Completions.  Here is what was recorded, non-seasonally adjusted. It may not be the same as what was reported, seasonally adjusted, elsewhere.

New Home Starts broke through the 55,000 level, approached 60,000 units.  The starts data was looking good. It was thought that we should see Starts exceed 55,000 single family units and could exceed 60,000 units. We had over 58,000 starts during the month of January between 1992 and 2007. We are finally returning to a normal construction market.  There are other ways to examine the data. This column uses the current year metric, once we get at least three months into the year, and the rolling year data. The current year data looks ahead while the rolling year data looks behind the current month. Last year the rolling year data was at 784,000 units. This year it is 854,000 units. This is a 8.9% increase in starts. This is very good. The jump from January to January was 9.3%. Can we expect nearly 9% increases in starts during the remainder of the year? Yes. Will we see this kind of growth during the remainder of the year? Time will tell.

Completions hammered through 75,000, nearly nailed 80,000 units. We have seen better completions data during recent months as builders and buyers attempted to close deal by the end of the calendar year. This level is still excellent by recent standards. This level of completions is comparable to January 1993. Completions were up 6.55% from January 2017.  The rolling year completions are up just over 9.0% compared to last January. Having starts and completions both up by 9% is a good thing.  The question is whether or not next week we will see the housing inventory tick higher by a comparable amount?

The new construction data is only part of the real estate picture. This column will be producing articles regarding the new home sales data and the existing home sales data. Home sales, new and existing, have been held back by a lack of inventory.

The new construction data was remarkable. The trend is higher than last year and a potential return to normalcy. Stay tuned for the sales data next week. 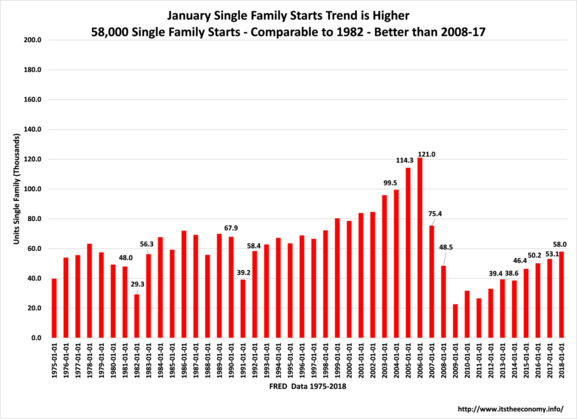 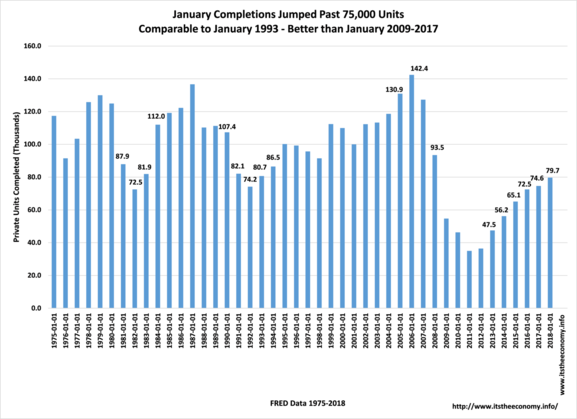