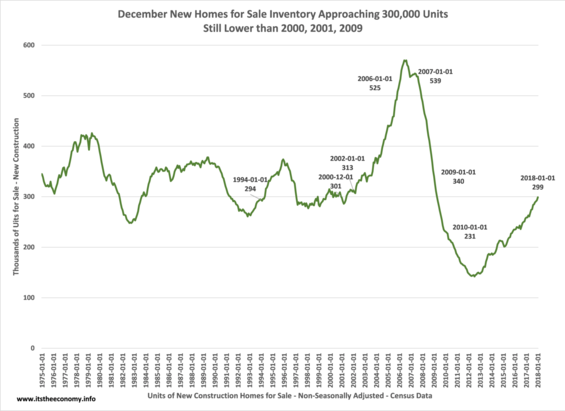 The Rest of the New Home Sales Story

The January New Home Sales data was released at 10:00 AM Monday morning. The report received a tepid response. The people commenting on the report must not have read the January Real Estate forecast article published on this website. It was projected that   the number of units sold could range between 42,000 and 52,000 units, with a likely sales level of 45,000 to 46,000 units. The average sales price was projected between  $379,890 and $386,900. It was also thought that we could see the inventory level break through the 300,000 units level.

The Current Year sales data is insufficient.This column uses the current year data as a possible trajectory for units sold. The more data points that are available the better the forecasting.  The earliest that a projection could be made is next month with two data points. It is important to recognize that next month the preliminary January data will be released and the following month the "final" January data will be available. When the January final data is released we will have three data points for this year and a better sense of the trajectory. The majority of Sales will be completed by June, and by September the data will be fairly well set.

Inventory is rising. The January under construction data was solid for January. The starts data was strong. The completions data was strong. We are not at the level of starts, completions, or units for sale that we had during the periods of time between 1994 and 2008. It is not possible to set record units sold if there are not more units available for sale. The report indicates that there is a 6.8 month inventory level. If we sold 44,000 units a month and we have 299,000 units for sale then there would be a 6.8 month supply. The number of units sold jumped into the 50,000 to 60,000 range last year between February and June. This means that we really do not have 6.8 months of units available. If 55,000 units are sold then that number is closer to 5.4 months. 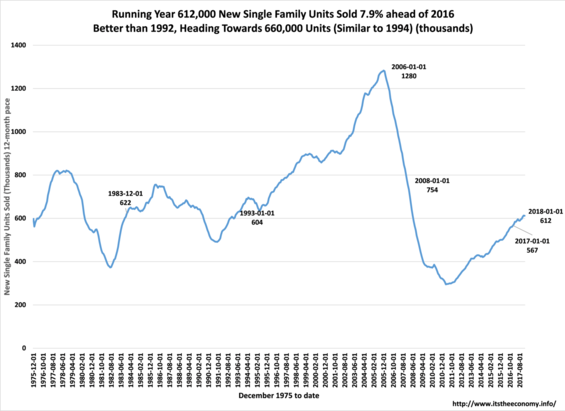 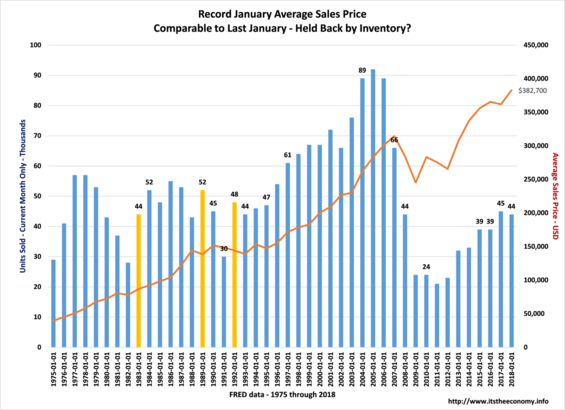