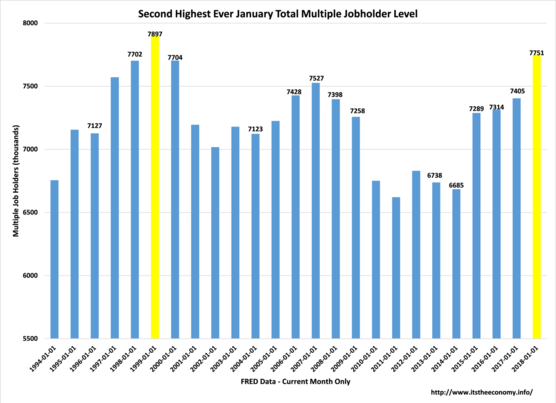 The January Employment Situation Report, or Jobs Report, was released this past Friday, one week ago. There was a considerable amount of data to digest. The Current Employment Statistics (CES) worker data saw considerable revisions, mostly to the data from 2015 through 2017. These revisions created a surprise. The Current Population Survey data was unchanged for the same period of time. The surprise here was the dramatic upward revision to the workforce population value.  This upward revision negatively impacted the workforce participation number. So far four articles have been written:

Add to the data that was massively revised this past month was the multiple jobholder data from 2012-2017, except for December 2017. Why does this matter? Multiple job workers "depress" participation by having some people "over-participate." Multiple job workers do not receive "less-employed" benefits when they lose their jobs.

We saw massive revisions to the Current Employment Statistics data last month. This data, the multiple job holder data, is found in Table A-16. This is part of the Household data set. This is where the Current Population Survey data is found. The B-Tables are the employer data and are derived from the Current Employment Statistics data set. It was thought that the only datum that was changed in the CPS data was the workforce population growth rate. This impacted the workforce participation rate data. It turns out that the population datum was not the only data revised in the CPS data set. The most notable changes were January through June, plus August, of 2017. It is also noticeable that he data from January through May were predominantly revised lower and the September through December data were revised higher than originally reported during the December Jobs Report.

There is much more to the Employment Situation report than just the headline "jobs" number and the headline unemployment data. We had one of the best January Jobs reports released on the same day as the "Nunes memo." that is unfortunate. It is unfortunate because the data was remarkable. We had one of the best NSA CES private sector worker growth rates that we have seen since 1981, in that we did not contract as much as we could have contracted.We did not see jobs decline as much as they normally do contract during January, as they "always" contract. We saw the best January for Men and for Women for full-time jobs since 2007. There is general sector growth. We have people working multiple jobs. 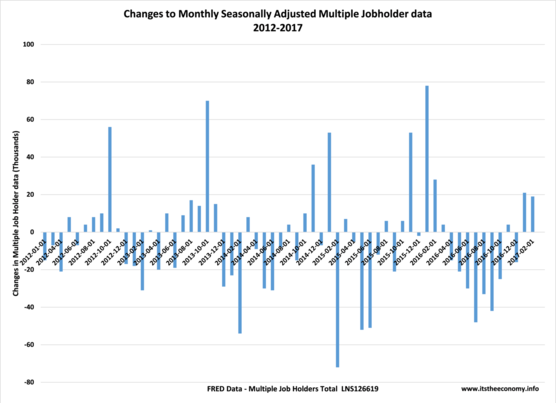 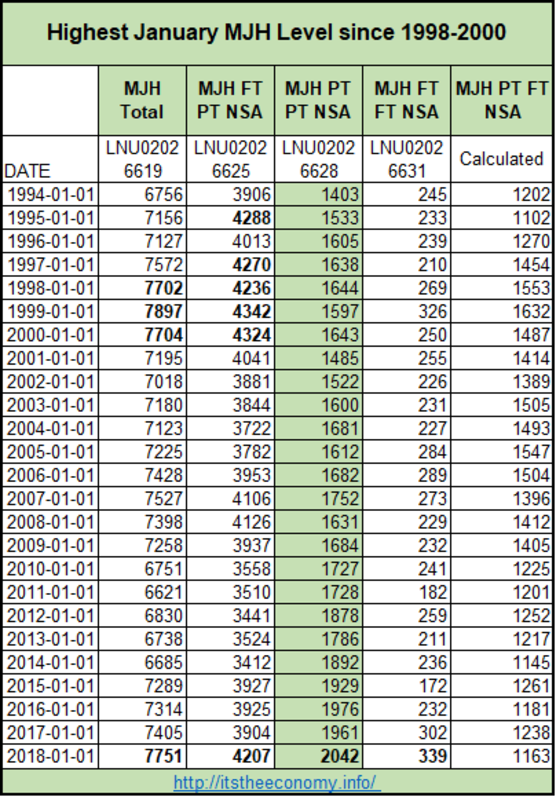 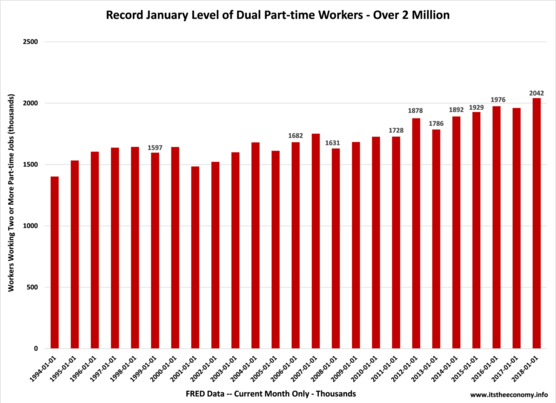