The CPS data was Strong for Men, Women, and Multiple Job Workers

The data was quite remarkable. The headline Seasonally Adjusted CES worker data was up 206,000 private sector workers and 225,000 seasonally adjusted non-farm payroll positions. Unemployment, part of the CPS data set, was at it's lowest unemployment rate since January 1967. So far, this column has written the following articles:

Another way to examine the workforce data is by age group.

Can we blame Boomers on the decline of the Participation Rate? There is an Economic Urban Legend that the overall workforce participation rate is declining because older workers are not participating at the rate that they were prior to the recession. This is wrong. Just because there were articles written during 2017 that said that 10,000 Baby Boomers were turning 65 each day, or just because there were 10,000 Baby Boomers who could be qualifying for Medicare and Medicaid each data, and that this could create a health care dillema, doesn't mean that these Boomers are retiring. The short answer is no.

The Unemployment Rates, plural, are near record lows. Unfortunately participation is low in some age groups, too. Another Economic Urban Legend was that we were experiencing record low teen unemployment. We were also experiencing shockingly low teen participation during July 2017. That has been changing. Teen participation spiked this past July. The current U-3 unemployment rate is lower across the board compared to January 2008. Participation s lower in seven of the 14 age groups. The data that has been screaming for attention in the Legacy media is the participation drop in those 40-59 years of age. Also, they should not that the participation rate is up considerably for those over the age of 60 years old. It should be noted that Unemployment is highest among those under 35 years of age.

It is this age group, 45-49 during 2005, that were hit hard during the Great Recession. So it depends on how you look at the information.. 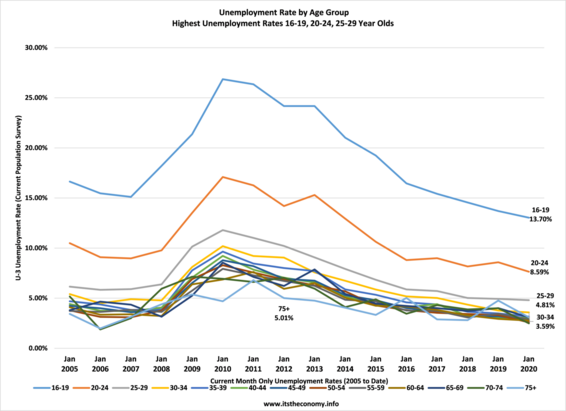 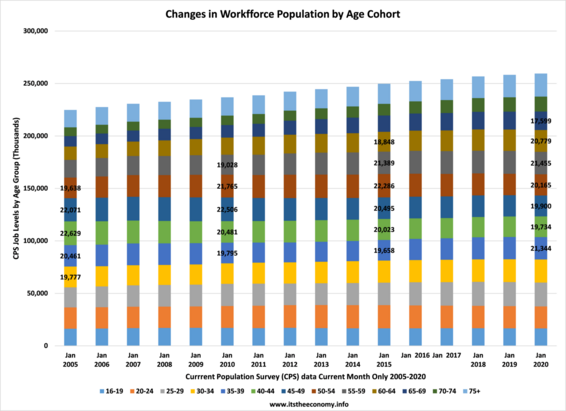 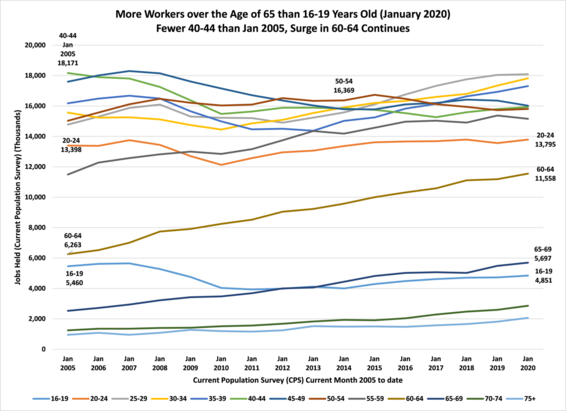 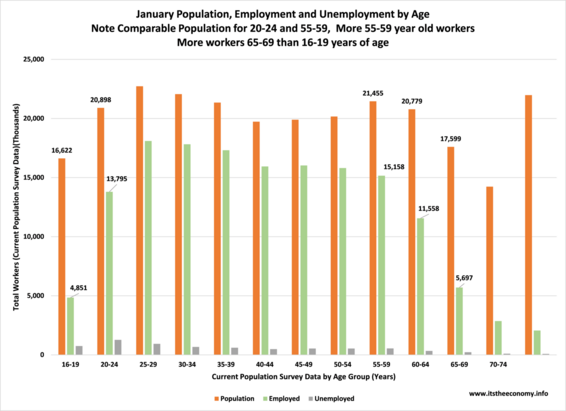