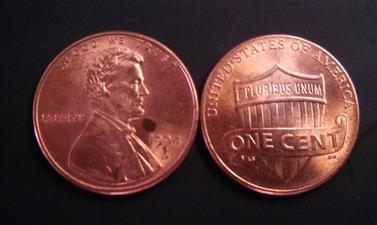 This was a slow week in the news . Last Friday was a different matter. The Consumer Price Index (CPI) and the the Monthly and Annual Retail Trade Survey (MARTS) data was released. This week we saw the New Construction data and the weekly unemployment claims data released. This means that there was time to research and write on other topics.

(July 17) Last Friday the CPI report revealed that we have a very low level of inflation. If you believe in the Phillips Curve then you know that low inflation normally is associated with higher unemployment and higher inflation is related to lower unemployment. The story that has been missed for a long time is that we are experiencing Shelter and Medical Inflation. The ACA was supposed to bring down medical costs. Someone needs to explain that to the CPI - It would be reported higher if they used the 2015 weighting.

(July 19) The Retail Report and the Jobs report garner a considerable amount of attention during the course of a month - or they used to garner attention. New Construction is another item that should garner attention.  Single family starts are at a nine year high. Completions are strong, as well. The Under Construction data is near the peak seen during 2003-2006. "June New Construction Building Momentum" details how the data is showing steady improvement from the depths of the housing recession. The monthly data was good. The Rolling year data was good. the current year data was good.

(July 20) The "most important" piece of data was the weekly unemployment claims report. The data is the strongest it has been for this time of year since the 1970s when we had 80 million fewer workers. "First-time Unemployment Claims Near Record Low" details how we have fewer claims for more workers.

(July 21)  We saw a huge spike in employment last month. We saw full-time jobs increase month to month and year to year. Men are working more full-time jobs than they have during the past decade. There has been a push for older workers to work longer as a result of the recession. "Red, Gray and Blue: Jobs Up" details how while the office U-3 unemployment rate is 4.5%, the effective unemployment rate for everyone, the U-7, is closer to 9% or 10%, and the effective unemployment rate for those over the age of 60 is negative. These people are not pulling down the participation rate, they are boosting it. 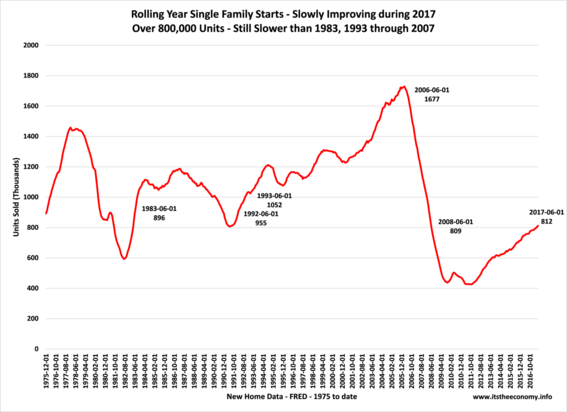 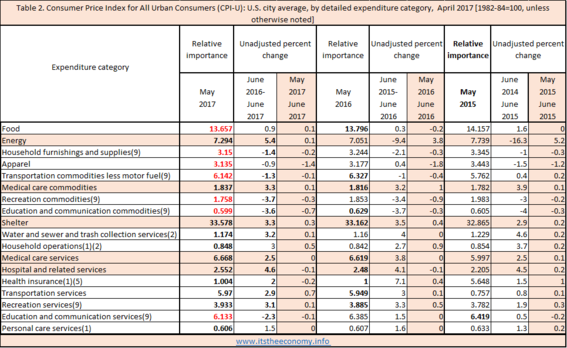 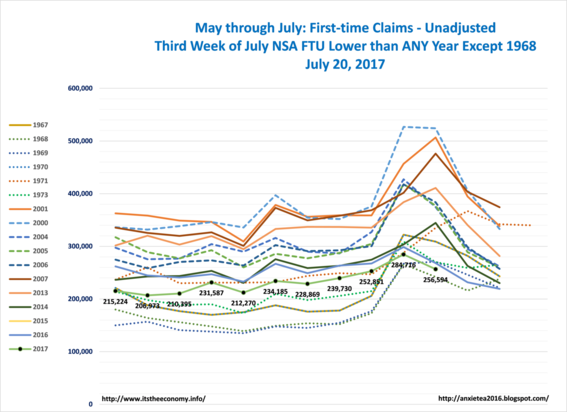