This week we received some really good economic data, no matter how the media attempts to spin it. Existing home inventory is starting to rise after falling to historic lows since December 2015. New Home Inventory is on the rise, exceeding 300,000 units for the first time since April of 2009. More inventory means the potential for more sales. More sales mean more economic activity for jobs, retail spending, and gross private domestic investment (GPDI.) GPDI is one of the more main components of the Gross Domestic Product (GDP.) Personal Consumption Expenditures, another component of GDP, can grow as people return to work. Non-seasonally Adjusted (NSA)First time unemployment claims (FTU) hit the historic low for the third week of July, dating back to 1967. A Record high level of combined full-time and part-time jobs, with a record level of full-time jobs, and rising wages mean that the economy has room to grow.

(July 23) The week started with the Existing Home Sales data. "June Existing Home Inventory Up, Prices Up" details that while units sold dropped from the June 2017 levels, inventory is "returning to normal" and a record average sales price was set for the month of June. Units sold may have missed expectations  because of the overall lack of inventory during the past year. This has been discussed in this column for years.

(July 25) "How High Can Second Quarter GDP Soar" examined the data for GPDI, PCE, Government Expenditures, and Imports/Exports and projected the possibility of an annualized GDP growth rate of 4.0% to 4.5%. The last time we had comparable growth we were coming off a contraction during the first quarter of 2014.

(July 25) New home sales act as an economic driver. New home sales create jobs in construction, business services, and retail sales as well as provide a boost to monthly retail sales. We sold more units this June than June 2008, 2009, 2010, 2011, 2012, all the way through June 2017. We just didn't sell as many units as expected. "June New Home Sales Mixed Messages" explains that we didn't set a monthly record for the average sales price, and that this is okay. The article also explains that we are on track to sell more homes this year than any year since 2007.

(July 26)First-time claims for the third week of July set a 51 year record low. That should get your attention. It didn't get the attention of the media.

The economy is rolling. The media is obsessed with the Resistance and the Russians instead of Retail Sales, Real Estate, and Record Low Unemployment Claims data. 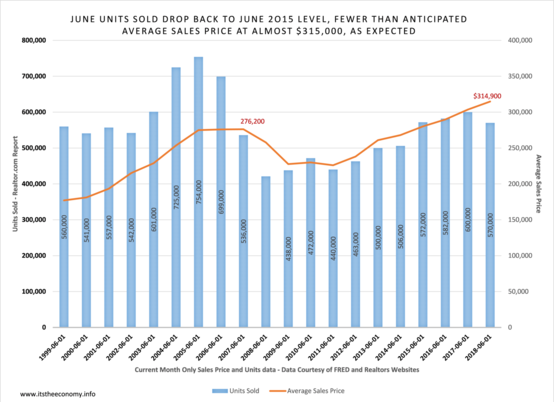 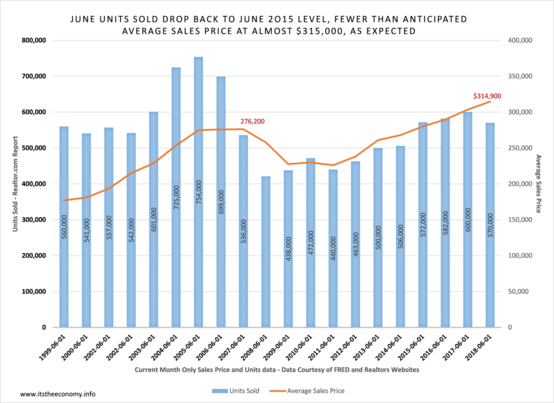 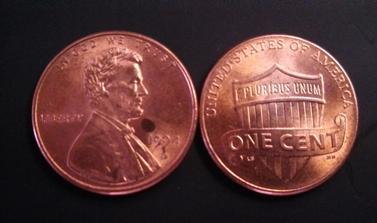 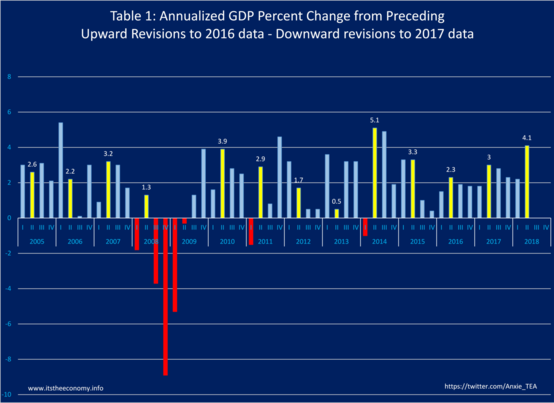