There are three main real estate reports that this column examines: New Home Construction (NHC,) New Home Sales (NHS,) and Existing Home Sales (EHS.) The NHC and NHS data are used as a proxy for economic growth. NHC and MHS generate jobs in the construction sector and other sectors related to real estate, and they also boost retail sales.

Existing Home Sales have been held back due to a lack of inventory since the end of 2015. We should see a slight increase both month to month and July to July. There is the possibility for no change, which would be an increase from last year. Inventory was expected rise to 1.939 million or even up to 1.989 million. A value of between 1.932 million and 1.950 million units was entirely possible. The number of existing homes sold level normally drops from June to July. It was thought that sales could be better than July 2013 and July 2018 or around 500,000 units, up to 519,000 units. The average sales price was expected to drop from the June level and rise from the July 2018 level  to between $310,000 and  $318,000. All of this was covered in the article "July Real Estate forecast: Looking Up."

What was record and what was reported in the July REALTOR existing home sales report?

Inventory dropped instead of peaking. It was though that sales would recover a little, and that there would be more inventory this July than last July. Most people are trying to move before the beginning of a school year, and try to time their move with a Independence Day vacation. The July inventory is the lowest it has been since 1999. A lack of inventory has been holding back sales. 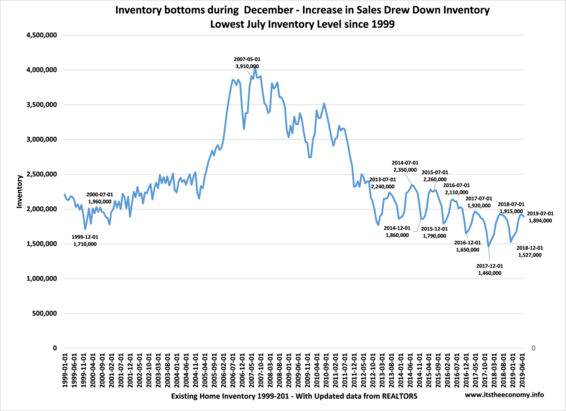 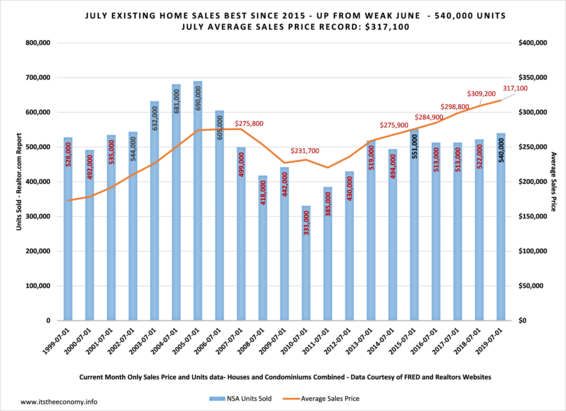 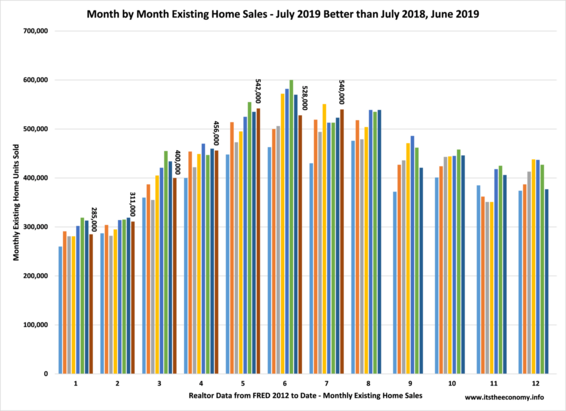