There are three main real estate reports that this column examines: New Home Construction (NHC,) New Home Sales (NHS,) and Existing Home Sales (EHS.) The NHC and NHS data are used as a proxy for economic growth. NHC and MHS generate jobs in the construction sector and other sectors related to real estate, and they also boost retail sales. New Goods for New Homes. Existing home sales are nearly ten times greater than NHS. These three reports can be market movers.

The New Home Construction data feeds into the new home sales data.  The inventory level was expected to fall between 336,000 and 349,000 units. It was anticipated that we could see  the most July new homes sold since the recession, most likely between 52,000 and 56,000. The average new home sales price was expected to set a new July record and to break through $400,000. All of this was covered in "July Real Estate Forecast: Looking Up."

The units sold crept higher to 53,000 units, up from 52,000 units last July. The level of sales this year was slightly lower than was projected. It is possible that some sales that may have happened during July happened during June. We have outsold the monthly sales of last year every month except May.

The average sales price was near a July Record High at $388,000. The record was set last July at $392,300. We have seen some ups and down this year depending upon the month of the year. We have either set records or just fallen short of last year's record. 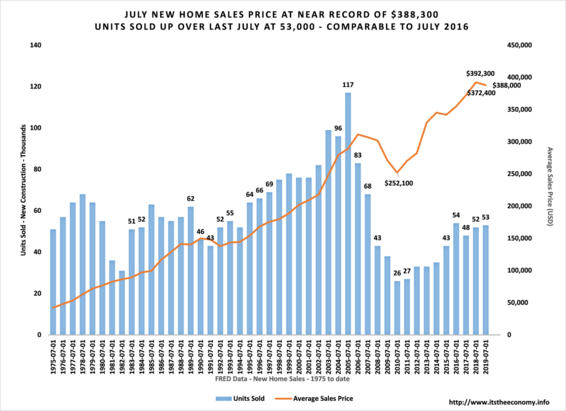 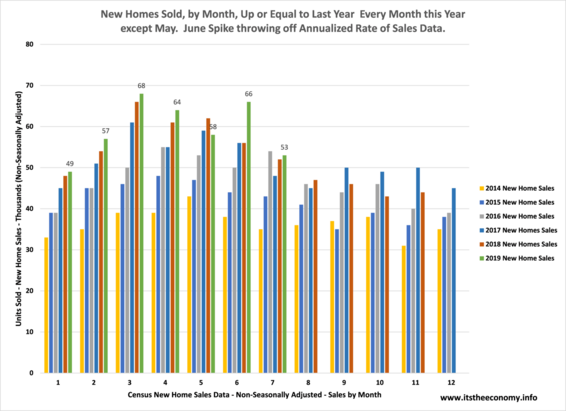 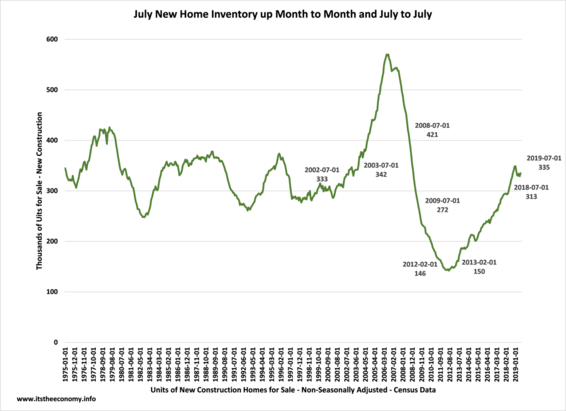