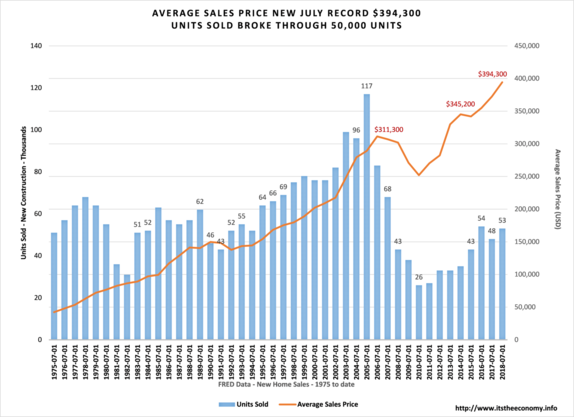 Seriously Good New Home Sales Data - Up, Up, Up

Inventory remains solidly above 300,000 units. You cannot sell what is not available for sale. We have seen increases in units under construction and completions. Normally we have 300,000 to 400,00 units for sale. We have had a stretch where we had 400,000 to 500,000 units available. There is room to grow. If we have more inventory we may see more sales. The sales chart and the inventory chart are very similar. 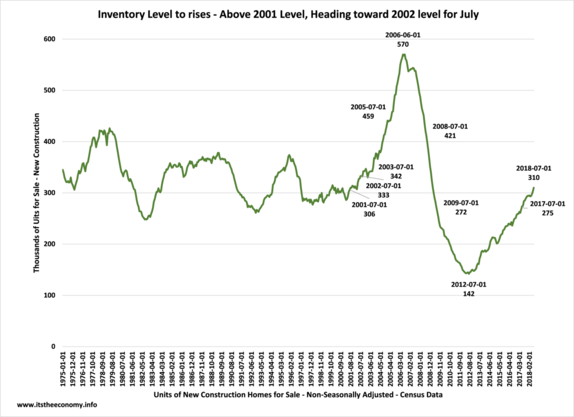