There are three main real estate reports that this column examines: New Home Construction (NHC,) New Home Sales (NHS,) and Existing Home Sales (EHS.) The NHC and NHS data are used as a proxy for economic growth. NHC and MHS generate jobs in the construction sector and other sectors related to real estate, and they also boost retail sales. New Goods for New Homes. Existing home sales are nearly ten times greater than NHS. These three reports can be market movers.

There are a number of ways to examine the Data. How is the data expected to change month to month? How is it changing from July to July? What is the current year trend?

New Home Completions, total units, are expected to to grow considerably July to July. The month to month data is unclear as they could rise or fall by 6%. Completions have had their best month during May, June, August, and December since 2014, Last year peak completions happened during August. The completions data peaked during December of 2017.  Completions are expected to rise 8% to 18% from the July 2018 level to reach between 110,000 and 120,000 units. The month to month data could decline 6% or rise by 6% or fall somewhere in between 101,000 and 115,000 units. Expect a number in the overlap between 110,000 and 115,000 total units.

Inventory has been peaking during July. We should see a slight increase both month to month and July to July. There is the possibility for no change, which would be an increase from last year. Inventory could rise to 1.939 million or even up to 1.989 million. A value of between 1.932 million and 1.950 million units is entirely possible.

The number of existing homes sold level could be better than July 2013 and July 2018. The half million mark is a psychologically important level to smash. The data is not in agreement. The month to month data is projecting a drop of 8% to 12% from the June level. The June level was very weak. Was it because the Fourth of July was "mid-week?" People often try to close on the final Friday of the month and take the first week of July to move. The final closing day of the month was June 28th. The month to month data indicates a range of 464,000 to 484,000 units. The July to July data is projecting a range of 522,000 to 537,000 units,  A level of 510,000 would be a big bounce from a weak June. It has already been stated that 519,000 should be doable based on the current year sales pace.  If we saw 530,000 this would be comparable to 2015.  When month to month projects a lower value than the same month data the month to month data comes in on the low side of expectations. Expect a number around 500,000 units.

There is a considerable amount of chatter that low interest rates should spur buyers into action. The reality is that a drop in rates, especially during the Summer, causes some home sellers to refinance and to get and sit tight until the next Spring Market, or the Spring market a year and a half out into the future. Rising interest rates tend to spur buyers into action.

Ignore the television talking heads. This column produced the article "Will this be the first media created recession?" They have their talking points. The have hammers in search of nails. The "Media" article examined the GDP data, the jobs data,  the unemployment data, the retail sales data, and yes, the new home construction data, new home sales data, and existing home sales data. Almost every piece of data is pointing toward a continuing expansion. The GDP data has been massaged the past two years, taking growth from the Administration and pushing it back to the Obama administration. The same is true for the jobs/employment data. We have more workers working full-time than we have ever recorded. Full-time jobs are needed for home purchases, in general, in order to obtain a mortgage.  The media focuses on the seasonally adjusted data. The real data is the non-seasonally adjusted data.

Starts can fall month to month and rise July to July. Units under Construction are expected to rise from their June level. Completions have been gaining momentum this year and are expected to break through the 100,000 level and approach 110,000 to 115,000 units. A higher level of completions this year should mean the best July Inventory level for new home sales since the Housing Recession. More inventory should generate more July Sales. Demand is increasing and so should  the July average sales price rise to a new record. This is not guaranteed because home builders may be building lower priced home to fill in the lack of inventory for Existing homes.  This month we will know if the lackluster June was a "one off" or something of a real concern, Inventory should rise a little and be the best since 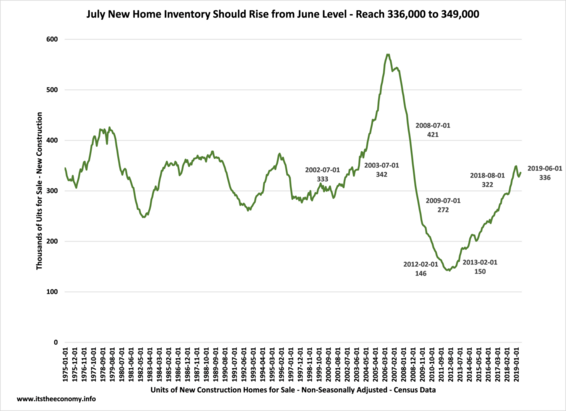 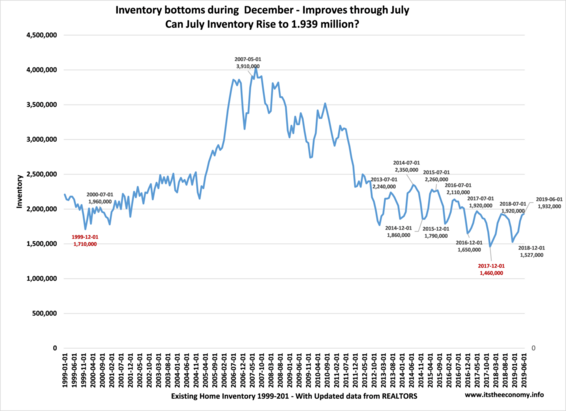 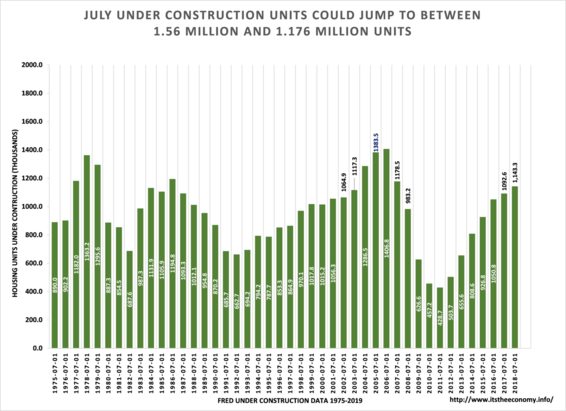 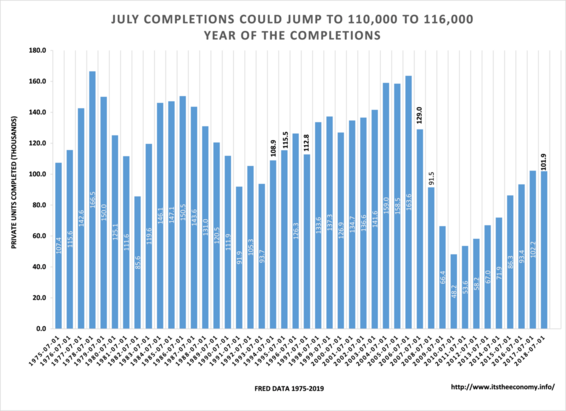 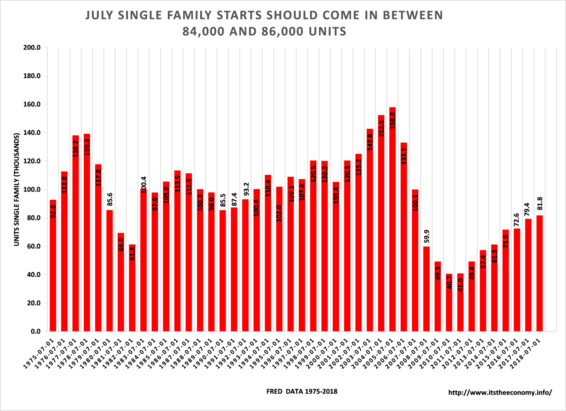 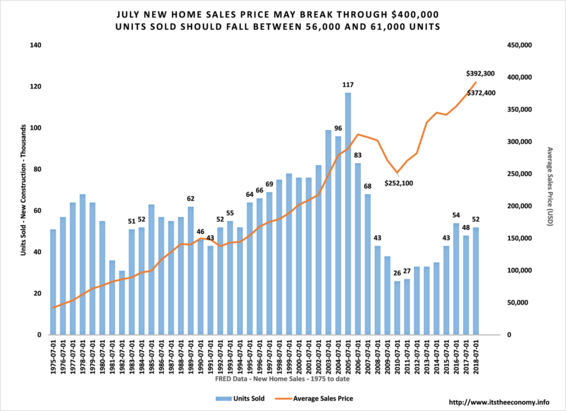 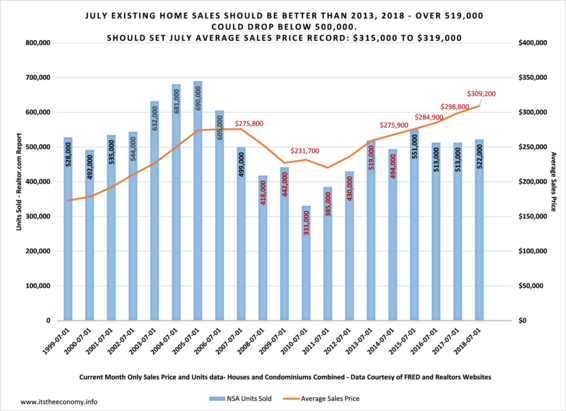