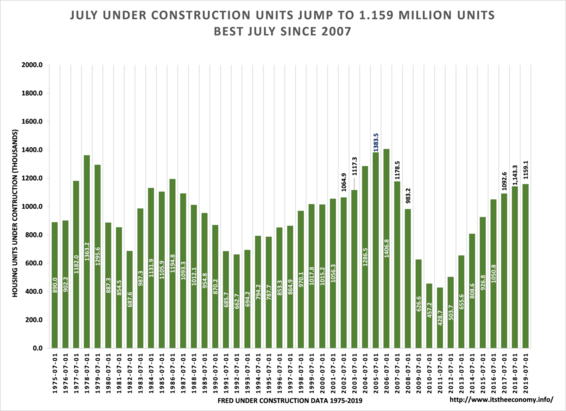 There are three main real estate reports that this column examines: New Home Construction (NHC,) New Home Sales (NHS,) and Existing Home Sales (EHS.) The NHC and NHS data are used as a proxy for economic growth. NHC and MHS generate jobs in the construction sector and other sectors related to real estate, and they also boost retail sales. New Goods for New Homes. Existing home sales are nearly ten times greater than NHS. These three reports can be market movers. What was recorded and what was reported this month?

There are a number of ways to examine the Data. How is the data expected to change month to month? How is it changing from July to July? What is the current year trend?

Best July Starts data since July 2007. New Home Starts were expected are expected to drop month to month and rise July to July with84,000 and 86,000 units starts. The New Home Starts came in at 84,300. This is the most July single family starts since July 2007. The starts level rose both from June 2019 and July 2018. The seasonally adjusted starts rose from 1.184 million last July to 1.191 million this July.

This month was the best month for starts this year. Starts have been lagging behind 2018 levels, and outpaced or equaled 2017 monthly levels every month this year as starts move to completions. Starts tend to peak during April, May, or June, this is why the seasonally adjusted annual rate of sales dropped from 1.270 million units during April. If you look at prior reports from the month of July you will certainly see similar movement.

Most July Completions since July 2007. New Home Completions, total units, were expected to to grow considerably July to July tobetween 110,000 and 115,000 total units. This level of July completions is comparable to the early 1990s. That is how steep the new home recession was during 2006 through 2010.

Total completions are up, seasonally adjusted, from last July's 1.176 million units to 1.250 million units.  This is off the "peak" of 1.348 million reported during March of this year. Completions were ahead of the 2018 monthly levels through April, dipped a little compared to May and June of 2018, and now are higher than they were during July 2018. Completions could rise month to month next month, and could be better than August 2018. It will be interesting to see if there is a flurry of completions this December as there were during December of 2017.

Some commentators were disappointed with the Starts data. They do not understand the cycles of the Starts, Under Construction and Completions data. Next week we will receive the Existing Home Sales data and the New Home Sales data. The Existing Homes data will be released from the REALTORS on Wednesday August 21st.  The New Home Sales will be released Friday August 23rd.  These could be market movers. 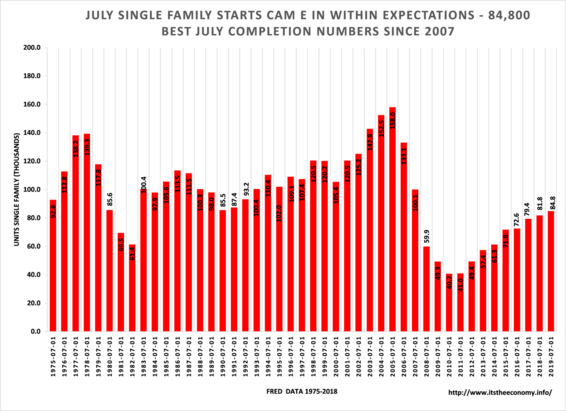 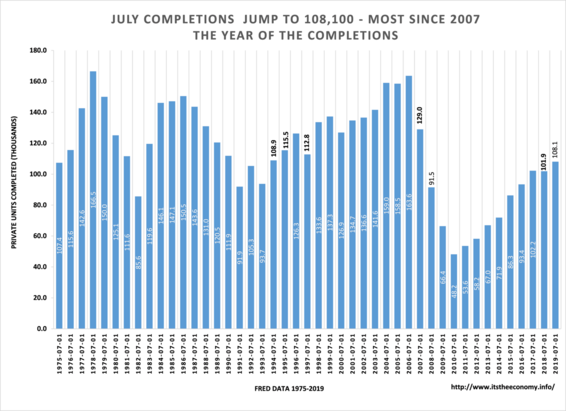 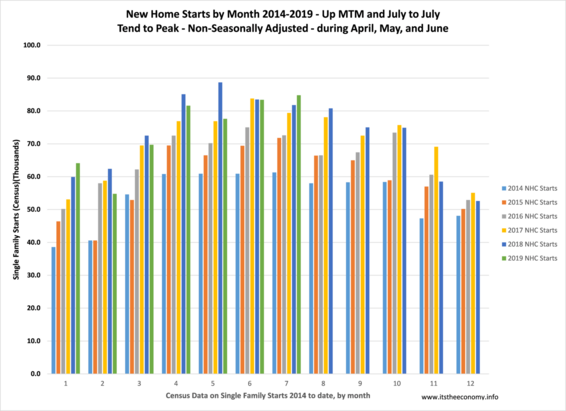 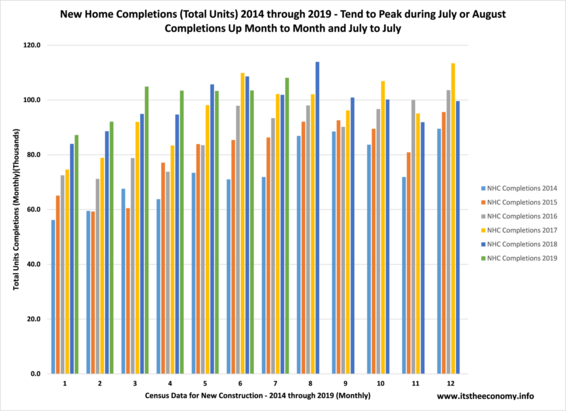