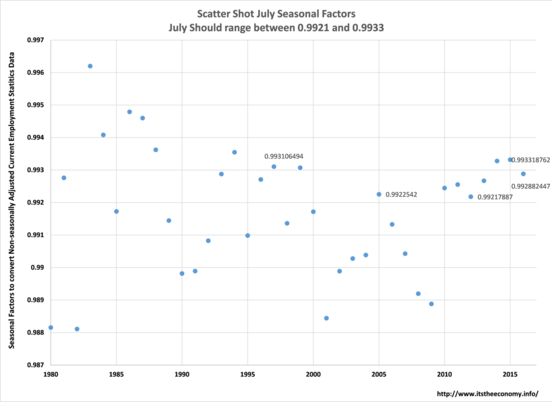 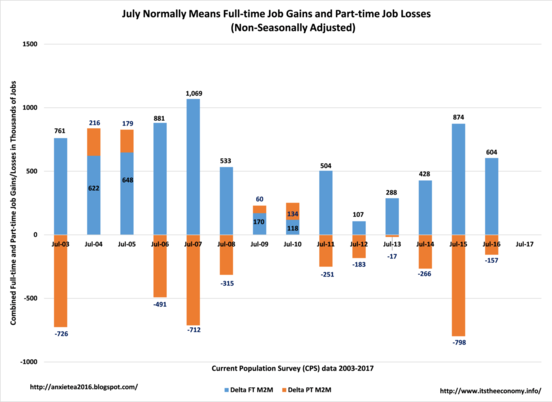 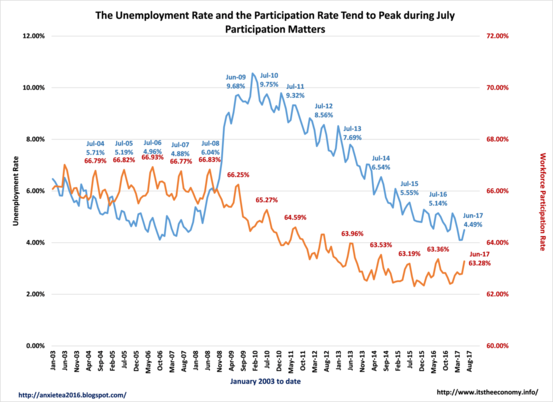 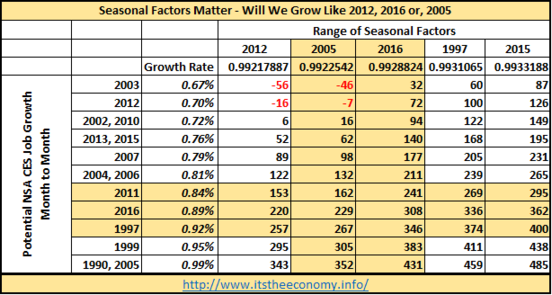 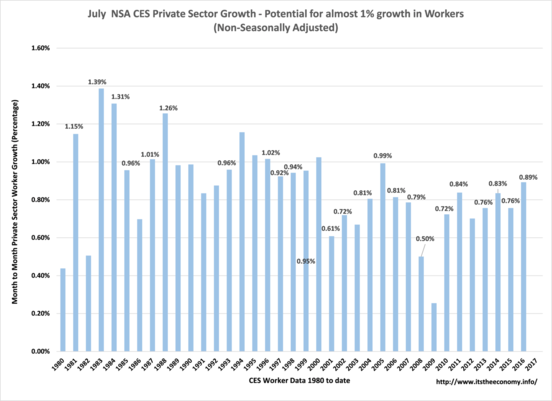 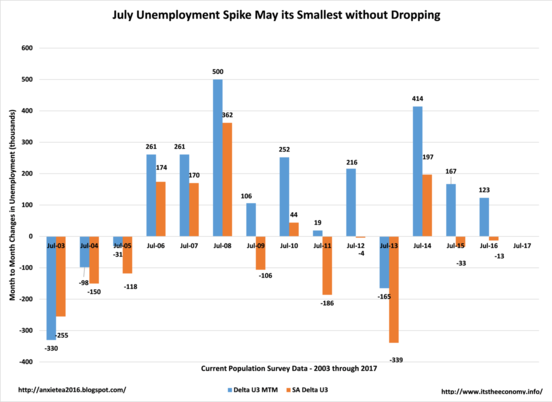 We Should See Worker Growth and Job Growth Recorded.

What will be Reported?

We have had five solid jobs reports under President Trump, starting with the February Jobs Report that was released this past March. The "Five Presidents at Five Months" article detailed how President Trump has added over 4 million non-seasonally adjusted jobs  while cutting the number of part-time jobs and unemployed workers since February. President Obama did the exact opposite as he oversaw the addition of unemployed workers, the creation of part-time jobs, and the loss of full-time jobs.

There are two data sets that are used to create the "Jobs Report," or Employment Situation Report. The Current Population Survey (CPS) measures the workforce population, the number of full-time jobs, the number of part-time jobs, and the number of unemployed workers. The CPS data is the basis for the unemployment rate and the participation rate. The Current Employment Statistics (CES) data measures the number of workers. Each data set has seasonally adjusted (SA) and non-seasonally adjusted (NSA) components. The CPS seasonal factors change by category, month and year. The CES seasonal factors change by month and year. When seasonal data from different seasons or different years, where differing seasonal factors are used, FACTs (False Assertions Considered to be True) are created. It is important to understand the seasonal factors before you can fully understand the data.

How Will the Seasonal Factors be Massaged? How with the Seasonal data be messaged?  It is easier to change the seasonal factors by massaging the data than it is to change the message. Even with the deep tissue massaging of the data during the run-up to the election, even after the data was revised after the election, the growth experienced under President Trump continued through June. The data can be massaged through revisions to prior months data and to augmenting the seasonal factors. The seasonal factors used to convert the NSA CES data to the SA CES data have been scattershot. A low seasonal factor will lower the SA CES data while a higher seasonal factor will raise the SA CES that is reported. If last months data is revised down by 20,000 jobs that will boost this month's workers by 20,000. Conversely, if last months data is revised up 20,000 that will effectively lower this month's worker level by 20,000. You also have to pay attention to whether or not the values being reported are the non-farm payroll data, which includes government jobs, or the total private sector number, which does not include government jobs and which was the basis for President Obama's "Job Streak Data." Suffice it to say that it did not start when they said it did, it may have ended during January of 2015, and it did end during May 2016. Either revise the data or revise the narrative.

Will the Unemployment Level Rise or Fall This July? We saw July unemployment, seasonal adjusted and non-seasonally adjusted, fall during July 2003-July 2005 while the economy was expanding. The number of people who have claimed to be unemployed during the survey period has been declining the past three years. The official level of unemployed workers, according to the weekly claims data closest to the middle of July, was up roughly 200,000 as compared with Mid-June. If this is roughly one third of unemployed population (insured unemployment has been around 1.5% and U-3 Unemployment has been under 5%) we could see a spike in unemployment over 500,000. The data from the two surveys are not really comparable. The CPS data measures people who want work and cannot find it. The weekly unemployment claims data measures the number of people who had work and have lost it and are still unable to find work.

The Seasonal Factors and Growth Rates are "all-over" the place. The seasonal factors have, in general, been falling since 2003 for all categories - Full-time jobs, Part-time jobs, and Unemployed  workers.  Unemployment could fall enough to drag down the participation rate a little. The population growth rate for last month was 0.07%. This lower growth rate could elevate the participation rate if jobs grow faster than potential workers.