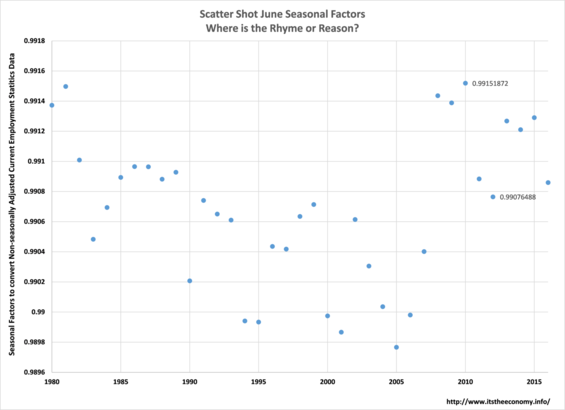 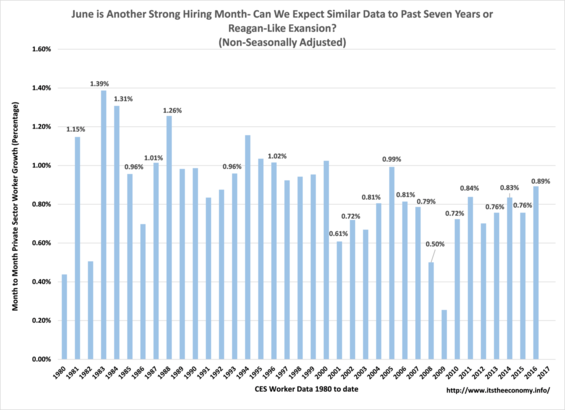 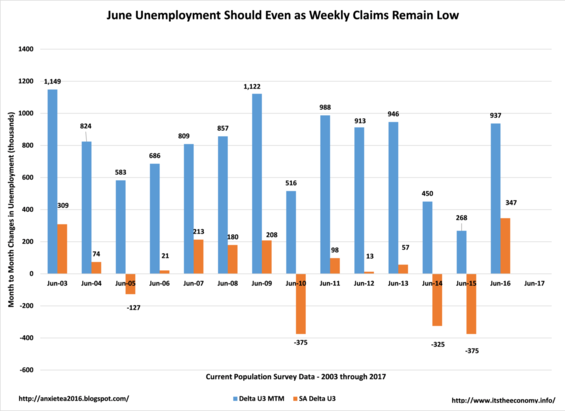 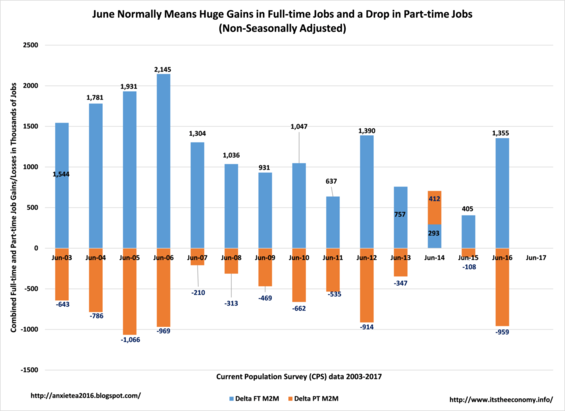 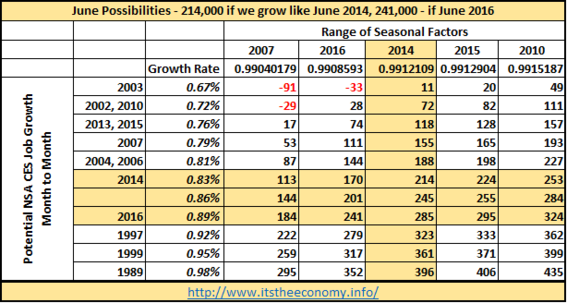 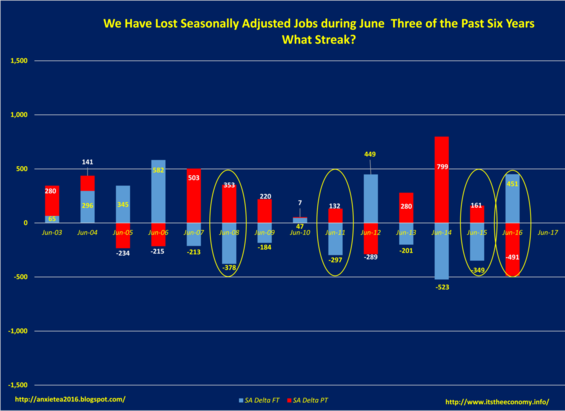 June Jobs Report Should Record Good News - Will it Be Reported?

Next Friday we will receive the June Jobs Report, or Employment Situation Report. The report is a combination of data from two datasets: The Current Population Survey (CPS) dataset and the Current Employment Situation (CES) dataset.The CPS dataset measure jobs, full-time and part-time, unemployment and workforce population. The CES dataset measures the level of workers. The recorded value is the non-seasonally adjusted (NSA) data. The reported values are the seasonally adjusted (SA) values. The seasonal factors used to convert the NSA data to the SA data change between datasets, between classes of data, and by month or year. We will also receive data on the number of people working multiple jobs as well as data broken down by age and gender.  This column will address what we can expect from the CPS jobs data and the CES worker data.

June Means the Number Of Workers Jumps.We add NSA CES workers "every" June. We added June workers during the Recession of 2008-2009-2010. We added workers during the recession of 2001-2002. The question is will we grow at the rat that we have grown during the past eight years? Will we grow at he rates seen during the Reagan or Clinton, or George W. Bush Years? We often see jumps in June hires during election years. That year the spike was a 0.89% increase from the NSA CES levels of May. We have seen 0.72%, 0.76% and 0.81% growth multiple times. Could we see a 1.00% jump as people hire workers who have been on the sideline?

June Seasonal Factors Can Be Very High. Not only does the number of workers jump, so does the seasonal factor used to convert the NSA data to the SA data. There is not much of a spread in the numbers. When you multiply these numbers by hundreds of millions of workers it makes a huge difference.

We Should Get a Jolt of Full-time Employment. Last June we added over 1 million June Full-time Jobs. Almost every year since 2003 we have seen Full-time jobs added and part-time jobs lost. Could we add 1 to 2 million full-time jobs this month? There have been discussions of potential job cuts in the retail sector. We see the number of homes under construction rising.   This jobs jolt, and the reduction in part-time jobs, will be seasonally adjusted to a potential net job loss - we have had three net June Job Losses during the past six years. This net jobs loss could mean a seasonally adjusted stagnant workforce participation rate, even as it should rise for the second consecutive June.

Unemployment Should Jump - Even as Claims Remain Low.  The CPS data measures those out of work who want Jobs. The Weekly Claims number measures those who have actually lost jobs.