This week was a slow week for economic data. The Consumer Price Index was released, as were the MARTS monthly retail numbers, and the weekly unemployment claims data. There were significant revisions to the MARTS data. More research will have to be done to see what happened.

(June 12) Real estate sales are retail multipliers. People need new electronics and appliances, new furniture and furnishings, new home and garden materials, and sometimes a new car to place in a new garage. "May Retail Can Jump 5% from last May" projected month to month growth in all retail sectors and May to May same month growth in all but two sectors.

(June 12) There were many people concerned that high gasoline prices would negatively impact the retail sales report data in multiple sectors. "May Inflation was Healthy" reported on the CPI data and relayed that there was inflation in energy. What has been ignored by most commentators is that there has been commodity deflation and service inflation. We are already seeing relief from the Memorial Day Weekend Gasoline Spikes here in Ohio.

There were a number of discussions regarding the retail sales report this week. What was missing was a discussion regarding the revisions of the prior data. Next week will be a "working vacation for me. I will work on analyzing the data while on vacation. Next week we will receive data on new construction and existing home sales. 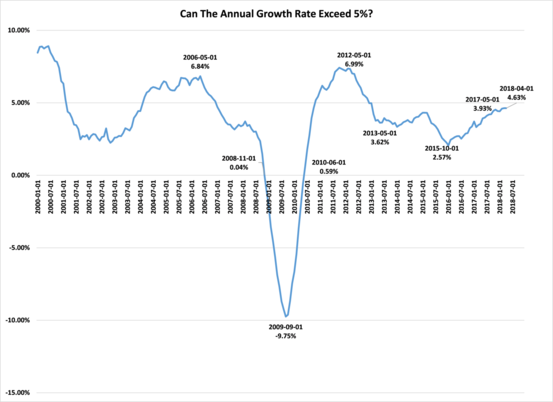 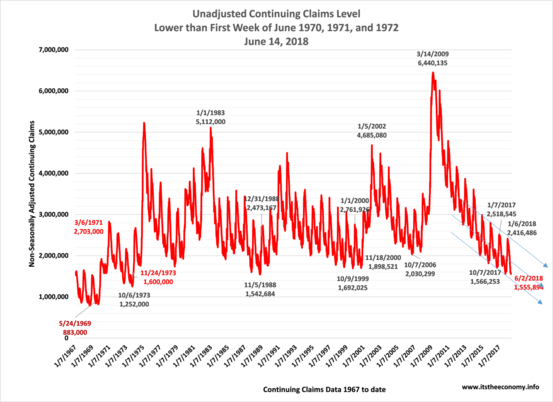