This week was a shortened week due to Memorial Day falling on Monday. That did not stop the economic data and economic forecasts from being released. This week there was a forecast article for the ADP Payroll report and the Economic Situation Report. We received the ADP Payroll Report on Wednesday, the Weekly Unemployment Claims Data on Thursday, and the Employment Situation Report on Friday.

(May 28) The Monthly Employment Situation is normally released the first Friday of the Month. This column writes a pre-report forecast article. It was projected that full-time jobs would rise, part-time jobs could fall, and that the level of unemployed workers could drop below the levels recorded during May 1999, May 2000, or May 2001. More details can be found in "May Jobs Forecast: Strengthening."

(May 28) The Monthly ADP Payroll report is released the Wednesday prior to the Monthly Employment Situation Report. "ADP Forecast: Gains in All Sectors" projected that there should be month to month gains in all of the ADP payroll private sector classes. There was a thought that there could be a May to May decline in the Information Technology Sector.

(May 30) The May ADP Payroll report was released on Wednesday morning. "May ADP: Mixed Messages" details how the month to month growth rate, seasonally adjusted, was a little slower than expected. The annual growth rate was also lower than expected. The month to month data was up for all sectors except for the Trade, Transportation, and Utility Sector. The Annual, May to May data was up for all sectors except Information Technology.

(May 30) Every three months we receive the "Advance GDP report. The next month, this month, we received the "preliminary GDP report." "GDP Revisions: Do They Make Sense" examined the slight downward revisions to the Same Quarter GDP data and the quarter to quarter GDP data. Even after monthly non-seasonally adjusted Retail sales were upwardly revised, the personal consumption expenditure data remained weak. (PS. We have had quarters with an annualized GDP over 4% since 2005.)

(May 31)  The GDP data did not make sense. "Is Retail Growth Undervalued in Recent GDP data" explained why it didn't make sense.

(June 1) You can't say that I didn't tell you so. "Seriously Strong Full-time Job Gains This May"  broke down the May Jobs Report and the Current Employment Statistics data and the Current Population Survey data. The Non-seasonally adjusted CPS data revealed a huge level of full-time jobs created during May.

(June 1) When Wages Increase and Workers Increase the economy can grow. "May Wages Up, May Workers Up" detailed how workers, non-seasonally adjusted, grew in every sector except the Information Technology sector, compared to last May. Every sector received a pay raise in hourly wages from May 2017 to May 2018. When you multiple wage growth by worker growth earnings are up over 5% compared to last year.

We are at a record level of combined full-time jobs and part-time jobs for any time of the year.We normally hit peak jobs during July or August each year. We have seriously low first-time unemployment claims and continuing claims levels. We normally hit the yearly low for first time claims at either the end of September or the first week of October. Continuing claims either bottom out during the first week of October or the first week of November.  Rising incomes will boost the economy and raise the Gross Domestic Product. There is more analysis of the May Jobs Report that will be published next week. 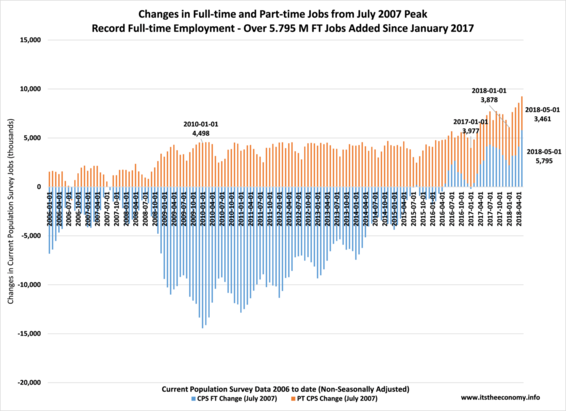 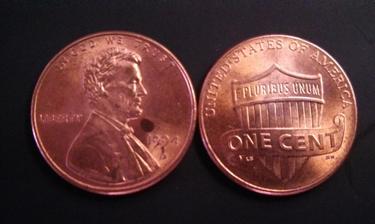 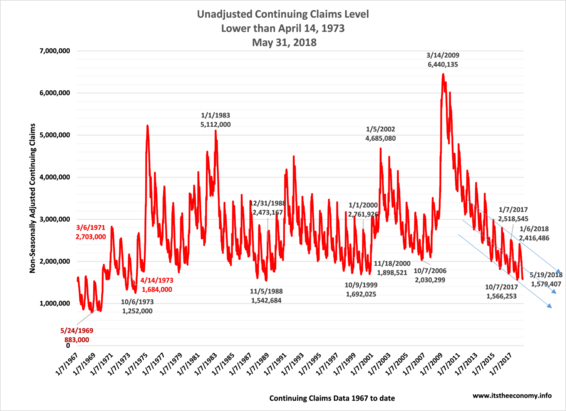 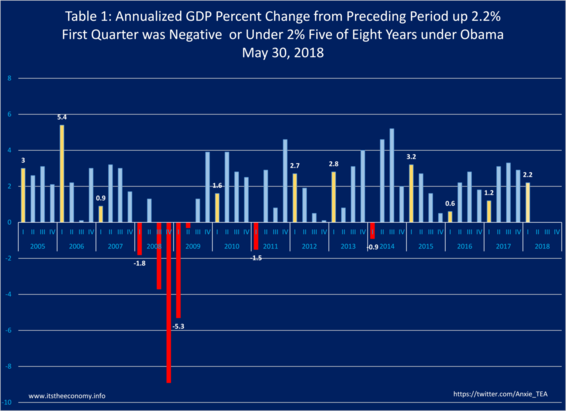