It has been more than 500 days since President Trump took office. This happened on June 6, 2018. This week the White House was celebrating six month since the tax cut. This week the economic data was scant. We received solid new home sales data, strong weekly unemployment claims data, and "goofy" GDP data. Goofy is an economic term. The lack of data allowed this writer to catch up on outdoor work that was created by a one week vacation as well as address the June Jobs Report and the Multiple Job Holder (MJH) data.

(June 28) The Gross Domestic Product Revision garnered some attention because it was revised lower. Originally is was reported at 2.3%, then 2.0% last month, and now 2.0% this month. This column wrote an article on the Advance GDP value, an article stating that the personal consumption expenditures (PCE) (Retail Sales and Inflation) may not have been fully reflected in the Advance GDP number, and an article on the first revision to the data.  "GDP Data revised Lower. Why?" addresses some "problems" with the PCE revisions, the Gross Private Domestic Investment Revisions, and the Import/Export Revisions.

(June 29) This column writes a series of articles regarding the monthly jobs report data during the month that the report is released. One analysis that was missing this month was the Multiple Job Holder data. The number of "Multiple Job Workers Dropped during May." We know that we saw a surge in full-time jobs during May, and a drop in the number of part-time jobs and unemployed workers. Would that be reflected in the number of full-time/part-time job workers, part-time/part-time job workers, and a drop in the total number of people working multiple jobs? The answers are in the article.

Next week contains the Fourth of July. There will be no data on Wednesday. The ADP Payroll report will be released on Thursday. The Employment Situation Report, or Jobs Report, will be released Friday. That gives me the weekend to work on an ADP forecast Article, a Jobs Report forecast article, and maybe even one more article regarding the May jobs report. We already have more jobs and more workers than we had during July 2017, non-seasonally adjusted. Unemployment claims were down mid-May to mid-June. We should see a spike recorded in jobs and workers, non-seasonally adjusted with the release of the June Jobs Report. Will it be reported, seasonally adjusted? 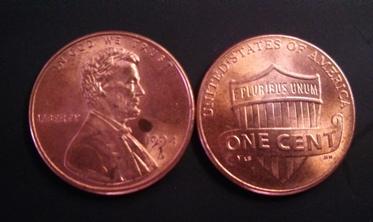