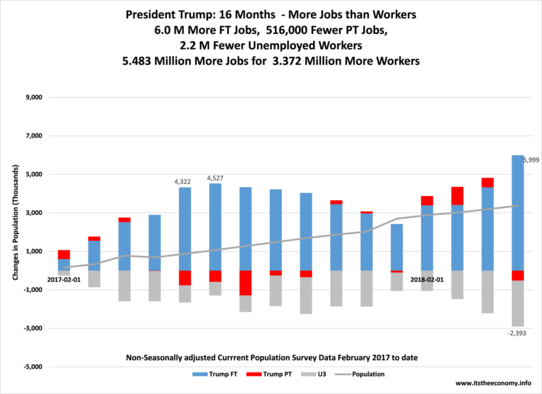 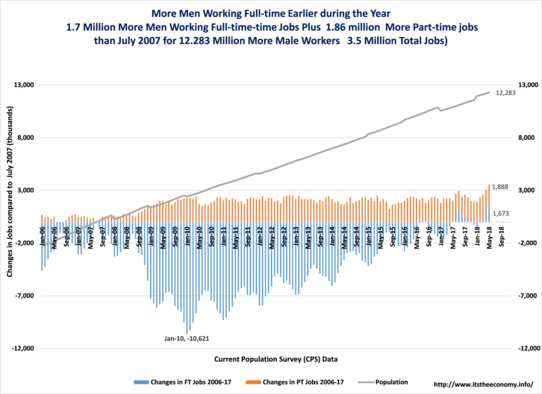 This week a slow news week for economic indicators, other than the weekly Unemployment Claims Report and the JOLTS Job Opening Report.  This means that there was more time to dig into data from the Jobs Report.

(June 5)  The surge in men working during May should not surprise anybody. All sectors added workers from April to May, including construction, mining/logging, and manufacturing. These have been male dominated workforces for decades. "May Sector Data: Three Sectors with Room to Grow" details how while all sectors have room to grow, three sectors have not recovered to pre-recession levels and two are not at peak worker levels. Two sectors had more workers after the Great Recession began than they have working right now.

(June 8) This week the April JOLTS job opening and labor turnover survey for April was released. Remember that we have been discussing the May employment situation report. What did we learn by looking backwards? The job openings were at an all-time high. Unemployment was seriously low. There were more openings than unemployed workers. Does that matter? They are two different surveys with different sample sizes, measuring different things. "Job Openings Greater than Unemployed, So....." looks back at he multitude of articles written regarding the April Jobs Report and details how the sectors with the most job openings had the highest quit levels and the lowest wage levels, so... correlation or causation?  Are there job openings because employers are willing to pay enough to attract workers or are there high levels of quits because employers aren't willing to raise wages enough to keep their workers?

Next Week June 12 we will receive he CPI data, June 14 we will receive the MARTS Retail Report. We will then receive information on new construction, new home sales, and existing home sales.  The June Jobs Report will be upon us before we know it. 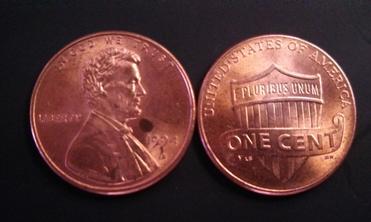