The monthly jobs report, or employment situation report, is a market driver. The report is created using two databases: The Current Population Survey (CPS) and the Current Employment Statistics (CES) data. The CPS data measures the number of full-time jobs, the number of part-time jobs, the number of unemployed workers, and the number of people in the workforce population. From this data we receive the unemployment rate and the participation. The CES data measures the number of workers and the industries where we are seeing expansion and where we are seeing contraction. The Jobs Report is released the same week that the ADP Payroll Report is released. The headline CES Jobs report number measures the non-farm worker level, which includes government sector jobs. The headline ADP number is a private sector number that excludes the government sector. The three data sets have different sample sizes and different error rates. This column produced an article regarding the ADP payroll number, the CES worker number, and the magnitude of growth in jobs and unemployed workers.

So what happened this month?

The seasonal factor was lower than that used during  June 2015 and June 2017. If those seasonal factors would have been used then, before the upward revisions to the data, the growth would have been either 216,000 SA CES private sector workers or 277,000. Add 33,000 and the total SA CES gain could have been reported at 310,000. Remember this column wrote an article saying that the number could reach 301,000 and also said that an increase of 25,000 would reduce the June Jobs Number by 25,000

We saw Unemployment Spike by 1.056 Million Workers. You may have heard that unemployment spiked by 499,000 seasonally adjusted workers. It was far greater. The thing to take note of is that during June of 2017 unemployment spiked almost by 1 million. Also note that saw larger NSA U-3 spikes during June 2003 and June 2009 and yet they were reported with smaller SA U-3 spikes. The power of seasonal adjustments is revealed.

We saw full-time jobs  by over 1 million jobs. We also saw part-time jobs by almost half a million jobs. We saw a net gain of 457,000 jobs during June.  Here is the interesting thing: The CPS data reported a seasonally adjusted loss of 89,000 full-time jobs and a gain of 145,000 part-time jobs.  Up is down and down is up. This is huge because the participation rate is based on gains and losses in FT jobs, PT jobs, and unemployed workers.

We saw the non-seasonally adjusted participation spike to 63.37%. We also saw the unemployment rate spike to 4.17%. If you had read the forecast article in this column you would have known that the NSA and SA U-3 level was going to jump and that it was projected both the U-3 rate and the Participation rate would spike.  a

Multiple Job Holders increased this June. It was projected that multiple job holders should have fallen this June as they did last June. It was though people would trade multiple jobs for one full-time job. There will be an article to address these changes.

This report was remarkable. The data indicates President Trump has created more full-time jobs than Presidents Reagan, Clinton, Obama, or George W. Bush after 17 months. Wages have been rising. This data will be examined from an hourly rate and from a gross annual income perspective. Women recovered from the Jobs recession faster than men did. The Battle of the Sexes or "War on (Wo)Men) series will address this situation. There is more than one or two headline numbers in this report. If you feel that you are doing better, you are probably doing better. 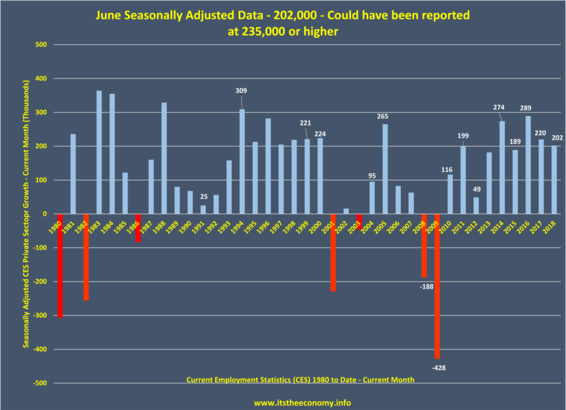 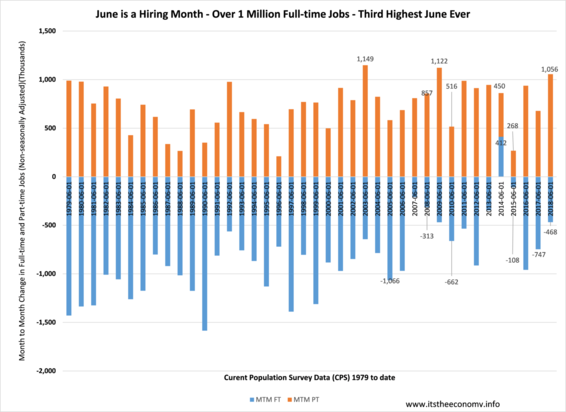 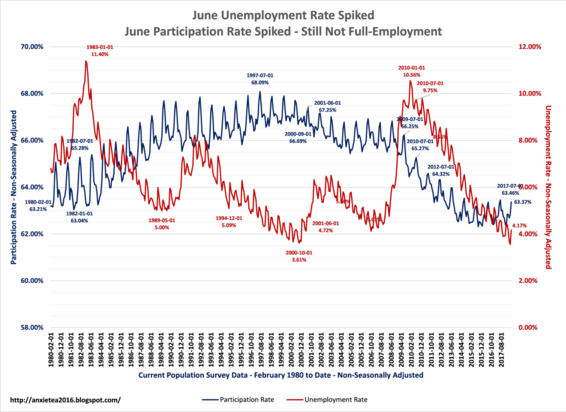 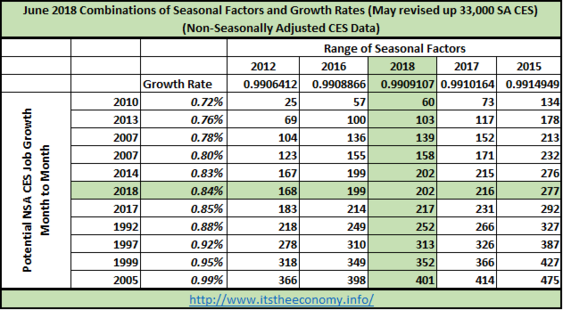 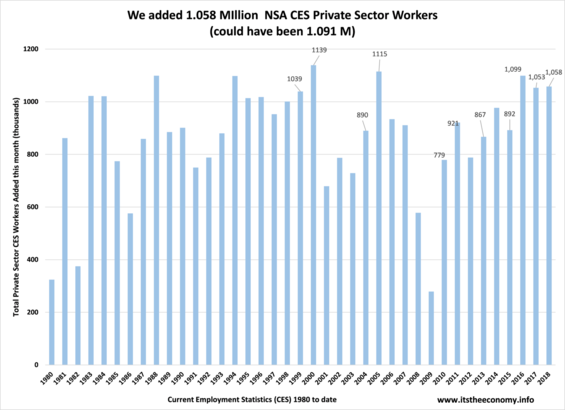 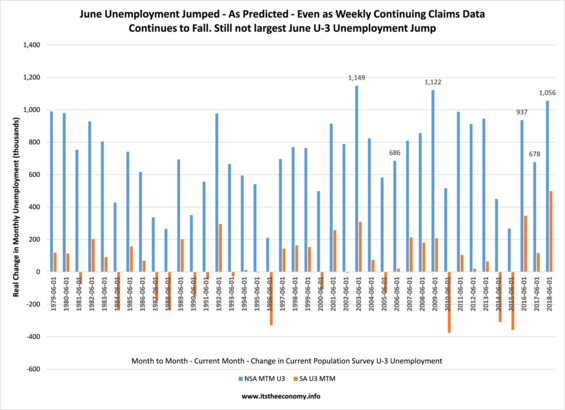 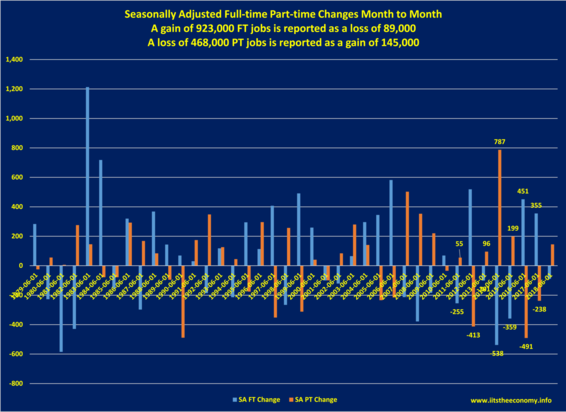