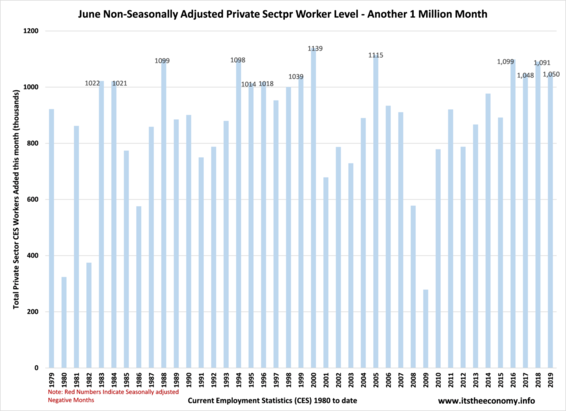 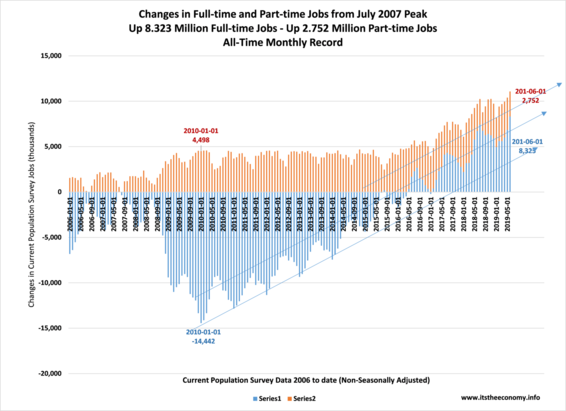 We set an All-time Full-time Jobs Record during May, Even with the Weak Report

This month the Jobs and workers were expected to record a surge, report growth

The peak employment months are normally July and August. Last year we had a similar surge in jobs during the Christmas Shopping Season. Last month's jobs report was a disappointment in the number of seasonally adjusted Current Employment Statistics (CES) workers added to the economy. The number of Current Population Survey (CPS) jobs added were also remarkably low. We still managed to had the most number of workers and jobs, non-seasonally adjusted, that we have ever recorded. This is not what was reported.

What was expected this month was a jump in CPS full-time jobs, a dramatic drop in cps part-time jobs, and a surge in CPS unemployed workers, which should have meant a large increase in non-seasonally adjusted participation. The NSA CES data was a bit of a crap shoot with all sectors expected to add NSA CES workers June to June and most adding workers month to month. The government jobs were expected to fall, which could negatively impact the headline non-farm payroll, depending upon the seasonal adjustments

The Headline Seasonally Adjusted  Non-farm payroll number came in "stronger" than expected. The NFP number, seasonally adjusted, came in at 224,000 workers. The Private Sector number came in at 191,000 workers. What is missing is that the underlying non-seasonally adjusted data cane in over 1 million workers. The level of NSA CES private sector workers was comparable to what we have recorded during the past four years. How did  a recorded 1 million workers get reported as 191,000 SA CES workers. How did June 2016, which recorded better data than the months of June 2005-2015 report weaker data than 2005, 2013, and 2014-2018? We "always" add workers during the month of June. We even added workers during June 2009 and June 2010.  The answer is in the seasonal factors at the individual sector level, most likely.

There is much more to report regarding the Current Employment Statistics data. There is the break down of growth by sector and the changes in wages. This data will be covered in the "Wages and Workers" Article.

You may have heard that unemployment rose during June. It did. It did not jump as much as anticipated. It jumped the smallest amount since 1979. The unemployment level may have risen as respondents to the CPS survey said that they were not working and were attempting to find work.The number of U-3 Unemployed workers rose less than during June 1988. It rose less than any year in the graphic that was reported as having seasonally adjusted month of June  U-3 declines.

This column is attempting to wake-up the masses with regard to the massaging of, and the messaging of the data. The CPS jobs and unemployment data is different from the CES worker and wages data. The CES worker and wages data is comparable to, not the same as, the JOLTS Job openings and labor turnover survey data. The CPS U-3 data is different from the weekly continuing claims data. The CPS unemployed are out of work and looking for work. The weekly claims data records those who were working who recently lost those jobs that qualify for unemployment benefits.All of this data has non-seasonally adjusted components, reality, and seasonally adjusted data, Governmentland. The seasonal factors used to convert the NSA data to the SA data change by data set, category, month, seasonal and year. Each data set has a different sample size (CPS-Household data, CES-Establishment data, JOLTS data.) You might as well compare A Pomegranate (CPS) to a Red Anjou Pear (CES) to an Apple (JOLTS) to a tomato (Weekly Claims.) All are red fruits, even the tomato.

This report was remarkable. I said as much in my Twitter feed yesterday:

This report was remarkable. There is a lot more left to say.

This report was solid. We might not see the kind of jobs reports we saw during the 1980s and 1990s because employers are only hiring the number of workers that they need.  Participation rates used to really peak and trough during the 1980s and 1990s. We are behind where Former President Reagan was during his 29th month. We are well ahead of where we were on jobs last year. "All recessions" are jobs recessions. We are still expanding. An expansion of workers and wages means an expansion of earned income, which should boost the economy to  strong second quarter and third quarter Annualized GDPs. 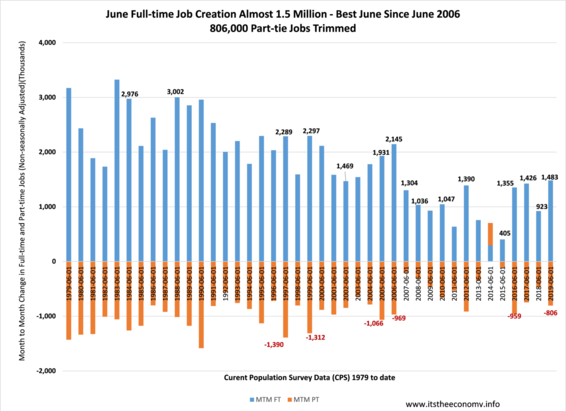 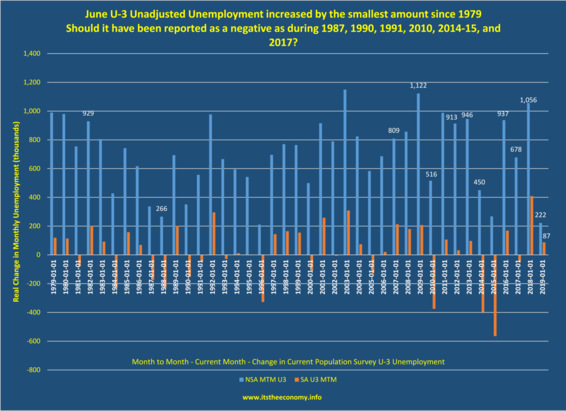 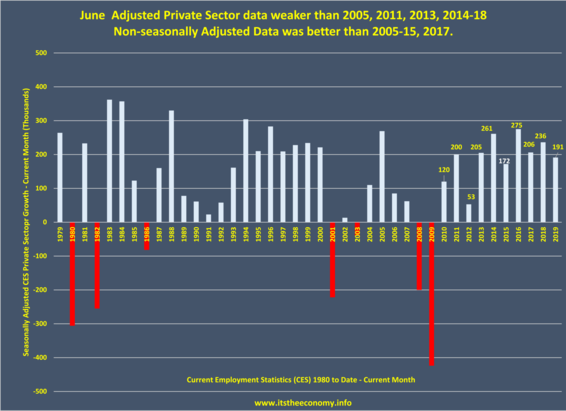 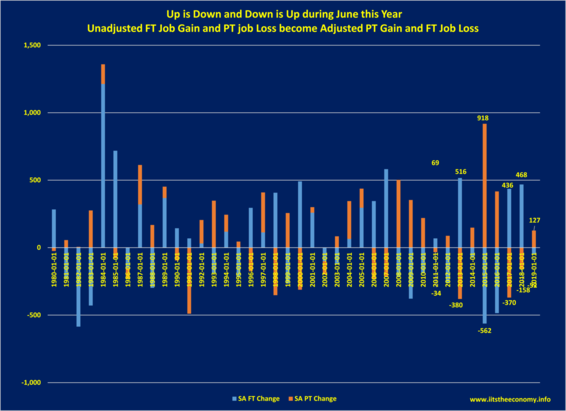