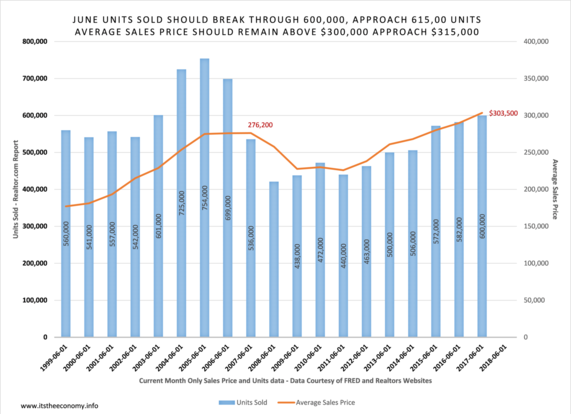 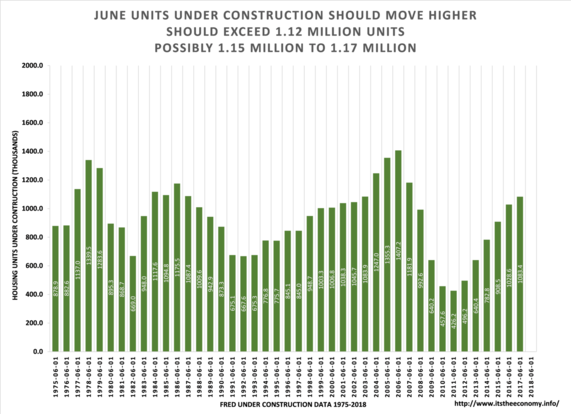 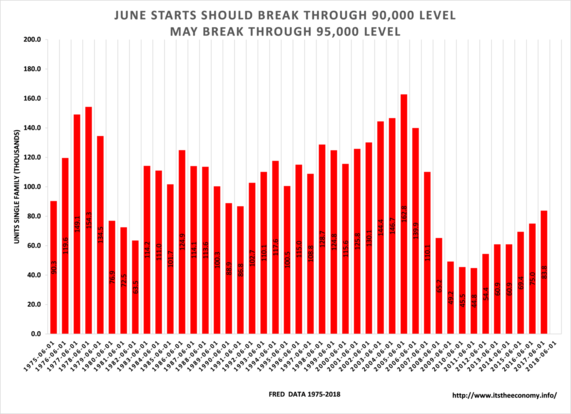 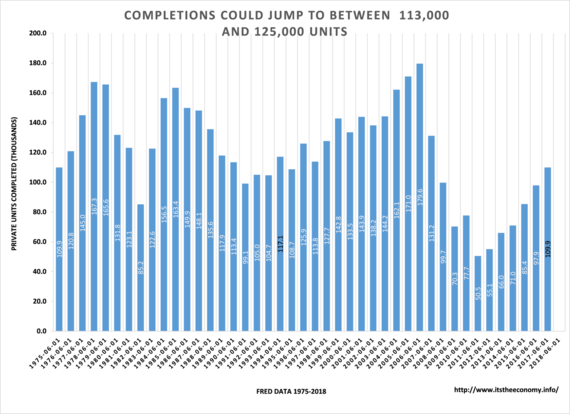 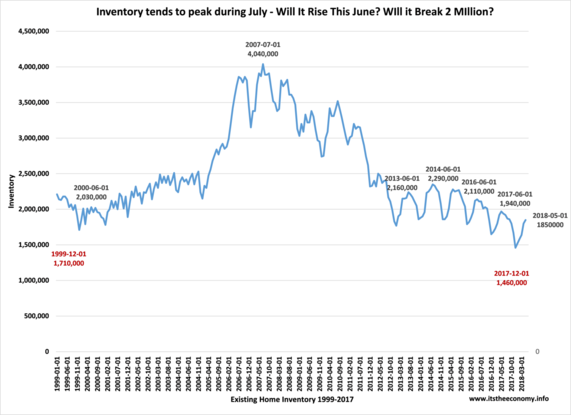 New Home Construction should see improvement over last year for Starts, Units Under Construction, and Completions. The data for starts spiked during 2006 and hit historic lows during 2010 and 2011. We saw a spike in Starts last month. we could see a similar spike based on month to month and June to June growth rates.  We should have over 100,000 starts in a healthy economy. We have a healthy economy. The problem is that we were last over 100,000 units started during June during 2007 as the economy was cooling. Construction jobs have been increasing in number and in wages. We may be able to return to pre-recession construction levels when pre-recession construction jobs "return to normal."

New Home Inventory has remained below 300,000 units. That number should improve in light of the starts and completions data.Will this be the month that we break through 300,000 units? Will sales deplete inventory as quickly as they are added?

New Home sales could break the 60,000 level and approach the 70,000 level. Once again, sales have been lagging by historic measures. Sales have been improving, same month data, basically every year since we saw sales hit historic lows during 2010 and 2011.

We normally sell ten times as many existing homes as we do new homes. Last June we hit 600,000 units. We only saw volumes higher during 2003, 2004, 2005 and 2006. There was a "pop" in units sold during June 2015. Inventory, same month inventory, has been decreasing since 2015. Peak inventory is normally achieved during July, as people are trying to move before the end of Summer. People want to move over Holiday weekends. June 30th, or the Friday closest, is traditionally the busiest day of the busiest month. People will also try to close at the end of August so they can use the Labor Day Weekend for unpacking. Inventory held back sales a bit last month. Even though inventory is lower than June 2000, or it most likely is lower, Sales should move up 3% to 5% to the "Six-teens."

The Average Sales Price should edge higher due to Supply and Demand. The average shelter inflation has just slightly exceeded 3% this year. We could see an annual rate approaching 5% this month. The rate of growth in average sales price is not as steep as it was during the run-up to 2005 and 2006. This increase in sales price should be sustainable.

Real estate signs are budding like flowers. Some blooms have peaked while others are peaking.  Expect year over year growth in Starts, Under Construction, Completions, New Home Sales, and Existing home sales. Expect upward pressure on prices. We are six months into the cycle, so it will be easier to see where we are heading based on the rolling year data, the data from the most recent 12 months, and it will be easier to see with which years we are trending for current year data and project out to the end of the year. The headline annualized sales data tries to project out 12 months from release date. Those values are rarely the final values achieved. Some months the are "optimistically high" and others shock people when they become "pessimistically low." Expect good news over the next few weeks. 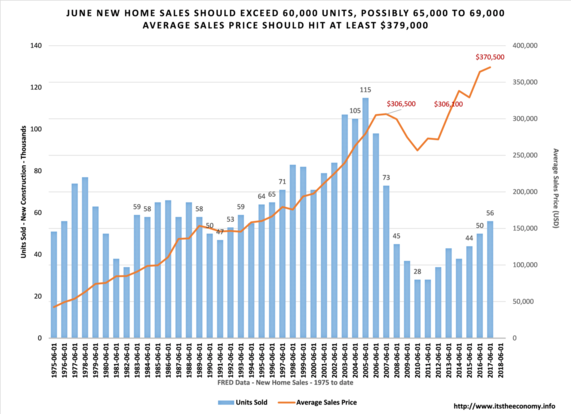