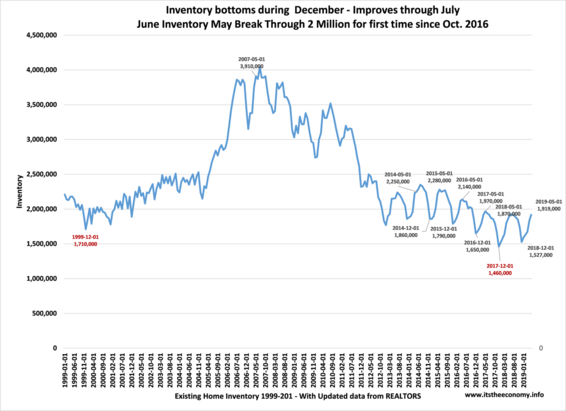 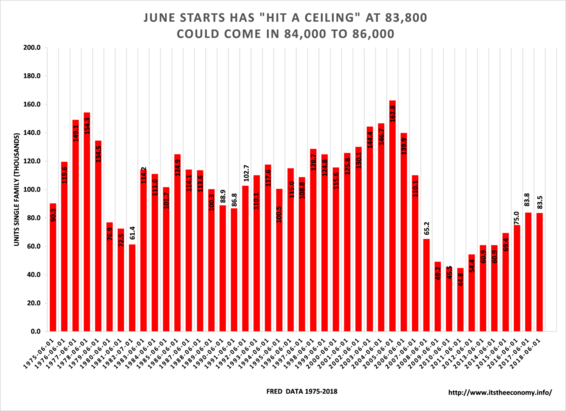 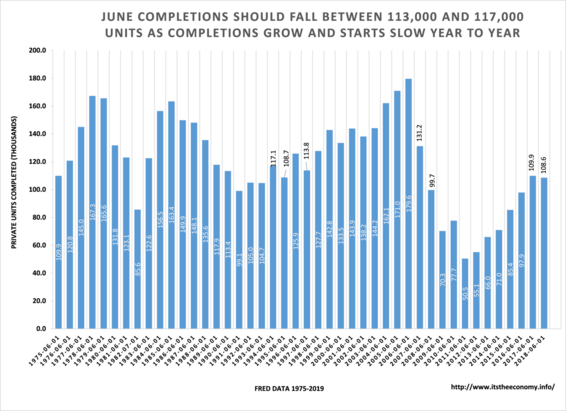 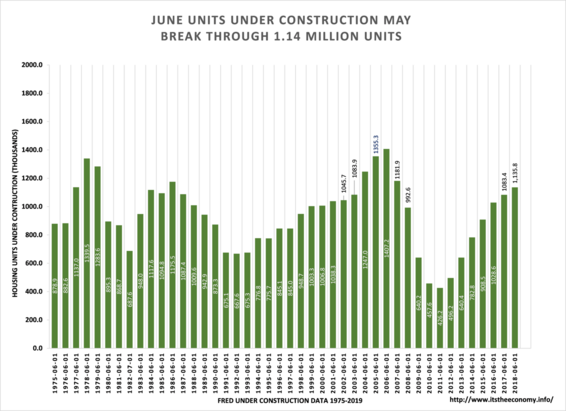 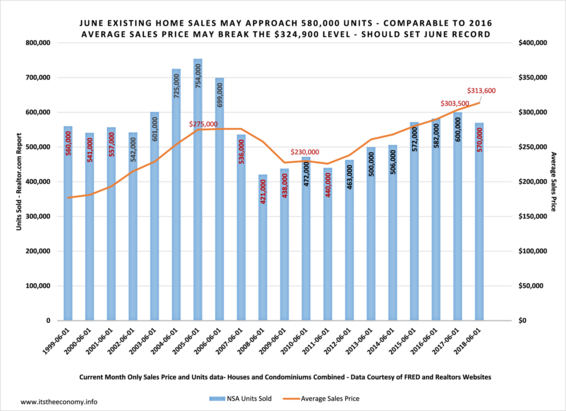 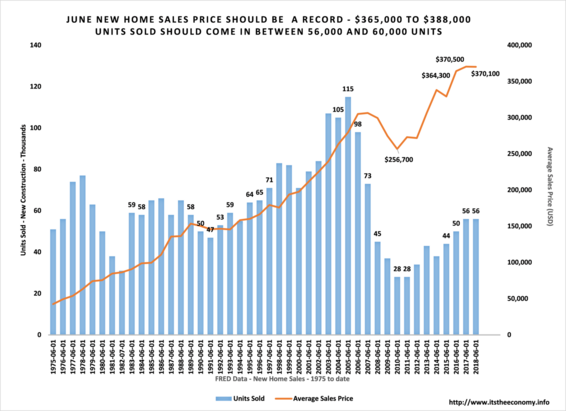 Single Family starts tend to peak during April, May, or June. We had 79,000 starts during March, 83,000 during April, and 78,000 during May.  We have seen strength during June during the past two years. This confirms the idea that we could see a spike this month. It does not appear that we have peaked this year.June, July, and August should all be higher than March, and could all be higher than our April Value of 83,100.

Completions have been outpacing the 2018 levels all year, except May.  Completions have been outpacing the YTD levels for 2008 through 2018.This slight drop from May to May could be something or it could be nothing. It is anticipated that the June date will exceed the June 2018 data of 108,600. The month to month data is indicating 103,000 to 113,000 units while the June to June data is pointing towards 117,000 to 128,000. There is no overlap. The month to month data tends to dictate what to expect in these situations. Expect a number under 113,000 and over 109,000. Expect to maintain this "best completions year since 2007" pace for the remainder of the year.

Existing Home Inventory has been the best kept secret during its slide and during its recent rise. We hit a "twenty year low" during January 2017. The data is only available back to 1999. We started seeing a recovery of inventory during August of 2018. You cannot sell what is not available for sale. Inventory is expected to grow to between 1.98M and 2.01 million based on month to month growth and between 1.95M and 2.01 million based on June to June data. If this number hits 2,000 million, as expected, then there should be corks popping somewhere.

The Great Recession was Four Recessions in one. We had housing sales peak during 2005 with average sales prices peaking during 2006. We had peak employment, and peak jobs, during July 2007. The retail sales data was the last to be impacted and the first to recover. The three recessions "created" the GDP recession. We have a record level of Jobs and workers, non-seasonally adjusted. These workers are earning record June Weekly wages. People need two years of continuous employment, preferably  permanent full-time positions, not seasonal positions, to qualify for mortgages. People have to know that they can sell their home for more than what they paid for it and they have to know that they can afford to buy their next homes.

We are not in a recession. "All recessions" are jobs recessions. Unemployment is still trending lower year of year. Jobs are still rising year over year. We still have record levels of Job Openings. Inflation is low. Participation is improving. Retail sales are still on track for another record year. The inverted yield curve is being created by negative long-term bond rates in the European Union. If you can invest in the US and get positive yields versus the EU and negative yields, which would you do? AS investors buy more bonds the demand drives prices up and yields down.

Are you waiting for a rate cut? We were told to anticipate three rate hies during 2018 and two during 2019. Then we were told to expect four and one. Then some mental midget proposed a possible fifth rate hike during the government shutdown. The current discussion is a single rate cut either during July or September. Now another mental giant is saying that we should anticipate twp, three, four, or five rate cuts during the next two years. No. We should get one cut, possibly this month, to calm markets and to "dis-invert" the yield. We might then get one more rate HIKE by the end of the year in order o have some room to cut if the economy slows. The Federal Reserve is the US Federal Reserve, not the International Monetary Fund. We can only work with what is happening in the US economy. We must lead by example. If you are waiting to ht a lower mortgage rate, don't. The interest rates were at 10% during 1990 and dropped roughly 1% a year until 1995. When interest rates dropped below 7% people were gobsmacked. It was cheap money at 6%. It was a dream come true at 5%. Eventually interest rates will hit 5% again. Contact your REALTOR and your loan officer.ool d

The new home construction data, new home sales data, and existing home sales data are pointing to improving conditions - not to hot, not cold. Slow and steady will win the race.