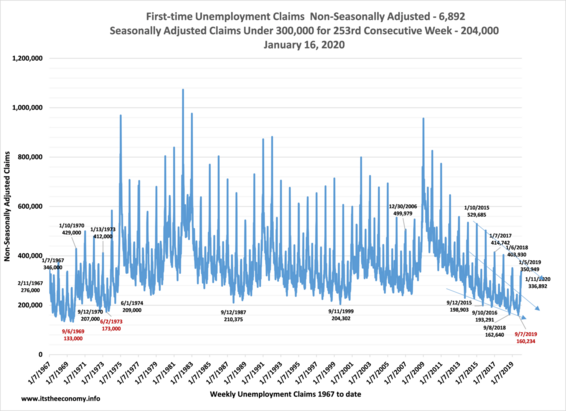 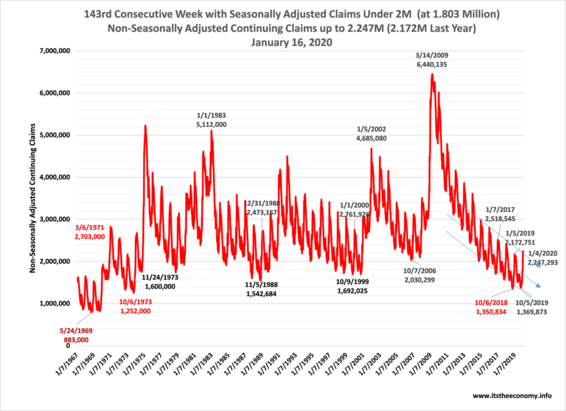 First-time claims Lowest for This Week of Year since 1969

Seasonally Adjusted Continuing Claims dropped from 1.804 million to 1.767 million claims.  This is the 143rd consecutive week with the SA CC under 2.0 million claims.

What does this all mean? People are being hired and fired. They are being hired and fired at some of the best levels recorded during the past 40 years. High levels of hiring, low levels of unemployment. We will find out . The December ADP Payroll report was released last week along with the December Employment Situation Report. Tomorrow we will receive the November JOLTS report.