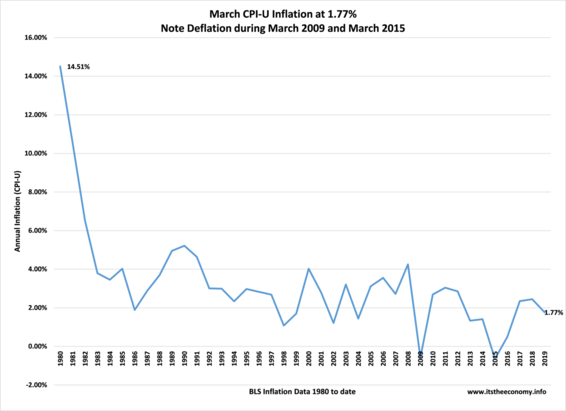 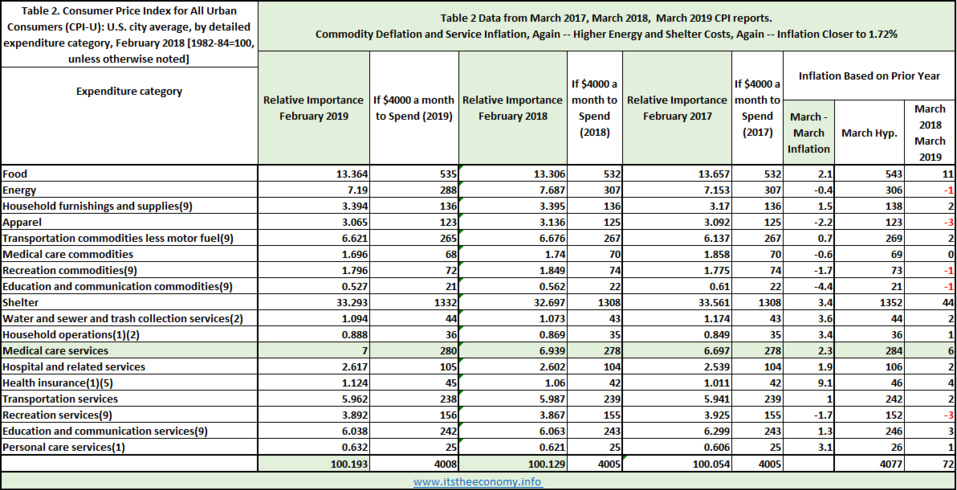 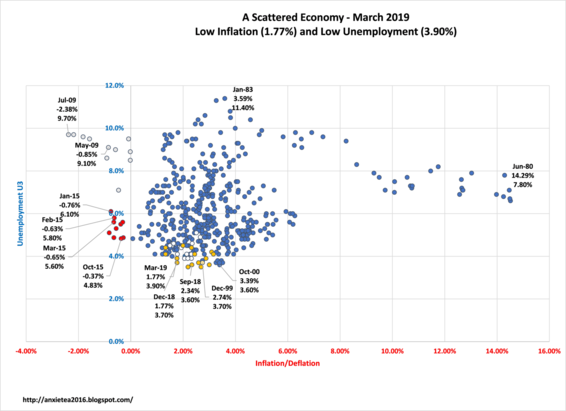 The March CPI data was remarkable - Better than Reported

The headline rates were 1.9% annually and 0.4% Monthly

The March 2019 Inflation Report, CPI Report, was released to little fanfare. The headline rate was 0.4% month to month and 1.9% March to March. This does not tell the whole story. This column has produced numerous article that detail how we have had Shelter Inflation, Service Inflation, Medical Inflation, and Commodity Deflation. This month we see more of the same.

The Relative Importance of Medical Services rose to 7.000% this month. The CPI data balances a basket of goods every month. The relative importance changes month to month and the same month every year. Here is the data:

If you had $4000 a month to spend, you would have spent $4077 based on last year's levels.  First, notice that the government things we have 100.19% of $4000 to spend compared to prior years. last year they thought we had 100.13% of $4000 to spend. Second, $44 of the extra $72 we are spending this March compared to last March is going to Shelter expenses, Rent or the "Rent Equivalent."  Third, you are spending $11 more on Food this march compared to last March. Finally, we are spending almost as much money on Medical Care Services as we are on Energy, $284 versus $306. This obviously varies based upon your actual income.