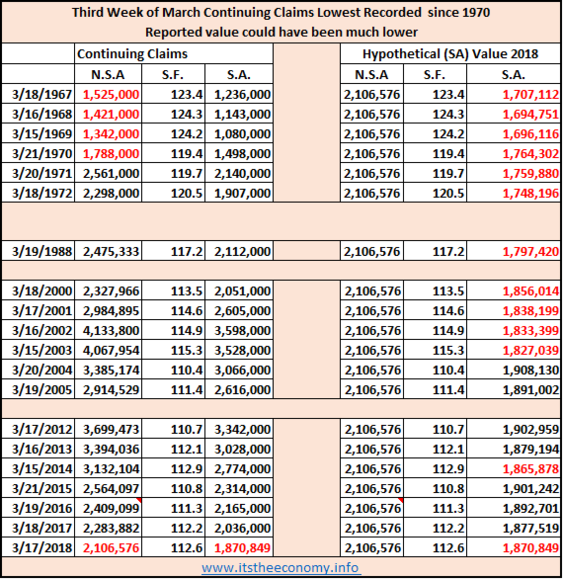 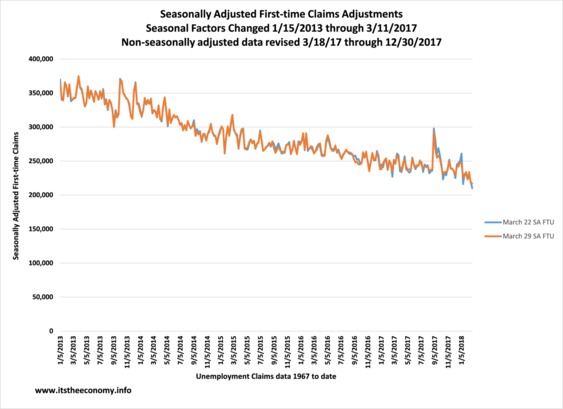 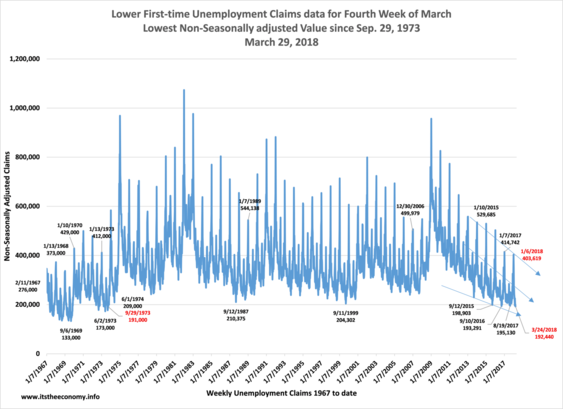 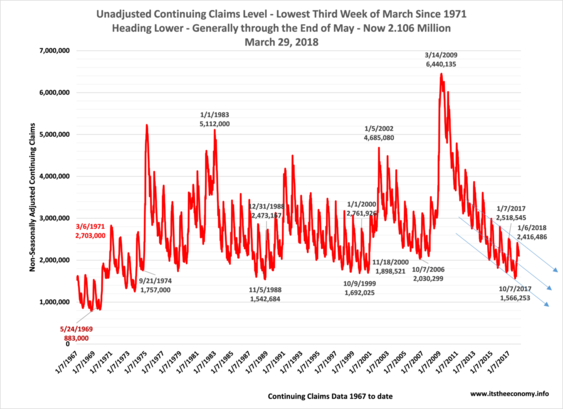 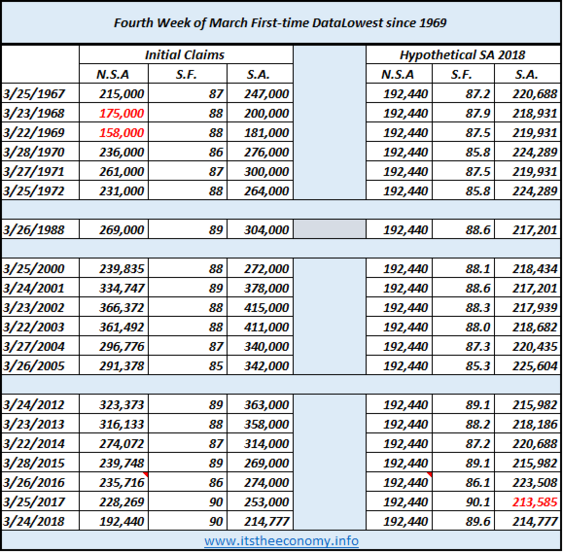 The weekly unemployment claims report includes non-seasonally adjusted (NSA) data and seasonally adjusted (SA) first-time unemployment claims data. The SA FTU claims data used to be "headline news" at the bottom of the 8:00 hour most Thursdays. A second data set is the NSA and SA continuing claims (CC) data. The SA FTU claims data was used to create a "Unemployment Claims Streak." This column has written a plethora of articles on how the "facts" of lowest SA FTU claims data were using seasonally adjusted data from different seasons with different seasonal factors. These facts were FACTs (False Assertions Considered to be True.) It is an Economic Urban Legend.  Last week's unemployment claims report included a notice that the data from 2013 through 2017 was going to be revised. Yesterday this column posted an article "Watch Revisions to Unemployment Data" regarding the changes and projected that while the NSA FTU data could increase or decrease slightly, that the continuing claims data should continue to fall. The First-time claims trend is downward through September (the bottom arrow,) with a small spike during July (the middle arrow.) The top arrow is the spike that is "always" recorded during the first week of January. The Continuing Claims data has a similar High, Low, mid year spike situation. These predictable seasonal situations are why the data that is reported is the seasonally adjusted data. Here is what happened this week.

Continuing Claims recorded a drop to 2.106 million claims. This is interesting because last week's NSA CC value of 2,104,251 was revised higher to 2,108,07. In this case, down is up. This is lower than any "third week of March" value since 1970.  There are 183,000 fewer continuing claims this year than during 2017 for the same week. This column has asked as to whether or not we will be below 1.5 million claims during October of this year?

Continuing Claims Could have been reported under 1.8 million, even under 1.7 million claims. The seasonal factors used to convert the NSA CC value to the SA CC value skewed the data higher than it could have been.