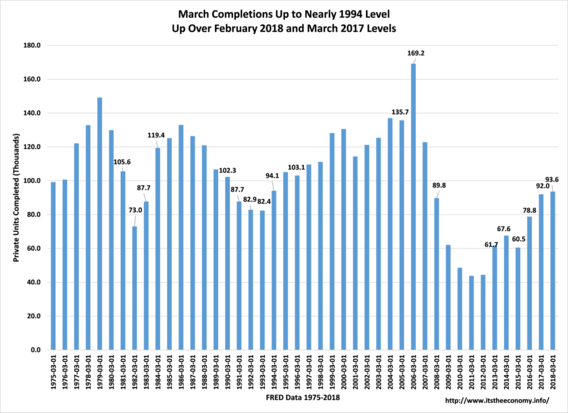 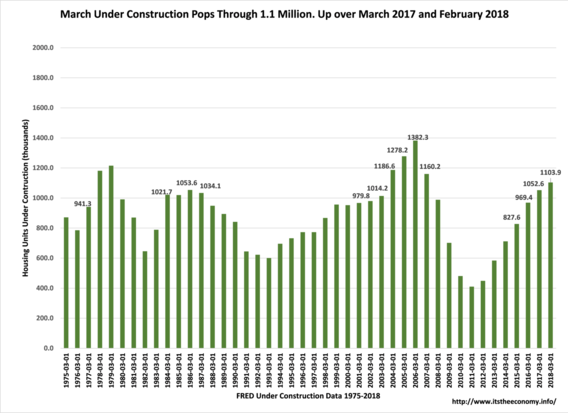 Real estate is a market multiplier for sales and for jobs. New Construction work provides jobs and products for sale. New construction is very seasonal in the majority of the country. New construction work is needed during the "Spring Market" in order to have sales completed by June, July, August and prior to the end of the year.  Last week this column produced an article "March 2018 Real Estate Forecast: Momentum" projected that Starts, Units under Construction, and Completions would record non-seasonally adjusted data that would be up from their March 2017 levels and their February 2018 Levels.

New home starts should also pop next month. The average sales price should set a new March record. The rolling year data is ahead of where we were last year for Starts and Completions. The Current year data is ahead of where we were last March for Starts and Completions. These two measures suggest that the new home market is expanding and that these numbers should continue to improve for the near future. If we see the current year data drop below the data from 2017 at any point this year, that does not mean that the new home market is weakening. One point does not make a trend. We now have three months of data for this year, and three points does form the basis of a trend. We should continue to see these trends continue as people work more jobs, and as we see construction jobs improve year over year for the same month. This report was a solid new construction report. It was a "Goldilocks" report - Not too hot, just right. 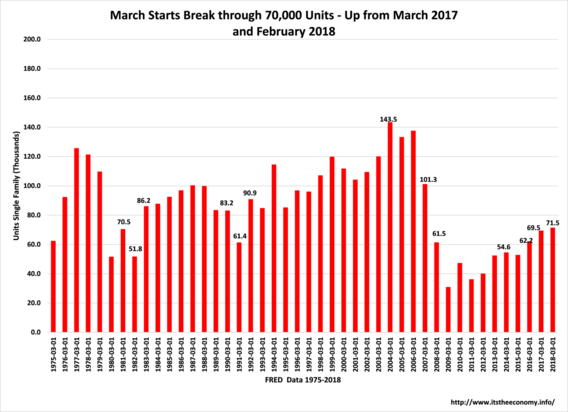