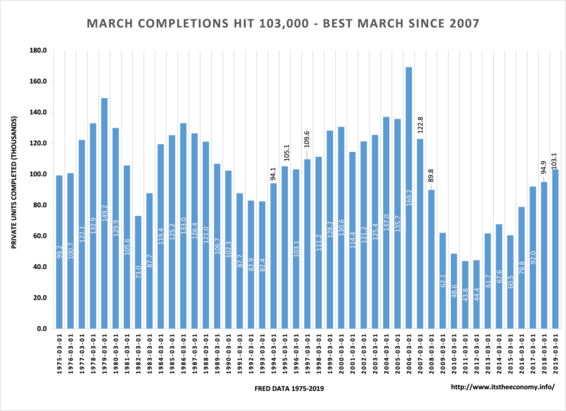 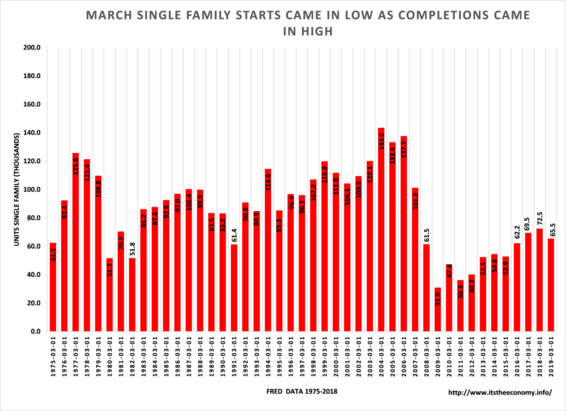 This column produced an article titled "How High Will Real Estate Jump This March" in which it was projected that starts could come in between 65,000 and 84,000 units, anticipating roughly 75,000 units, Under Construction was expected be between 1.129 million and 1.14 million, and Completions were expected between 98,000 units and 105,000 units. The data is showing this  push and pull of completion ups, starts down, starts down completions up.

The Starts data came in at the low end of expectations at 65,500. It was though that the lowest that we should have expected the data was 67,900, based on the annual growth from March to March.  This column has proposed that the slowdown in Starts has been due to a slow down in the loan approval process for builders or buyers who are hiring builders. It is also possible that there is still a shortage of construction workers, as we are not yet back to pre-recession levels of Construction Sector workers. This number was considerably lower than the anticipated 74,500.

Just because the markets are closed for Good Friday does not mean that the Government wasn't gong to publish the March New Construction data.  This data continues to show that the new home construction market is making steady gains in starts, units under construction , and completions, although not often all during the same month. This could mean that we will see a surge in new construction sales through the Summer and into the Fall. It may be years before we return to the heyday of the 2005 and 2006 markets. We may not want to over-inflate this balloon as we did during that two year time-frame. 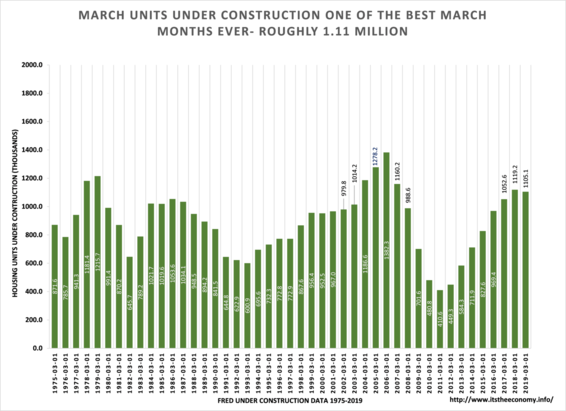