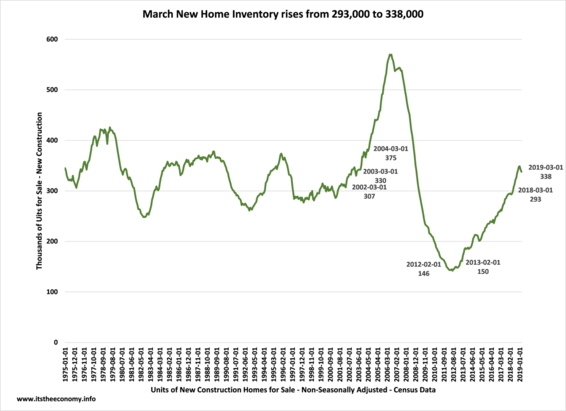 The item that has been overlooked during the recent reports regarding the new home construction data and the new home sales data, other than they were delayed due to the Government Shutdown, is that loans are often required for construction to begin and for sales to commence. Loans go through Washington DC. This is the Spring Real Estate Season and the data may start showing lots of green as both flowers and sales start sprouting.

The March real estate forecast article  projected the probability of strength and the possibility that the Government Shutdown may still be impacting real estate. It was projected that we could be over 340,000 units of inventory. Inventory allows for sales to occur.  Units sold are looking to come in around the 71,000 level, non-seasonally adjusted. The month to month data is projecting sales between 62,000 and 71,000 units. The March to March data is indicating 71,000 to 79,000 units. The reality is that we could see 69,000 to 73,000 sales just as easily.  It was expected that we we see around 71,000 units sold. The Average Sales Price should rebound form last March's $369,200. It was possible, not probable, to hit $392,000 and set a new March Average Sales Price record.

Units Sold edged higher to 68,000 units. The level of sales was the best for March since March 2007. This was a little lighter than expected. The thing to remember is that we had the Government Shutdown that may have delayed some sales this year.  We are approaching "normal" levels of sales. The "Great Recession" was a Housing Recession, A Jobs Recession, and A Retail Recession all rolled into one.  It takes time to dig out of a hole as deep as was dug during 2008 through 2010.

New home sales are important for retail sales.  We received the March MARTS data which was good, it was a the best March ever for total sales. There was some weakness in the "housing" related sectors. The article "March Retail Lamb Reported as a Lion" explains what happened to retail sales during March.

There is more to the real estate reports than  the "annualized" sales data and the average sales price. New home sales are a fraction of the monthly existing home sales. The new home inventory is a fraction of the existing home inventory. Changes in the average sales price and the median sales price, month to month or same month to same month, can bee an indicator of strength or weakness in the market as well as a change in the mix of homes available. Some years "starter" properties are king and some times it is the move up market. All real estate is local. Contact a Realtor to find out what is available in your market and  your market conditions. 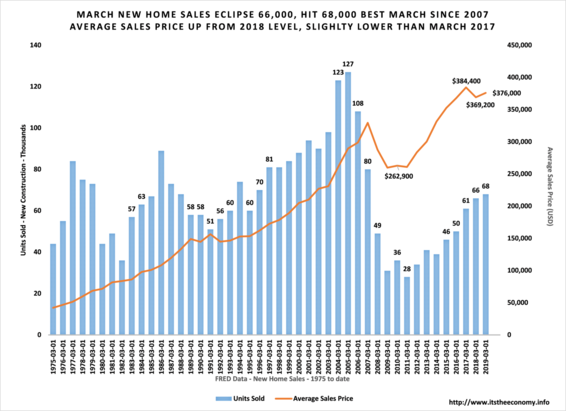 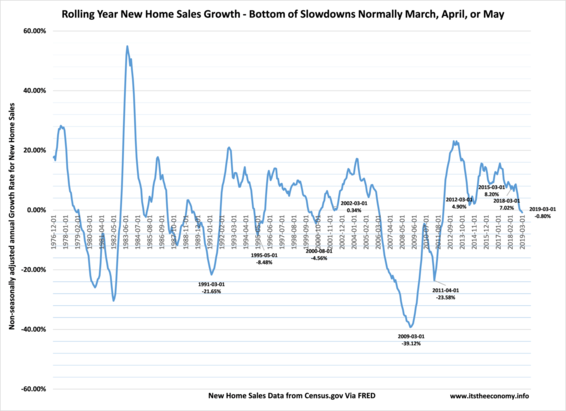