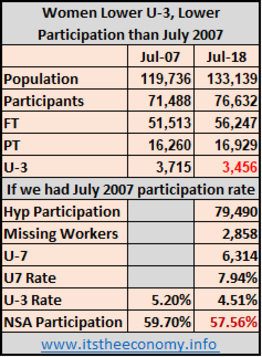 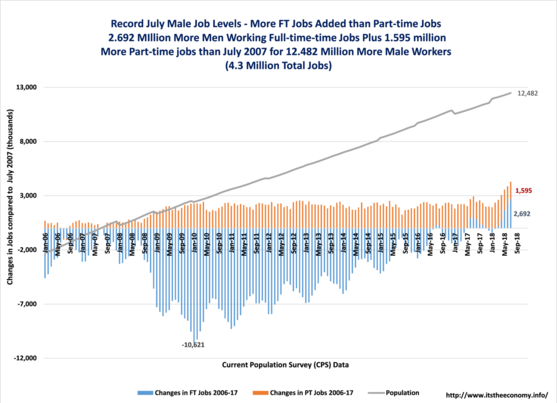 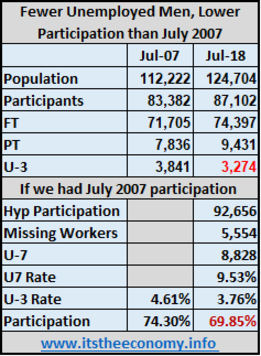 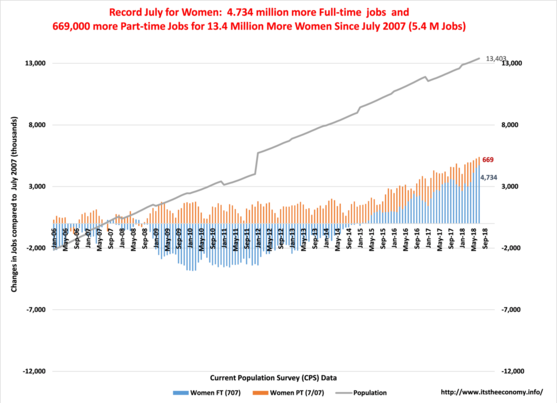 A Rising Economy Lifts All Boats.

The July Jobs Report was released this past Friday. Some people were confused by the jump in the Seasonally Adjusted Private Sector Worker number, and some were confused by the weaker Non-Farm Payroll Number. Some tried to soft-pedal the number saying it was disappointing, on one hand, and good because the May and June data were revised higher. So far this column has written the following articles:

The thing is that we are seeing increases across the board in the private sector workforce. We are seeing strengthening in Manufacturing, Mining/Logging, and Construction, historically male dominated industries. We are seeing those same jobs paying more this year than last July. These sectors have three of the five highest average weekly wages, with Information Technology and Professional Business Services round out the top five. So how are we doing for men and women this month?

The unemployment Rate for both men and women are below 5%, so we are at full-employment, right? Wrong.  The "Five Presidents" article detailed how former President Reagan and Clinton, as well as current President Trump, had added more jobs than workers during their first 18 months in office. The difference in the participation rate between July 2007 and July 2017 mean that we are "missing" 5.5 million male workers and 2.8 million female workers. If those "missing participants" are counted as unemployed, they aren't employed,, and are therefore effectively unemployed, then their respective effective unemployment rates are 9.53% and 7.94%. Some people are arguing that this is due to Baby Boomer retirements. This column has written numerous articles detailing how those over the age of 60 years old are "over-participating." The problem is that some people have stopped participating, especially between 35 years of age and 49 years of age.  The July data will be analyzed in a subsequent article.

July participation is up for the third straight July for women. Participation is down for the second straight July after stalling a decade long slide during July 2016.  There was a similar double bottom for men during January of 2016 and December 2017.Is not "getting worse" the same as getting better? Not really.

The more things change, the more they stay the same. Women are the largest part of the workforce population. Women work more part-time jobs than men. Men work more full-time jobs than women. Men are participating at a higher rate then women are participating. The data is good. There is still room for improvement for men and women. Will we return to pre-recession levels of participation? Possibly. It appears that women will return to their pre-recession participation rate before men do. Will they break through 60%?  Possibly. It may depend if they have a male significant other who is sitting on the sideline. 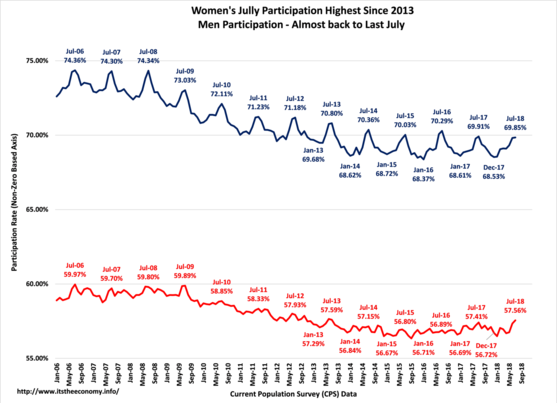