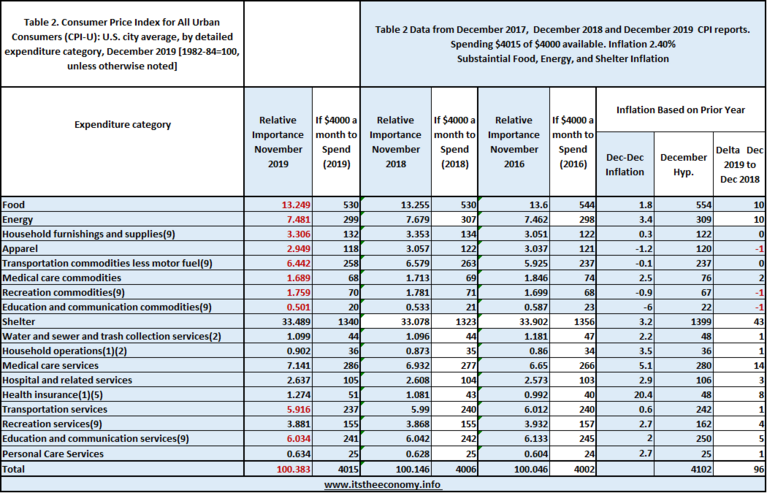 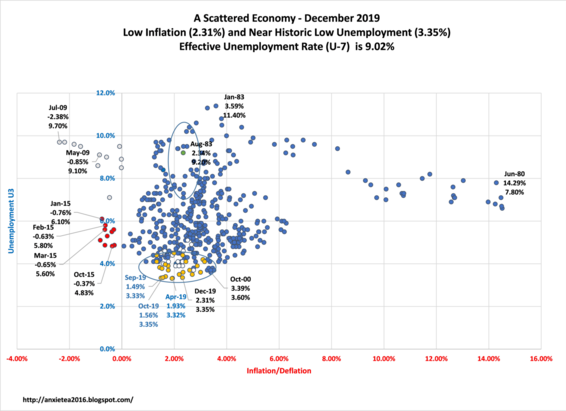 Inflation is paying more money for the same basket of goods. The weighting used to create that basket of goods changes from month to month and year to year. We have been experiencing commodity deflation and service inflation for a protracted period of time. The overall inflation rate has been below the historic norms. What happened this month?

We have modest inflation of just 2.31%. We have had two period of CPI-U (Urban and Clerical Worker) inflation for an extended period of time. We have been below 4% during the month of December since December 2007. We had two periods of Deflation. Once period was during 2009. We had a second period of deflation during 2015 while we were experiencing the "gasoline stimulus."

We are still experiencing Shelter Inflation over 3%. Inflation here is 3.2%. This inflation has been confirmed in recent Existing home Sales reports.

Food and Energy are Up - Clothing and Recreation Commodities are down. The commodities have been holding down overall inflation. Commodities are being weighted less this year than last December. Services are weighted slightly higher than they were last year.

The Health Insurance pop is non-sense. Supposedly health insurance costs are up over 20% compared to last year.  Supposedly we only spend rough

% of our disposable income on health insurance.

Inflation does not garner headlines these days. Move along. 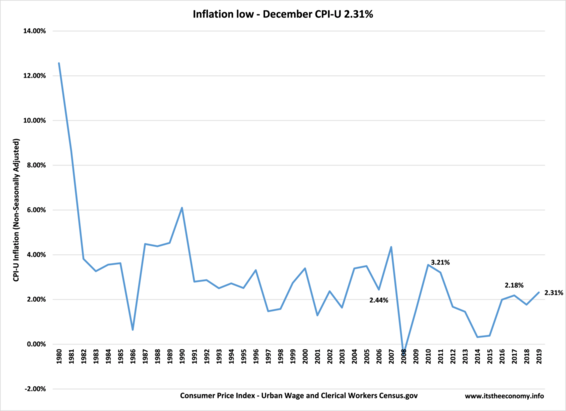