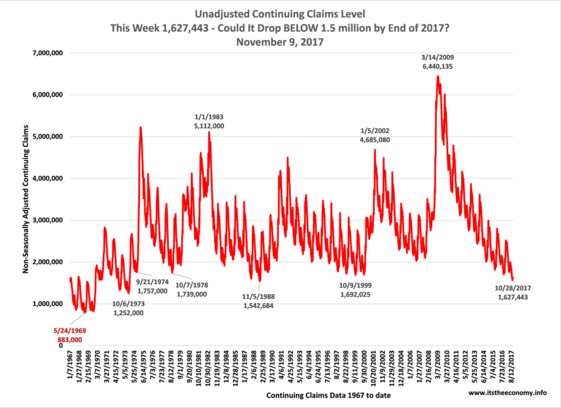 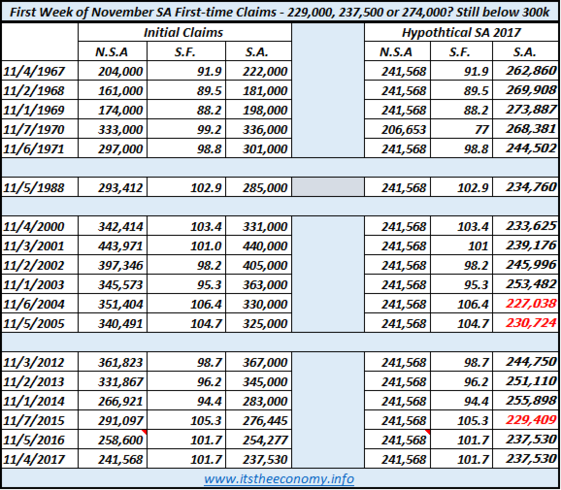 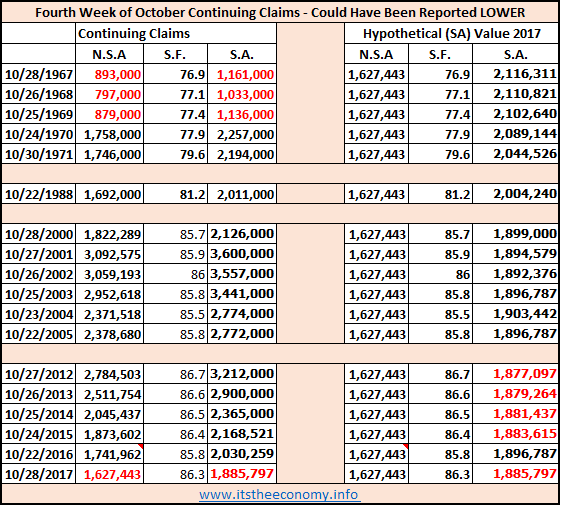 Unemployment Claims Report - Ignore Good News at Your Own Risk

The weekly unemployment claims report, and the accompanying unemployment claims data, was released this Thursday. This is not breaking news. The weekly report is released on non-holiday Thursdays every week of the year. What is breaking news is that the unemployment claims data was reported higher than it could have been reported. The non-seasonally adjusted data (NSA) is what is recorded. The seasonally adjusted (SA) data is what is reported. The seasonal factors that are used to convert the NSA data to the SA data change week to week, month to month, season to season, and year to year, as well as between categories. When data from different seasons are compared FACTs (False Assertions Considered to be True) are created. This week we saw strong data recorded - that is the truth.

Continuing Claims ticked up a little - Seasonally adjusted and Non-seasonally Adjusted - It happens this time of year. The data from October 14 was revised slightly higher for the second time. Originally it was recorded at 1,597,654 to 1,603,036 last week. The 1,603.036 value was revised to 1,603,263 this week. It is still near historic lows - going back over 40 years.  There was a low of 1.547 million during the first week of November 1998. Will we hit that low next week? This week the data was recorded at 1.627 million claims. 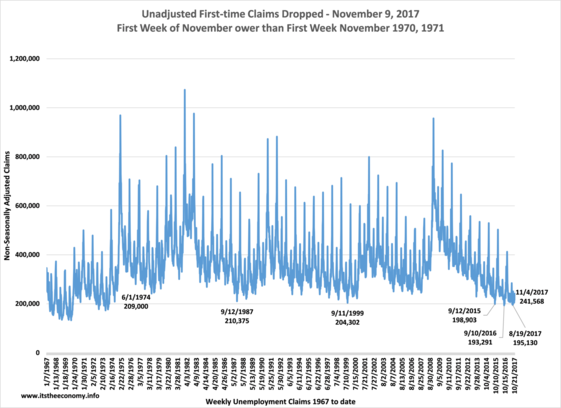