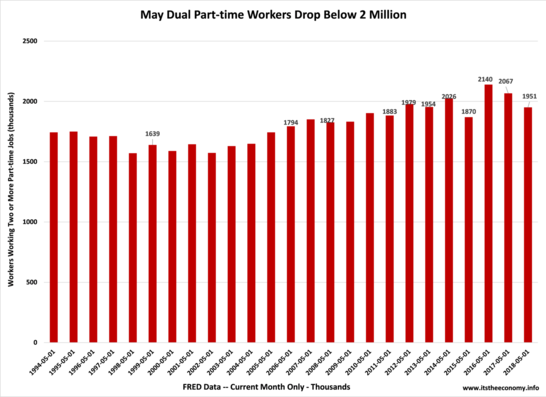 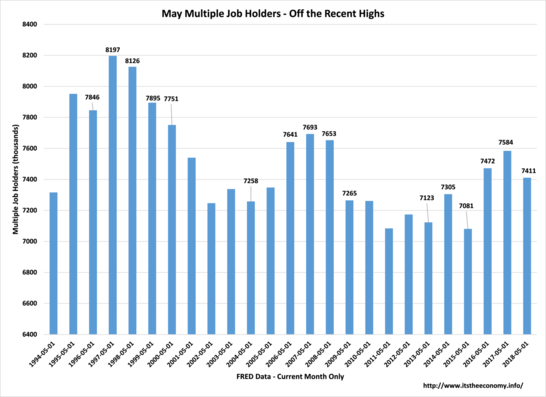 The May Jobs report, or Employment Situation Report was strong. We saw unemployment fall and full-time jobs rise. This column has written a number of articles on this report:

We have fewer than 8 million people working multiple jobs. This is significant. It is possible that some people no longer have to work two jobs for benefits or earning.

We have fewer than 2 million people working two part-time jobs. "Julia." the fictitious character to represent the part-time worker that received health care while working one or more 30 hour a week jobs may have found full-time work with benefits.

We have seen a drop in the number of multiple job workers during April, May, June and July of 2017 and April and May of 2018. Will we see a decline in PT jobs during June this year? Will we see another June drop in multiple job workers during June? We are in a transition period. That much is obvious. We have seen more jobs added to the economy than workers have been added to the economy, that boosts participation. We have seen millions of unemployed workers drop of the U-3 unemployment tally. That drop participation.   If jobs increase and multiple job holders drop we could be seeing am increase in participation as a result. We need to continue seeing more jobs created than workers entering the workforce in order to see participation improve more than it has improved since January 2017. 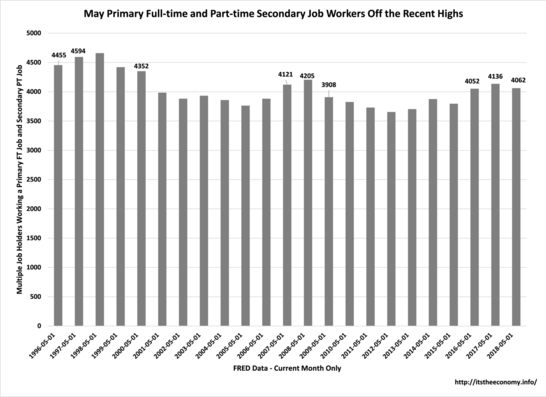