This Month there was another Average Sales Price Record Set.

The forecast was for a new average sales price record, inventory increasing or declining by 40,000 units, and the units sold might break through the 540,000 level. This was all detailed in the article "August Real Estate Forecast: Building Momentum." While it seems obvious that these three indicators could move up or down during a given month. Existing Home Sales tend to peak during June. Inventory often peaks during July. June sales dropped from the May 2019 levels, while the July data surged to nearly the same level as May. The forecast was to not be surprised if there were some surprises.

Month by month, 2019 has either been slightly better or slightly worse than 2015, 2016, 2017, and 2018. It is a binary choice unless the values are identical. We have been trending with the values for 2015 and have been lagging behind 2016, 2017, and 2018. January and February were slower than would be expected other than the situation where the Government Shutdown appears to have "shutdown" the loan approval process and the closings on homes. Were the sales delayed or denied? Monthly sales should decline from August to September, from September to October, from October to November, and should be similar in December compared to  November.

Inventory sank slightly to an August low. The prior record low inventory level for August was 1.870 million units during August of 2017. We ticked slightly higher to 1.909 million during August of 2018. The forecast was for inventory to be between 1.85 million and 1.93 million. We came in at 1.86 million. It is "not possible" to sell invisible inventory. Are people holding back on selling their homes because the mainstream media is creating a potential recession and recession fears? Are people saving money to buy next Spring? For sale signs are still popping up in the Toledo market.

Existing home sales and new home sales got off to a slow start during 2019. Inventory was part of the problem, the lack of inventory. The December Inventory level will be very important this year. Home prices continue to rise year over year. This could spur more sellers to sell. All real estate is local. It is more than "Location, Location, Location." Sales prices change by state, county, municipality, school district, neighborhood, condominium association, style, age, condition and price. Contact a REALTOR to find out what is happening where you want to sell and where you want to buy. 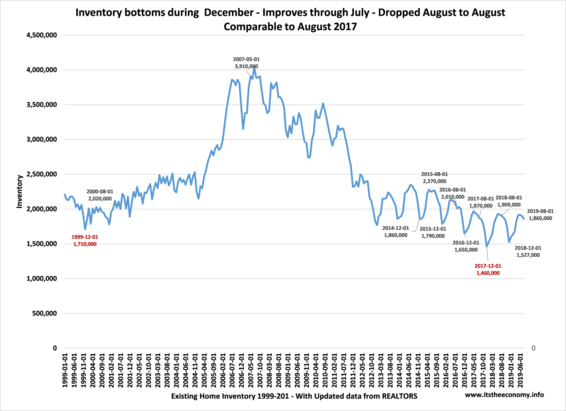 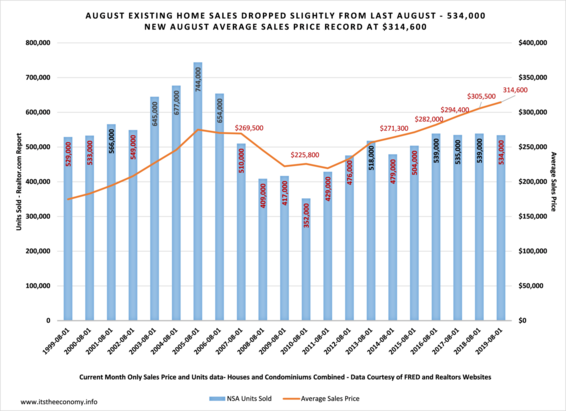 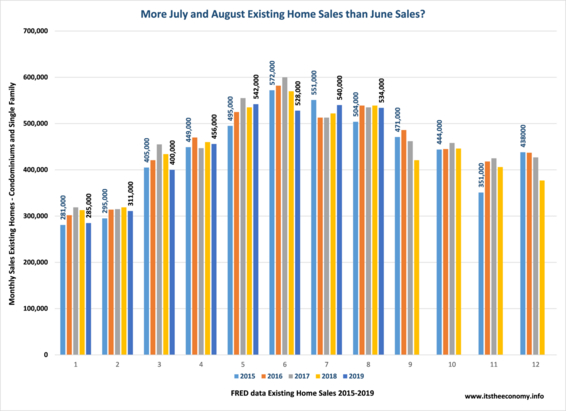