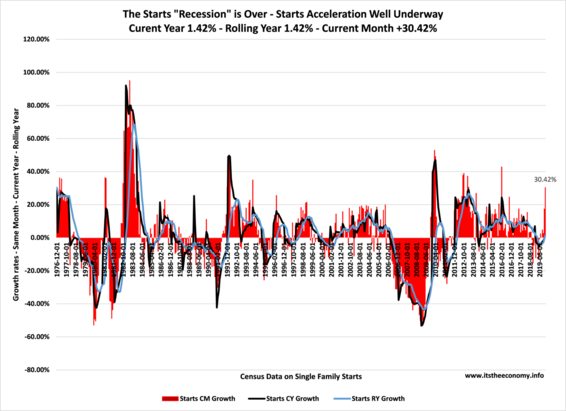 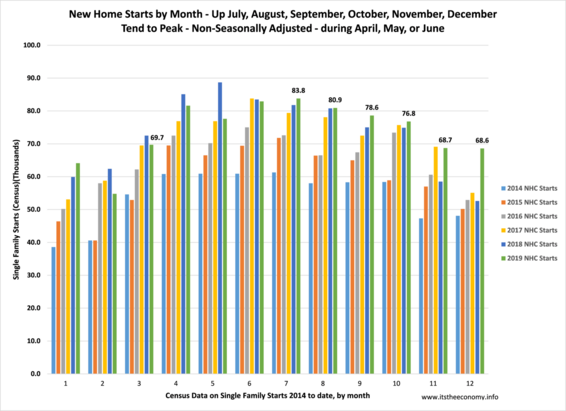 There are three main real estate reports that deserve attention: New Home Construction, New Home Sales, and Existing Home Sales. The largest portion of the real estate market is existing hoe sales. The sales of existing homes and new homes spur the jobs market and the retail sales market. Last December we had a Government Shutdown that started to influence the real estate markets and the rest of the economy.   New home starts have lagged last year's levels. Starts data normally dips November to December. We had 68,000 starts during November. That was expected to change this month. Units under Construction have been rising since 2011. We are near the all-time record units under construction level. We need roughly another 130,000 units added to the current level to hit the record level seen during 2005-2006.Completions have been the story of 2019. They were expected drop to the 54,000 to 59,000 range and be the best December since 2006.

The Seasonally Adjusted Annualized Single Family Starts Data came in at 1.055 million units. This compares well with the December 2018 data of 966,000 and the November 2019 value of 949,000. The total units  data was 1.291M last December and spiked to 1.608 million from 1.375 million during November.  This data has not been recorded during December since 2007 when the SA Single Family starts were 805,000 single family homes. No matter how you chart the data this was a strong December. This bodes well for the Gross Domestic Product during the first half of the year.

The Units Under Construction data jumped from 1.154 M last December and from spiked from 1.169M last Month and came to 1.192 million units.  This is a 2.0% jump from last month and a 3.3% advance from last December.

We have to wait until next week for the existing home sales data, as well as the new home sales data. Compare this year's data to last December's data. If Inventory falls below the December 2018 level and stays above the December 2017 level then we might have a big January for existing home sales. The new home construction data means that we may see a spike in sales and a spike in inventory.

This data is important because it gives a good reading on new home sales and jobs created by new home construction and new home sales. We started off weak for starts during 2019 and ended with a bang. The same could be said will regard to completions. It doesn't matter how you chart the data, whether it is same construction data in real terms or in percent growth. It doesn't matter if you are looking at the seasonally adjusted annualized data or the real, non-seasonally adjusted data.his could be a temporary spike that yields to consistent completions data during the year. This surge could last one year, two years, three years.Next month, the January data, will give us a hint of what we could expect. 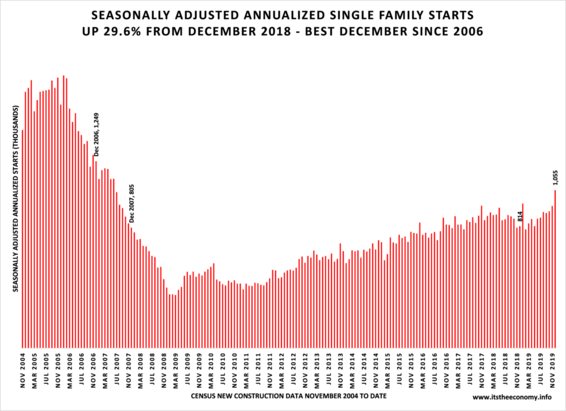 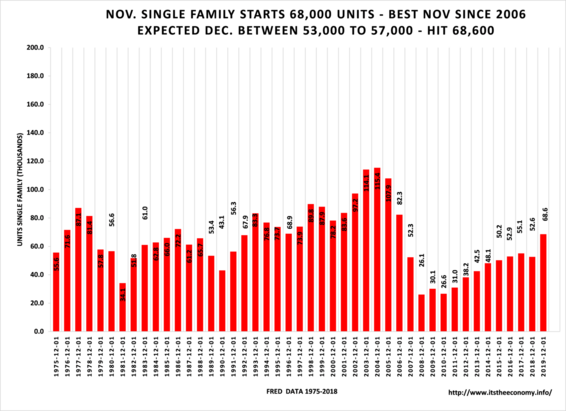