Commodity Deflation plus Service Inflation equals Unremarkable Inflation. The story behind the story is the weighting of the basket of goods. If you look at he first "Christmas" table {November CPI: Commodities Saw Deflation - Services Saw Inflation - Again) You will notice the the combined weighting has increased from 98.565% (2015) to 99.406% (2016) to 99.544% this November. You will also note that the commodity Relative Importance (RI) was generally reduced for Commodities and increased for services. Household operations are up. Shelter Costs are up (Again.) Last year this column calculated the inflation at 1.80% due to the skewing of the RI instead of the official 1.7%. The authors like to exclude the "volatile" food and energy prices. That must be nice to do during the Thanksgiving Holiday month. Energy inflation November to November was 9.4%. Food inflation was 1.4%. The combined RI is 21%. It must be nice to exclude 21% of your spending from inflation.

The weighting of the basket of goods is skewing the data lower than it could have been reported. The inflation for the past two years has been real and really under-reported. We are seeing commodity deflation and service inflation. Shelter costs and energy costs have surged since last November. The "gasoline stimulus" is gone. The surge in retail sales is not due to inflation - it may be due to "deflation." Medical care service are up. Hospital and related services are experiencing inflation. Medical care commodities are experiencing inflation. Details matter. 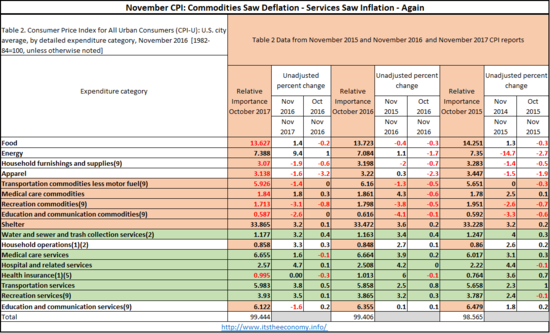 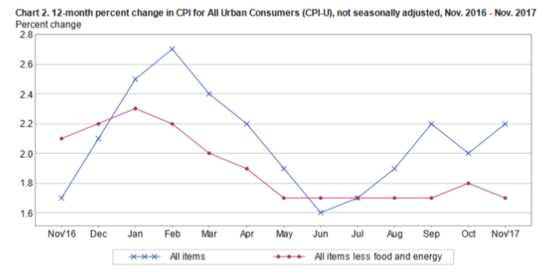 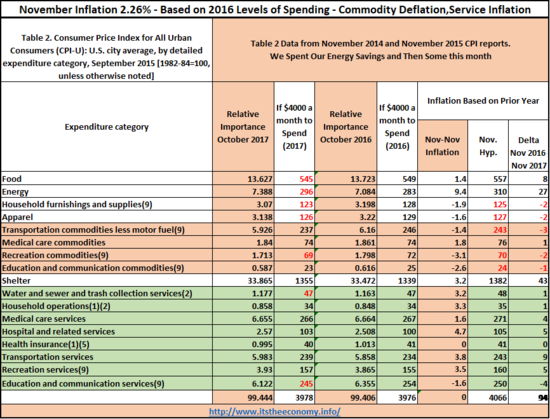 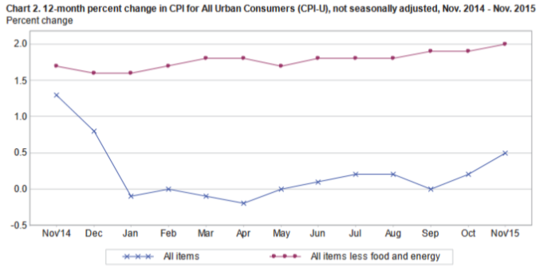 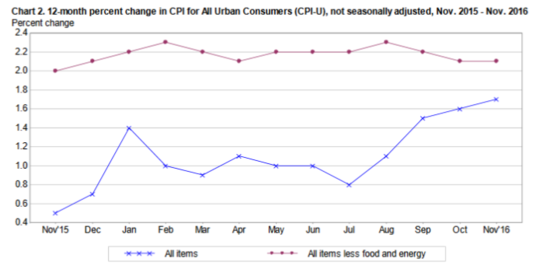