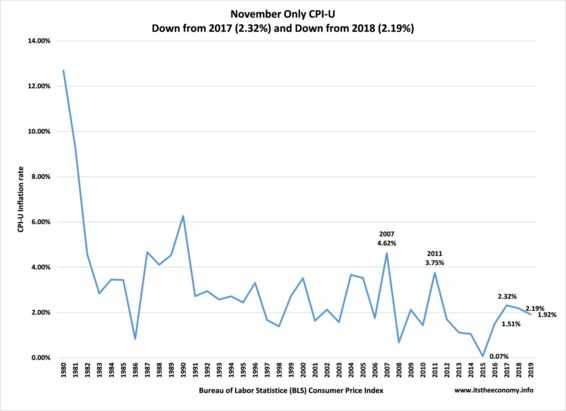 This Year the November CPI-U Inflation is just 1.92% - What Tariff Inflation?

The data that gets some attention during a month is the Consumer Price Index (CPI) Inflation Report. Inflation is important in our daily lives. It is paying more for the same thing that you bought last month or last year. Inflation was supposed to spike due to the Tariffs applied against various imported goods. Guess again.

Wages rose 1.98% to 6.13% November to November, based on Sectors. The Wages and Workers article examined the hourly wage growth, hours worked, and changes in workers by sectors. Total earnings rose 2.60% to 6.18% depending on sector. Earnings are growing faster than inflation.

The data is the data. We have some inflation and some deflation. 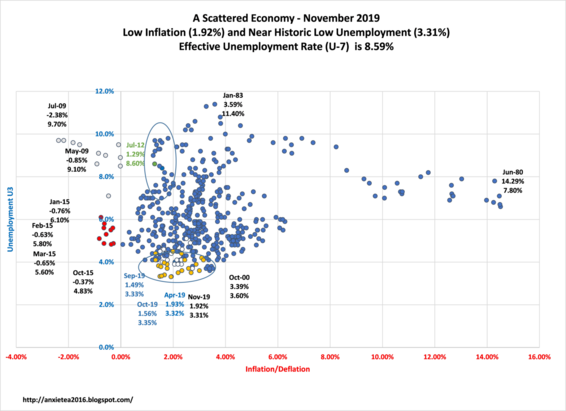