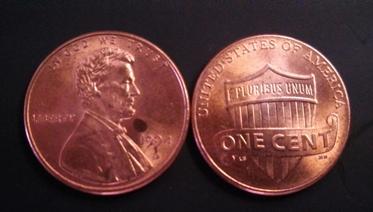 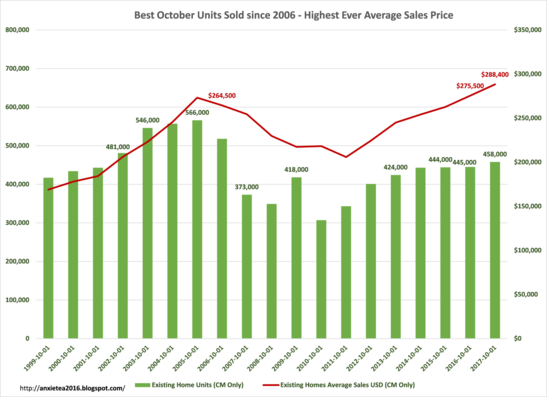 This week is a week to be thankful. We can be thankful for a job or a hobby, family and friends, spouses, fiances, children, and parents. We can also be thankful for food, shelter, clothing and a slow data week. We received solid existing home sales data and exceptionally strong unemployment claims data. The dearth of data also meant that this column could publish yet another article on the Budget and the Debt. Four years ago the sister site to this one published an article "Federal Debt: Mortgaging our Future - $117 Billion Monthly Payment" that compared the then $18 Trillion dollar debt to a mortgage of 180,000 on a $200,000 home (The "future, inevitable debt of $20 trillion.) The takeaway there was that we would have to run a surplus of $117 billion a month for 360 months to pay off the debt. We have to pay attention to the details and the data.

(Nov. 21) The Existing Home sales data was outstanding - the best since 2007 and approaching pre-peak values seen during 2002 - remembering that peak units sold happened during 2005, pre-recession peak sales prices hit during 2006, and remembering that we have the lowest October inventory since 1999. "October Existing Home Sales Best Since 2006" goes into the details.

(Nov. 22) The weekly unemployment claims data was released on Wednesday this week instead of the traditional Thursday release due to Thanksgiving. The article "Weekly Unemployment Claims: Thankfully Low" looks back at the First-time Unemployment Claims Streak FACT (False Assertion Considered to be True) and the Jobs Streak FACT. Unemployment claims have traditionally spike right around Thanksgiving, and if not for the skewing of the seasonal factors the past two years the 300,000 claims streak would never have gotten going. That said, the continuing claims level is the lowest it has been for the second week of November since the 1960s and the first-time claims data is the lowest it has been for the third week of November since the 1960s. The continuing claims data lags the first-time claims data by one week.

(Nov. 24) Anybody who remembers the 1992 election remembers H. Ross Perot and his "It's the Debt" line. If we eliminate the deficits then we can take care of the total debt. Congress is discussing "only adding"  $1.5 Trillion to the Federal debt over the next 10 year (That would be comparable to what President Obama oversaw during just one year of his presidency - talk about "unpatriotic and Irresponsible." "Federal Budget: When Off-Budget isn't Off-Budget" details how We are running on-budge deficits and off-budget surpluses. It also details how corporate revenue is a small sliver of the whole revenue pie. Isn't it convenient that people in the House of Representatives have two year terms and Senators have six year terms and they cannot balance the budget over  a period of ten years. These are children who wring up heavy debt on their parents charge cards and expect the parents to pay the bills.

The country is over $20.5 trillion in debt. Congress has been borrowing from Social Security and Medicaid/Medicare Trust funds - the Nation's collective IRA accounts - in order to reduce deficits. The economy is growing. Revenue is up from individuals and corporations.The more full-time jobs we have the better we do as a country, whether it is retail sales or home sales. Better retail market and housing markets mean more jobs. It is a virtuous cycle. 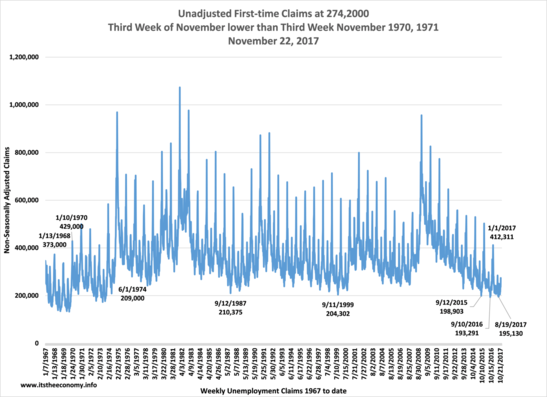