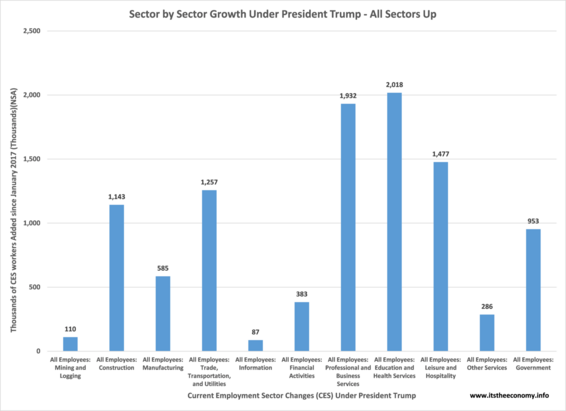 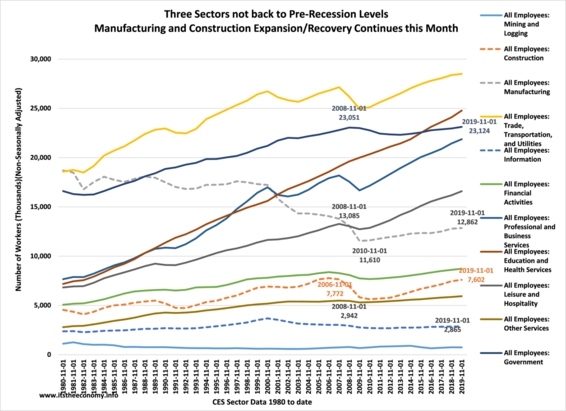 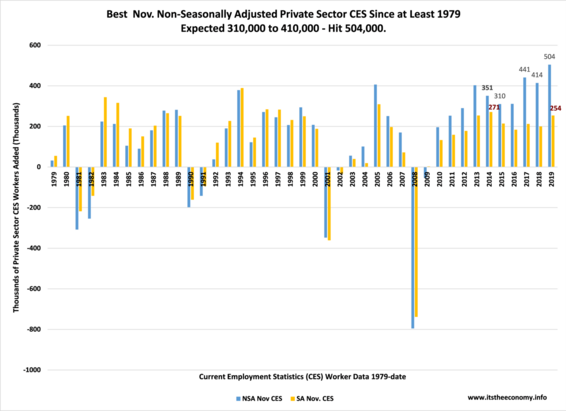 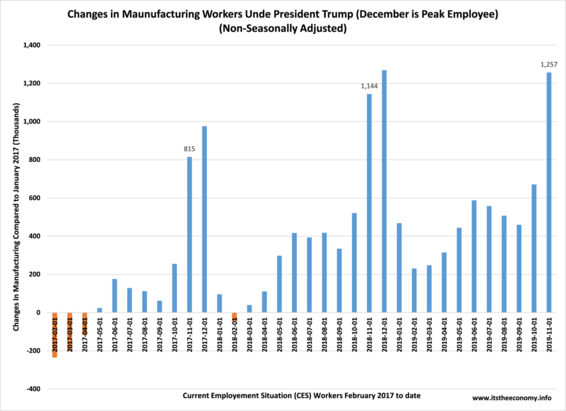 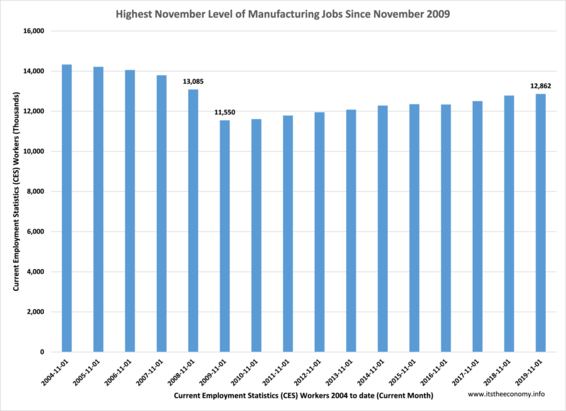 Will this Remarkable Jobs Report Take the Peloton Ad Out of the News Cycle?

We Added 504,000 non-seasonally adjusted private Sector workers this month. The non-seasonally adjusted Month to month CES data was pointing to a loss of workers in the Leisure and Hospitality (LAH) sector, the Other Services (OS) sector and the Construction Sector.  The largest growth rates for November workers were expected to be recorded with the Trade, Transportation, and Utilities (TTU,) Government, Education and Health Services (EHS,) Information Technology (IT,) and Professional And Business Services (PBS) sectors. November to November growth was expected in all sectors. The largest November to November growth was expected to be recorded in Mining and Logging (M/L,) Construction, PBS, EHS, and LAH. Manufacturing was also expected to pop here, as well.

We had our largest October to November Growth Rate since 1979 at 0.39%.Our Second Lowest November Seasonal Factor, had we. The lower the seasonal factor the lower that the seasonally adjusted CES data is reported. If we had the same seasonal factor that was used during former President Obama's final November in office then we would have had this number reported at 351,000 workers added - private sector workers. October than last reported. If you add 48,000 to 351,000 then you get a 399,000 headline number. This would have been comparable to November 1994. (Funny, that is what the histogram says it the data with which it should be compared.)

The Month to Month non-seasonally adjusted CES data was pointing to a loss of workers in the Leisure and Hospitality (LAH) sector, the Other Services (OS) sector and the Construction Sector.  We saw month to month contraction in M/L, Construction, LAH, OS, and Financial Services (FIRE.) The largest month to month gains were in TTU, IT, EHS, Manufacturing and PBS. The thing to remember here is that the overall trend for these four sectors look similar to the Manufacturing sector data. Manufacturing, Construction, Other Services and Leisure and Hospitality tend to dip during November.

Wage Wins Across the board. The CES data includes data on worker and wage data by sectors. Wages have been setting current month records all year long. This was expected to continue. The questions asked in the forecast article were: Would wages rise in all sectors November to November? Would workers rise in all sectors? Would hours drop in some sectors as more workers are available to do the work? Wages rose 1.98% to 6.13%, depending upon the sector. The overall hourly wage growth was  3.08%.

Hours workers were up except for Manufacturing, TTU, and LAH. Manufacturing workers are still working overtime. Leisure and Hospitality workers already work the fewest hours. Hours grew the most in financial services and EHS.

Overall Wages rose by 4.54%. Mining and Logging saw total wages soar by 5.51% even though the number of workers dropped by 0.80% November to November. Total income rose faster than 5% in five different sectors.

We have a record level of November workers earning record November wages. Manufacturing, Construction and IT still lag behind their 2007 levels. All three are rising. The seasonal adjustments could not turn this smile into a frown.