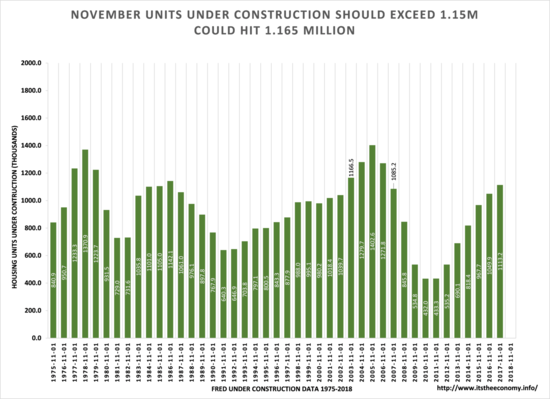 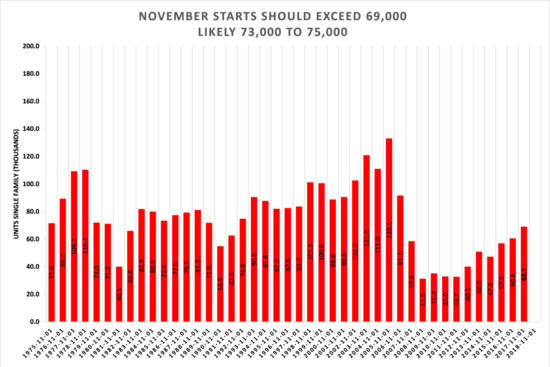 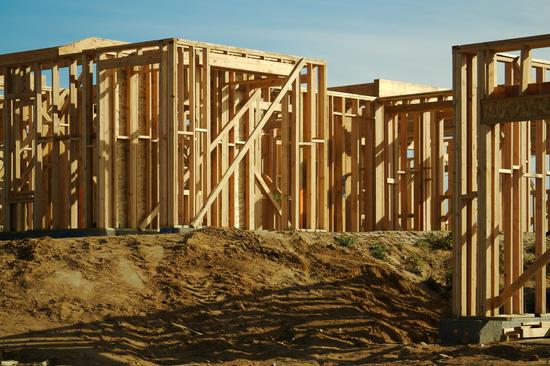 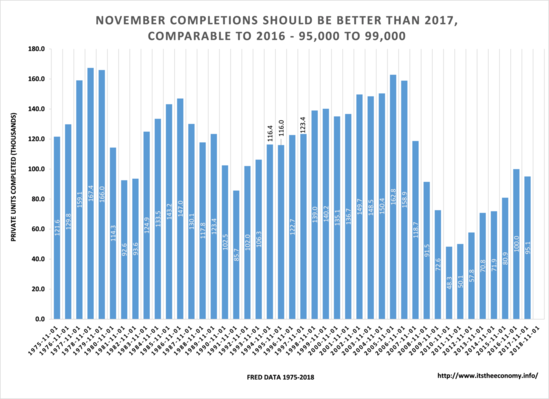 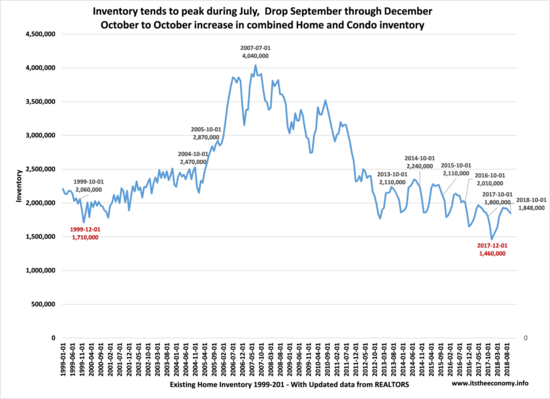 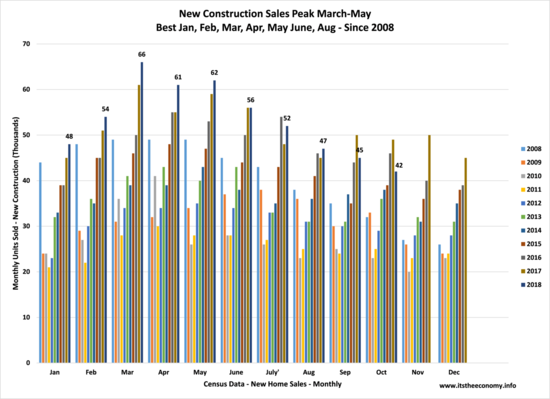 Monthly Data move in mysterious ways. That's why we need to look at the annual picture when it comes to housing.

The Monthly Employment Situation Report is one of the most important economic reports that is released during the course of a month. The most important series of reports is the Real Estate Series. The Real Estate Series includes the New Home Construction Report, the New Home Sales Report, and the Existing Home Sales Report.  The "Great Recession" was a combination of three recessions that was measured as a Gross Domestic Product Recession: The Housing Recession, The Jobs Recession, and The Retail Recession. We recovered from the Retail recession, first, followed by the Jobs Recession. We are still in a recovery mode for new home construction, new home sales, and existing home sales. We have not returned to pre-recession levels of construction or sales. There have been many in the media that have said that last month's new home sales data was an indication that we are in a slowdown. This column published an article that detailed how last month's inventory level was finally "back to normal" and that we were ahead of last year's new home sales level through October.

You cannot have normal sales without normal Inventory. Both the existing Home sales and the new home sales have been held back by a lack of inventory. Both are seeing inventory levels stabilize. There are a number of ways to forecast the potential data. Month to month growth, same month growth, current year growth, or trailing year growth can help. The Fall and Winter months see decline in sales and are seasonally adjusted to lessen the blow. What should we expect from the November New Construction Data, the November New Home Sales Data, and the November Existing Home Sales Data? The following is commentary on the non-seasonally adjusted data.

The Number of units Sold may be underwhelming. The narrative last month was that new home sales were slowing. This column did some research and found that while the past few months have been slower than last year, the beginning of the year was well ahead of last year's level.  The month to month data indicate that we should see 43,000 to 45,000 units sold. The November to November changes project 52,000 to 56,000 units sold. Normally such a divergent pattern indicate that the lower level is more likely. The rolling year sales are up 4.5% from last year. This indicates that we could see 52,000 units sold. The current year data is up 6.18% from last year. This indicates 53,000 units sold. Don't be surprised with a value of 48,000. Do not be surprised with a value of 45,000 or 53,000.

Inventory could dip. Completions are rising. Once they are completed they become inventory. Inventory is expected to grow 0.4% to 1.4% to a potential range of 332,000 to 335,000. The November to November growth is expected between 8% to 16% or between 312.000 to 335,000 units. The inventory level had increased by 17% from October to October. If this continues then we should see 338,000 units. This would be a slight decline from last months 341,000 units. A dip would slow down the serious rise in inventory that we have seen during the past year. That would be okay. Builders want to reduce inventory by the end of the year and still have homes in the pipeline for Spring and Summer.

Inventory normally peaks during July and troughs during December or January. The month to month drop could be 3 to 8% to 1.7 or 1.8 million units.  The November to November drop could be 10% or a gain of 2% yield. Last month we saw October to October growth from 1.800 million to 1.88 million, or just over 4%. Last year we had a November record low 1.67 million units. If we grow by 4% from that level we would hit 1.74 million units.  Down could be Up, and that would be a good thing.

Rising Interest rates will kill the housing market? Note the question mark. The Devil is in the details. A person I respect was questioning my belief that the economy will continue to grow and that Retail would help lead the way, He was thinking that because the interest rate has "spiked" from 3.93% last December to 4.63% this December that people with adjustable rate mortgages adjust higher by 30%. That's not how it works. If the average sales price is $300,000 and the average buyer place a down payment of 20% then the mortgage is $240,000, A 3.93% mortgage rate, what we had, would mean Principal and Interest (P&I) of 1135 per month. This year it would mean P&I of $1235 per month. This is only an increase of 8.7%.

Rising Interest Rates will kill the housing market??  We had our best housing market for units sold during 2005. We set our pre-recession average sales price record during the Summer of 2006. The 30 year fixed rate was 6.74%. the week of July 13, 2006  This week it was 3.93%.  A rate of 6.74% would yield P&I of 1555. That would generate a 37% increase in monthly payments. We aren't  going that high any time soon.I am not encouraging an idea that we need to raise interest rates to spur home sales. I am saying that people need to do some research. Also, remember the mortgage deduction is based on interest paid. Higher interest rates, higher interest paid. Again, I am not encouraging higher interest rates so we can increase deductions.