There are a number of reports that give us an insight, or more, into the health of the economy. The monthly Employment Situation report, or jobs report, tells us which sectors are adding workers, what the average weekly wages are by sector, and how we are doing with regard to full-time jobs and part-time jobs. The more full-time workers we have the better the economy. The higher the weekly wage the stronger the economy. Some commentators are looking for Goldilocks numbers, not too hot, not too cold. The problem is that we have had such anemic growth during the past decade that any growth that is faster than what we have experienced seems like we are "overheating." We are emerging from an economic Winter. Anything feels warmer during the Spring and the Summer. There are a number of ways to examine the data. We can look at month to month changes, same month changes, rolling year growth and current year growth. What should we expect from Friday's November MARTS (Monthly and Annual Retail Trade Survey) data? What are the differences between the seasonally adjusted data and the non-seasonally adjusted data?

Month to month growth should surge, unadjusted, in at least five sectors. The largest gains should be in Furniture and Home Furnishings, Electronics and Appliance, Clothing, Sporting Goods and Hobbies, and non-store retail. There is the potential that Building Material and Garden, Health and Personal Care, and Gasoline sales could fall month to month. The interesting thing is that the seasonally adjusted data points to declines in Health and Personal Care, Sporting Goods and Hobbies, and even Furniture and Furnishings. Up could be down due to seasonal factors.

We should see same month growth reported in all sectors. The largest growth should be seen in Non-Store Retail, Building Material and Garden Equipment, Furniture and Furnishings, and Motor Vehicles. The seasonally adjusted data indicates that Sporting goods and hobbies could be the only sector to report a drop this November from last November's level.

The current year data is trending toward 6.07 trillion. Last month we were at 4.946 trillion in sales for the year. This means that over these two  remaining months that we could expect an average of 562 billion in sales each of these months. There is normally a much larger December than November. Will we see $530 billion during November and  $590 billion during December? Could we see $499 billion and over $600 billion during December? The preliminary data is that non-store retail (NSR) was up 9% compared to last year's Black Friday, with credit card purchase up 5%. If on-line sales are up 9% then we will have an additional 5.5 billion in sales. If the rest of the market is up 5% (from 437 billion) then we should see 459 billion in sales plus 67 billion or $525,000,000,000. 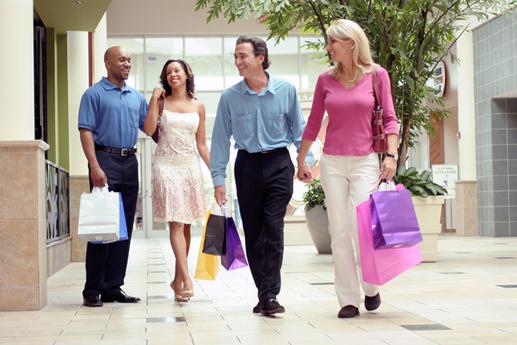