This week, contrary to what you may have read or heard elsewhere, was a pretty good for economic data. We received seriously good retail data, strengthening new construction data, historic unemployment claims data, and data recording a record existing home average sales price for the month of September.

(Oct. 15) This week was a big week for data other than the Jobs report data. This column produces forecast articles as well as results articles. "September Real Estate Forecast: More Good News" examined the data for new construction, new home sales, and existing home sales. It was projected that we would receive good data for new construction, mostly good data for existing home sales, with question marks regarding inventory and units sold, and new home sales.

(Oct. 15) A second forecast article was published last week for this week's MARTS retail report. We received the Monthly and Annual Retail Trade Survey data for September. We saw month to month, non-seasonally adjusted reductions in sales, as projected. We also saw September to September increases, as expected. "September Retail Report: Growth and Revisions" details how we are still on track for our best retail sales year.

(Oct. 16) A report that is receiving so attention these days is the "Job Openings and Labor Turnover Survey (JOLTS.)" This report covers the month of August. Remember hat we received the Jobs Report for the Month of September two weeks ago.  Some in the media are discussing how the Job Openings data has more job openings than we have unemployed workers. The problem is that the JOLTS data resembles the Current Employment Statistics (CES) worker data, while the Unemployment data is found in the Current Populations Survey (CPS) Jobs data.  Three different surveys - measuring three different things. You might as well compare a red apple with a pomegranate and a red Anjou pear. "August JOLTS: Some Surprises" digs into the data and details how three of the four sectors with the highest quits and the most jobs openings are three of the four lowest weekly wage sectors. 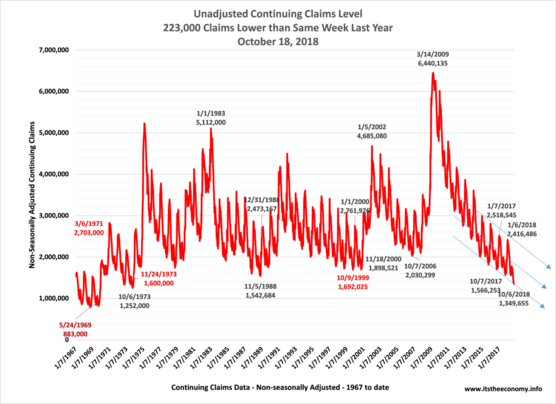 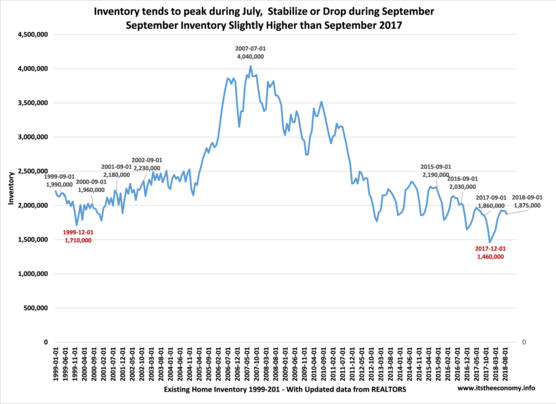 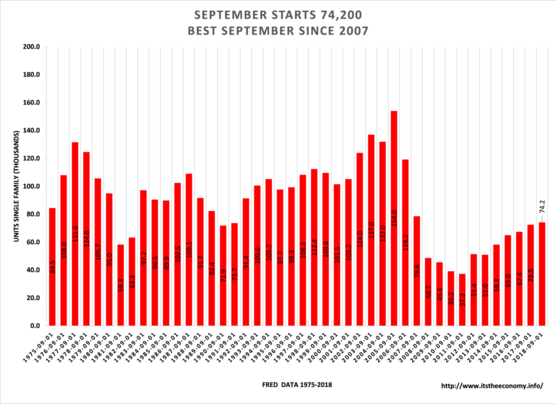 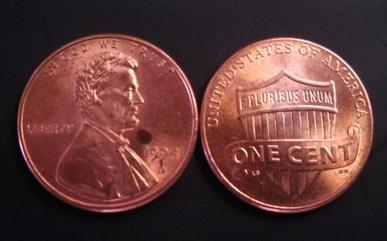