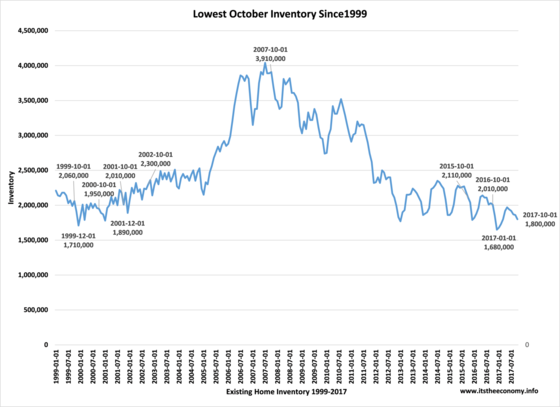 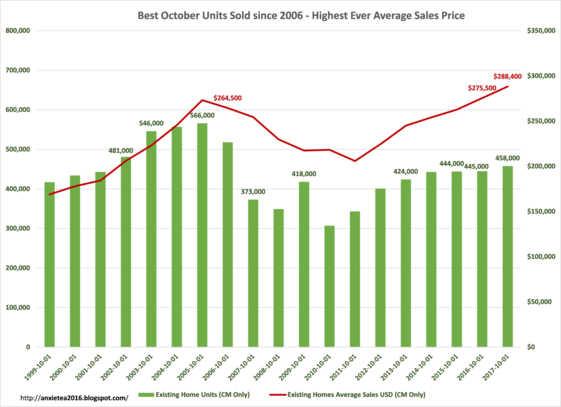 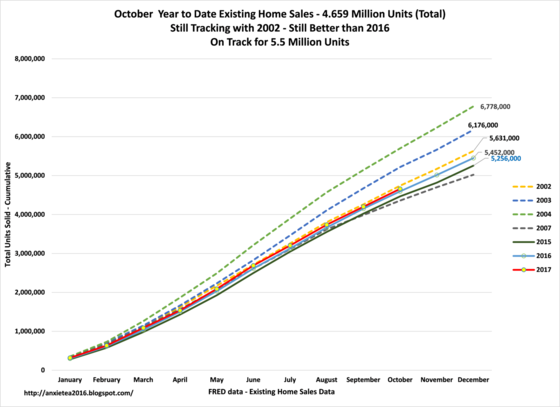 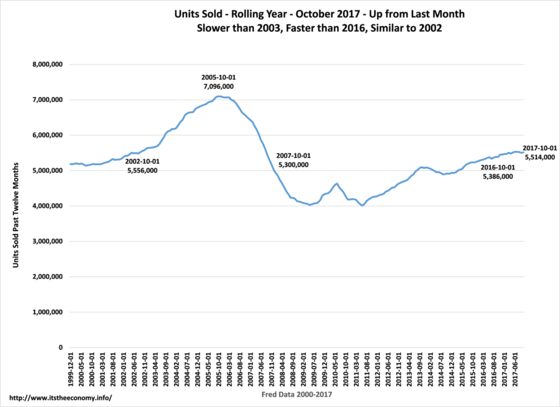 New October Average Sales Price Record of $288,400. The forecast article had projected  a range of $287,000 to $293,000. It is always challenging to project a record average sales price. People who were unable r unwilling to sell while prices were falling may be able to move this Spring.This is good news.

The Rolling Year Sales level is up 128,000 units from last year. This trailing indicator. The Realtors are saying that we have an annual rate of sale of 5.48M units and that this is down from last year's level. This is wrong. The RY data is at 5.51 million units and is up from last year's 5.386 million.

All of the data indicates a strengthening housing market. If the media was more interested in sales than salacious stories this would be garnering lead story status on every station. The most October units sold since October 2006. Yawn. Record Average Sales Price. Yawn. Seriously low inventory levels. Yawn. No go get ready at someone's house for more yawning after the tryptophan kicks into overdrive.