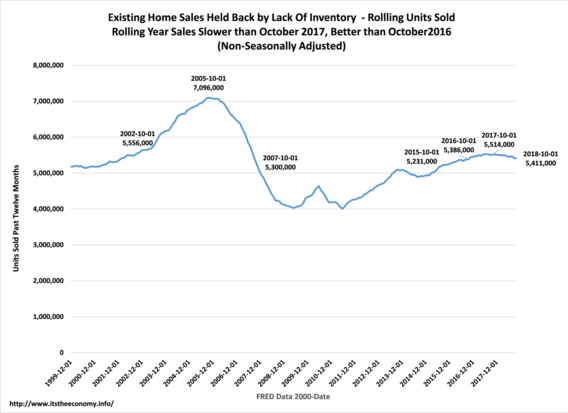 The October Existing Home Sales data was given a lukewarm reception by the media. "Why aren't we seeing sales comparable to the 2004, 2005, 2006 levels?" This column produced a real estate forecast article for October in which it was projected that we would see:

The reason why we are not seeing sales comparable to the "pre-Housing Recession Era" is that we do not have the inventory that we had during pre-recession times. What was recorded and what was reported in the Realtors October Existing Home Sales report?

Current Year sales are at 4.559 million units. We are on track to sell between 5.256 million units (2016) and 5.452 million units (2016.) We are hanging to the high side of this range. 5.35 million units or more is possible. If we feel that the CY data is closer to the 5.45 million units then the current year data is greater than the rolling year data, and therefore the housing market may be starting an expansion mode, once again. If we feel that the CY data is trending closer to 5.40 million homes then we are still slowing a little bit. The "seasonally adjusted data" indicates that the authors of the report feel that we are in a slowing market with the "annualized rate" for the next year at only 5.220 million. We could see a spurt in sales during November and December as people try to close on a home before the end of the year. We most likely won't exceed the 2017 value.

This data was about as good as could be expected for having painfully low inventory. Low inventory can spur multiple offers and higher prices. High mortgage rate may spur some people who were waiting for interest rates to "bottom out" to jump into the "game." All real estate is local. Prices very by state, county, municipality, school district, neighborhood or condominium, or style of home. Some markets may be oversupplied while others may be critically low. If you are thinking of buying or selling a home it is recommended that you contact a local Realtor. Inventory should bottom during December and start climbing during January. Now is the time to get your house ready for sale and to get your pre-approvals initiated. 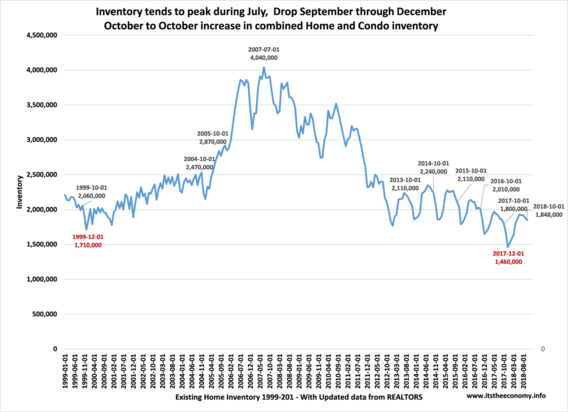 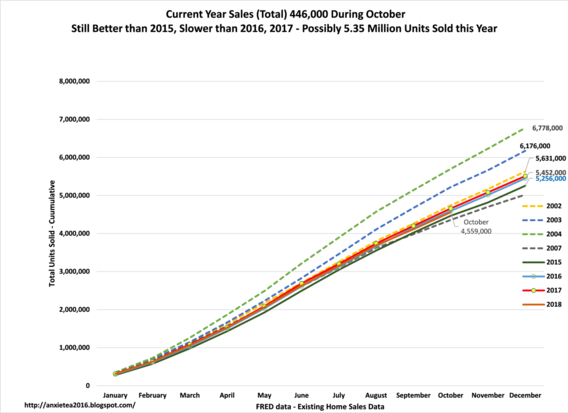 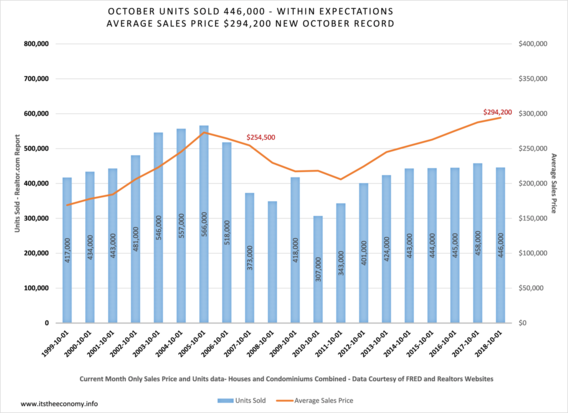