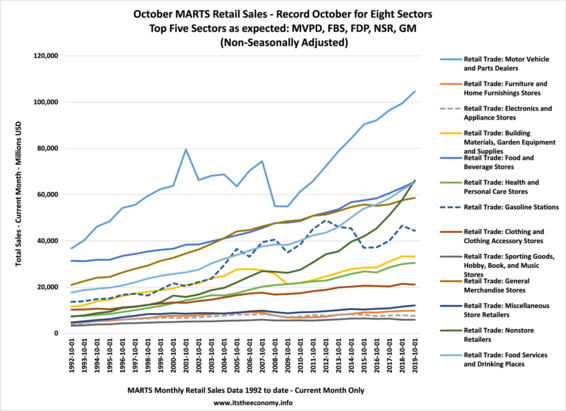 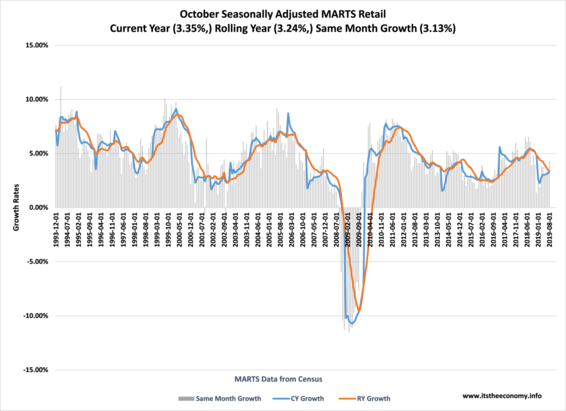 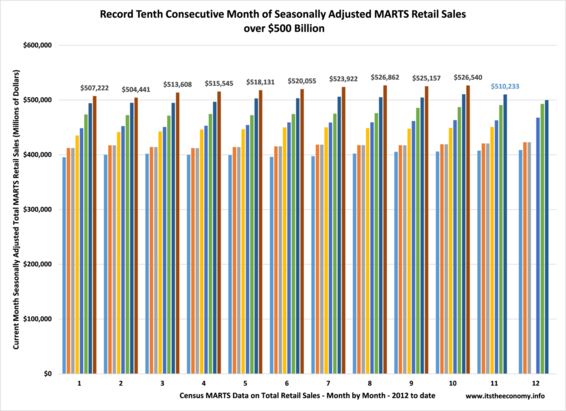 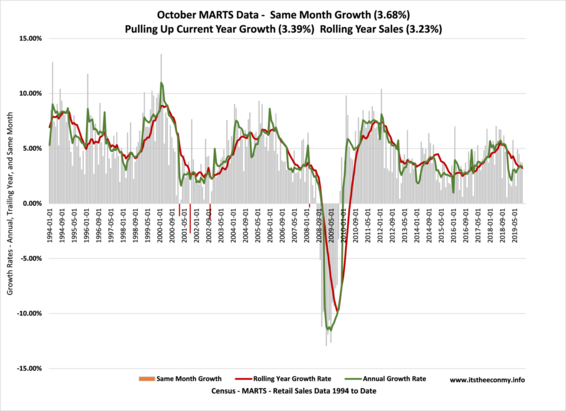 Current Year Sales are up 3.39% while Rolling Year Sales are up 3.23%. The largest growth during the first ten months of the year have been in NSR (12.52%,) FDP (4.20%,) HPC (3.73%,) MVP (3.63%,) and MISC (2.67%.) If you look at he non-seasonally adjusted 13 month data table you will see that we were growing at a much faster rate prior to the Government Shutdown, or "Schumer Shutdown." This is why the rolling year (RY) growth rate is lower than the current year (CY) growth rate. The situation where the CY rate is greater than the RY growth rate means that the economy is expanding.

Seasonally Adjusted October to October growth was 3.13%. First, this is the tenth consecutive month with seasonally adjusted MARTS sales in excess of $500.000B. Second, we had more SA MARTS sales this month than we had during either November or December Last Year. Third, nine out of thirteen sectors grew October to October. The declines were in EAS, BMGE, GASS, and CAC. The sectors with the largest growth were NSR (14.25%,) FDP (4.68%,) MVP (4.46%,) MISC (4.27%, and FBS (3.21%.)

Last year we had $6.021 trillion in non-seasonally adjusted total retail sales. The seasonally adjusted data was reported at $6.023 trillion. The current growth rates, and the acceleration thereof,  means that we could hit $6.25 trillion for the first time ever. We are on track for another record retail sales year. It is unlikely that we will hit our first ever $600 billion month this December. We would need a 7% spike over last December's level. If we get 5% then we would hit $591B. That is possible. If we are setting records and "nobody" reports it, did they really happen? Yes. Yes, they really happened. Others are just distracted by Impeachment-mania. 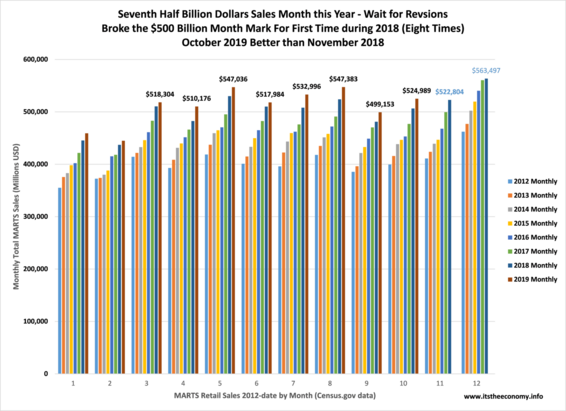