Last week we received the new home construction data for October and the existing home sales data for October. The forecast article "October Real Estate Forecast: Banging Ahead" projected good things for the new construction data and "not bad" things for the existing home sales data. The new construction data was not well received by the mainstream media because it came in slightly lower than expectations. The current year starts data, and the current year completions data, are ahead of where we were during October of 2017, which is better than where we were during October of 2016, 2015, all the way back to October of 2009 for Starts and October of 2008 for Completions. This was covered in "October New Construction Data: Goldilocks." The data was neither too hot, nor too cold. The data for existing home sales received another lukewarm reception this month. Existing home sales have been held back by declining inventory since December of 2015. "October Existing Home Sales: Solid" detailed how we have more inventory this October than last October, a new record October Average Sales Price was set, and how units sold are still better than where we were during October 2016. The October forecast article projected that we would see:

Current Month sales dropped below the levels seen during October 2016 and October 2017. This 42,000 level is still better than the October sales levels for October 2008 through October 2015. This is still low by historic measures. We have seen some of this over-performing and under-performing month to month this year.

The Rolling Year sales dropped to 628,000 units. This is "entirely" based on the situation that we sold 7,000 fewer units this October than we sold last October. This means that we could see another surge if there is a monthly surge during November or December as people try to move into their new homes before New Year's Eve.

The situation where the rolling year sales is slightly ahead of the current year data may reveal a slight slowing in the new home sales market. We have seen more existing home inventory coming onto the market. New home sales sometimes compete with existing home sales. We have seen some "backward" steps during the recent upward rise since 2011. There has been some discussion that the dip in sales is interest rate related. Rising interest rates can spur buyers to purchase prior to higher rate spikes. The converse is true in that falling rates often cause people to wait for a better deal on interest rates. Higher rates can reduce the buying power of the buyers or cause them to place a larger down-payment on the home, either in total down-payment or buy buying lower rates with points.

This report was better than has been reported and disappointing at the same time. The dip in units sold from last October was projected, it was not anticipated. Were some of these new home sales impacted by wildfires, hurricanes, or unseasonable weather settling in before expected? All real estate is local. Contact a Realtor or builder representative in you area to find out the specifics for your market. Prices vary by state, county, municipality, school district, neighborhood, size, and style of house. 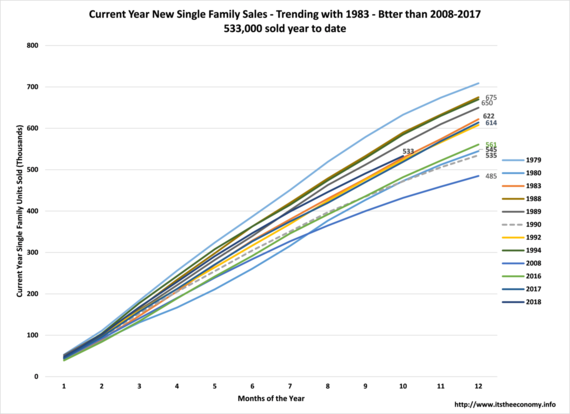 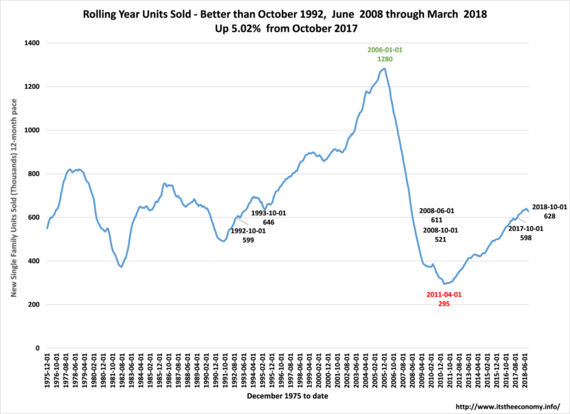 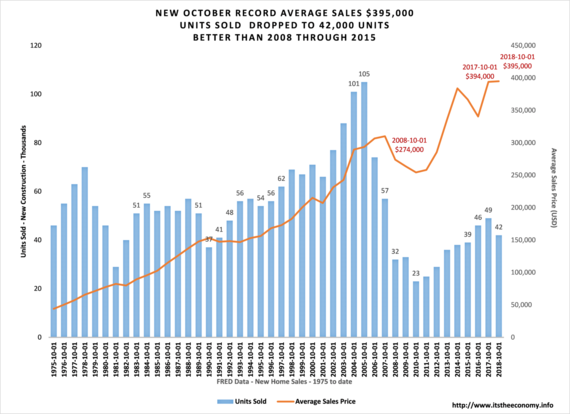 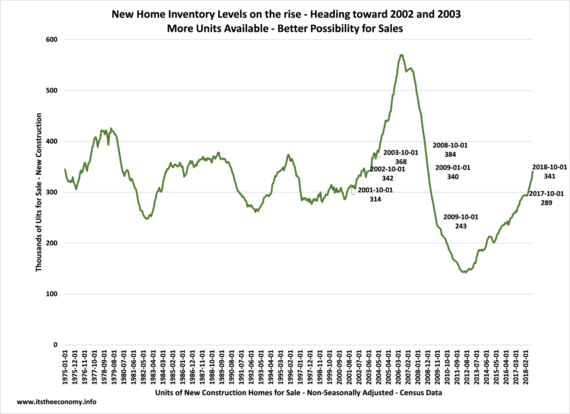